Recently we were able to get our hands on a near-final build of Super Smash Bros. Ultimate at a private Nintendo event. Not only did this include every fighter up to and including Ken and Incineroar, but it also gave us a chance to check out the all-new Spirits mode. While it’s easy to miss Trophies, left out of the game for the first time since Melee, what Spirits brings to the game was a lot of fun – both to play and to pick out how they dive into Nintendo’s characters and history.

Bringing faces both frequent and forgotten, we spotted plenty of Spirits in the pre-set demo build but the real draw was the fights themselves. When you enter the mode you can check out what’s called the Spirit Board, a collection of wanted posters showing what Spirits you can challenge and how long you have until they’re swapped out for a fresh one. As you challenge them, win or lose the chance leaves the board. Items will let you either repopulate a slot, shuffle up the board completely, and more. There didn’t seem to be any rhyme or reason as to which characters or series appear, and as far as rarity we only spotted a few Ace and Legendary Spirits on the board during our time. 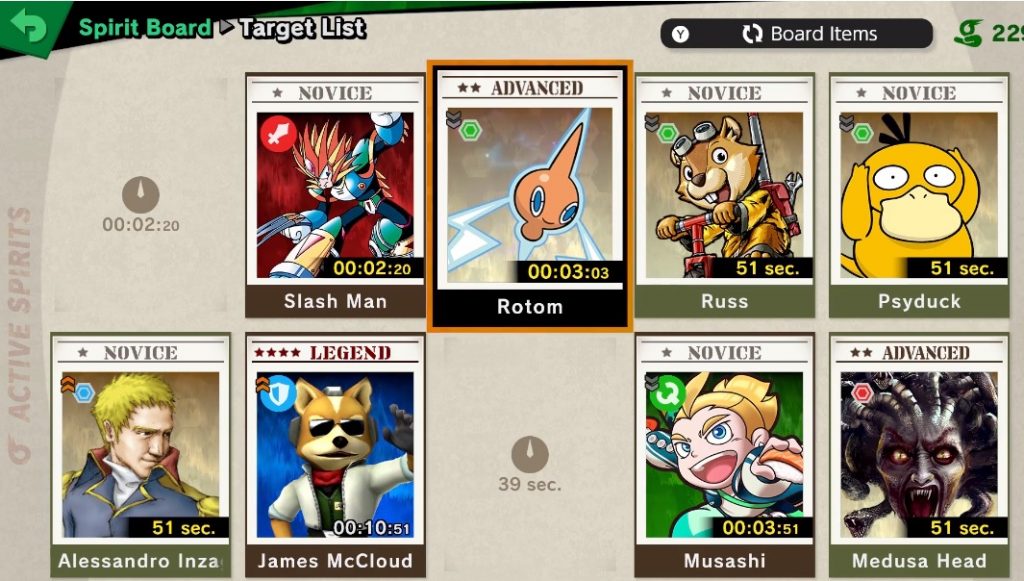 Even Novice and Advanced Spirits are fun to face though, and offer plenty of “a-ha!” moments of figuring out a reference. Breath of the Wild’s Urbosa took the fight to the Gerudo Valley stage against a different warrior woman – Zero Suit Samus. The main platform was covered in lightning to call to mind heading to Vah Naboris, and the Lightning Bolt item stood in for Urbosa’s Fury. We had similar shout out filled bouts with the likes of Mother 3’s beleaguered monkey Salsa and Donkey Kong’s distant relative Swanky Kong, with plenty more being possible both here and in the World of Light mode. Knowing that every earnable Spirit has this kind of thought put into it, Sakurai is living up to the mode’s philosophy for bringing in plenty more characters to face off against, in its own way. 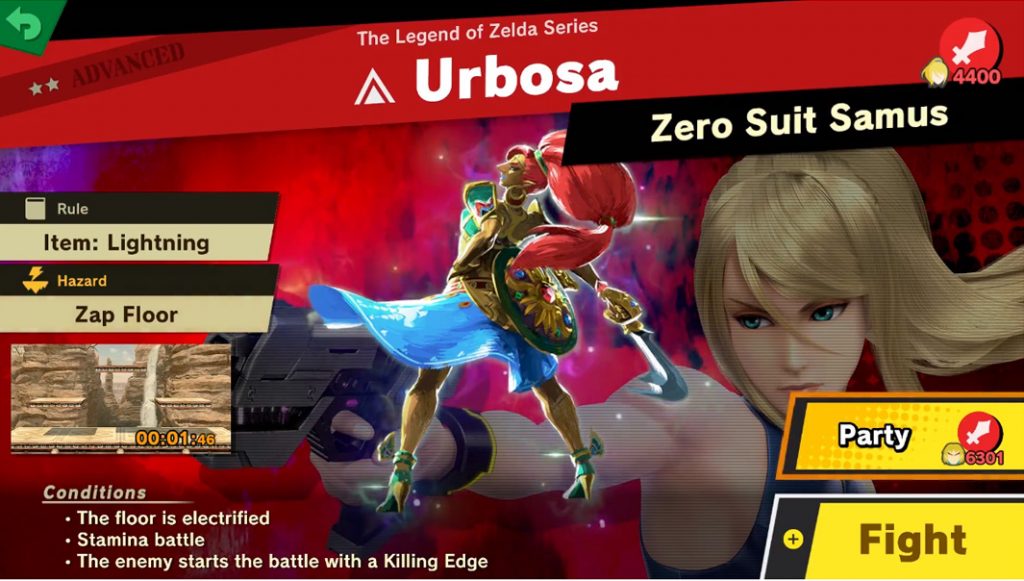 Stacking up your stats with powerful Spirits isn’t all it takes, though. By keeping your number closer to, and ideally below, the designated power level of a given fight you can increase the amount of rewards you’ll receive once the fights over. Even the Spirit you faced isn’t a guarantee either, as that takes some good timing. After any match in this mode you’ll have to capture the spirit by shooting them through a spinning barrier. Items will let you either slow it down or add more openings, and it looked like the higher a Spirit’s difficulty the faster it moved. Call this one a ‘Spirit’ual successor to the various Trophy gathering minigames in past Smashes, and while it isn’t game changing it adds another layer of tension to getting a Spirit you’ve had your eye on.

And there are a lot of them – we asked if there was a final number for the amount of Spirits in the game and while we weren’t given a hard number a representative estimated the number could break a thousand. All of these can be equipped in some way to power up your fighters of choice, all of their abilities and skills being references in their own right. If you don’t want to fuss with planning your load out to a T the game offers plenty of suggested equips when asked, getting you well suited for your current match with the press of a button.
With that many potential Spirits, over 70 fighters, a hundred stages, and all the items and effects possible; this mode manages to bring together some of the best of Smash into a single mode. In that way it might be one of the most ‘Ultimate’ things about Ultimate, and will be where I spend a lot of time once the game launches on December 7th.