We learned plenty about Smash Ultimate during the recent Nintendo Direct, but thanks to a live play demonstration from Nintendo Live 2018, we’ve got an even more thorough understanding of how the most anticipated Switch game is structured. The likes of Classic mode, Spirits mode, the in-game Shop, and more, all got some screen time. While the entire presentation is available to watch in non-subtitled Japanese, there’s plenty to see here for those eager to spot every inch of Smash as soon as possible.

As has been revealed before, Classic is now themed to each character with specific match ups and scenarios as well as individualized names. What wasn’t revealed though was a beautiful piece of artwork featuring the cast as the backdrop of the difficulty selection screen. Isabelle’s path got plenty of screen time, but it’s Ryu’s that really stands out of what was shown. It’ll be based on the Arcade mode of Street Fighter II, with Ryu facing opponents in one-on-one Stamina matches. While the first against Ken makes sense, the next match evokes Chun Li both with its music (a new track for Smash) and how it pits you against Zero Suit Samus (a woman in blue who fights with kicks).

Plenty of Spirits were shown off, both in passing and as matches (like Xenoblade’s Nia, having a Mii Fighter dress like her while you face it and an Incineroar in place of her Blade Dromarch). The Spirits Board was also shown, where various Spirits will swap out based on timers. Most slots were filled with lower rarity ones, but a Legendary Super Sonic did show up. Items can be used to both refill empty spots (due to claiming the Spirit as your own) and to shuffle out the entire board. There are also items for the Spirit shooting minigame that takes place after matches, letting you slow its barrier down or become smaller so you can better make the Spirit yours.

Spirit evolution and creation was demonstrated as well. Fully leveling Naked Snake from the Metal Gear series, for example, creates Big Boss. You can also utilize cores to create specific Spirits, usually tying into a theme. How else would you get Knuckles if not combining a tough and spiky Gordo from Kirby with the lead of (apparently not completely) forgotten Game Boy title Muddy Mole? These cores look to be best gathered by sending Spirits you’ve gathered away, turning them into resources instead. 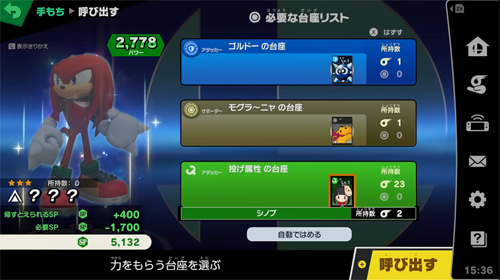 The Help menu was toured, revealing sections for techniques both cast wide and that only various, specific members share. These are indicated on the menu itself, so anyone picking up DK for the first time can see that the section on charging up attacks is relevant to their favorite necktie wearing ape. Likewise, they could just hop on over to the character specific sections and get a full breakdown of their special moves and properties.

The Shop was also shown and while it functions similar to the now gone Trophy Shop it now instead houses various other goods. Music is available here, as are Spirits. This included one for Daisy, which Sakurai pointed out was an unequippable Fighter Spirit. It wasn’t based on her Smash art however, perhaps hinting on that being available via a Classic mode clear in place of the now gone Trophies. 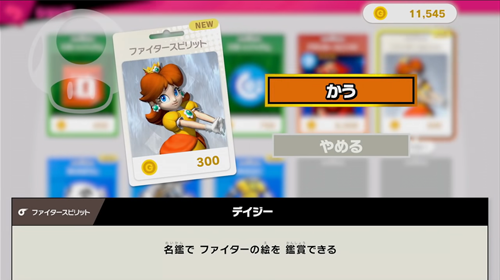 These is just a quick rundown, as the twenty-plus minute video has plenty more to see. If you’re interested in seeing as many Spirits as you can or just hearing how Sakurai seemingly knows every corner of Nintendo off the cuff, we definitely encourage you to watch the whole thing.