Pokémon director discusses why rivals have mellowed out over the years

There’re a ton of memorable bits to the original Pokémon Red & Blue Versions, with one of my favorites being just how much of a smug jerk your rival was. Maybe it was Gary’s arrogance in the show, to the point of calling Ash a loser on random sign in the middle of a route; or the fact Blue’s “Smell you later!” just sounds so stupidly rude it can’t possibly be taken seriously but you still have to outplay the guy at every turn.

As the versions changed though, particularly starting in Gen III, what could be called your rivals started to be nicer. Competitive sure, but they generally lost their edge. Wally was a sickly boy that gained confidence via his relationship with you and a nice kid through and through, with the dynamic changing from game to game thereafter in various ways. Speaking to GameSpot, Pokémon series Director Junichi Masuda spoke on this gradual change and why Blue was so blatant in the first place. 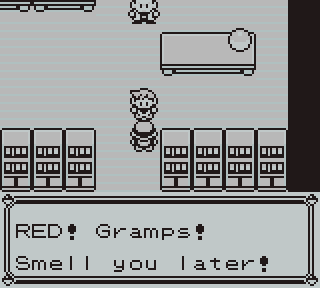 Turns out hardware limitations were the key reason. Because of how minimal overworld sprites were, the team made the rival more antagonistic in his personality and dialogue to get the point of his role across. Likewise the fact that the whole game was in that pixelated style meant actions weren’t a factor, and that having a rival behave that way with HD models would leave a different impression than what grew out of Gen I. He also, on a more personal level, doesn’t think those personalities are “…as accepted by players as they were back then.”

It’s less than a month til we’ll see how the new take on your rival in Pokémon Let’s Go! Pikachu & Eevee keeps this trend going. Be sure to keep an eye out for more on the games as we get closer to a new venture in the Pokémon world.