A while back, a datamine of Super Mario Odyssey confirmed that a zombie outfit was on its way to the game. Now, months later, Nintendo has finally made our dreams come true by officially releasing the terrifying costume for all to purchase! 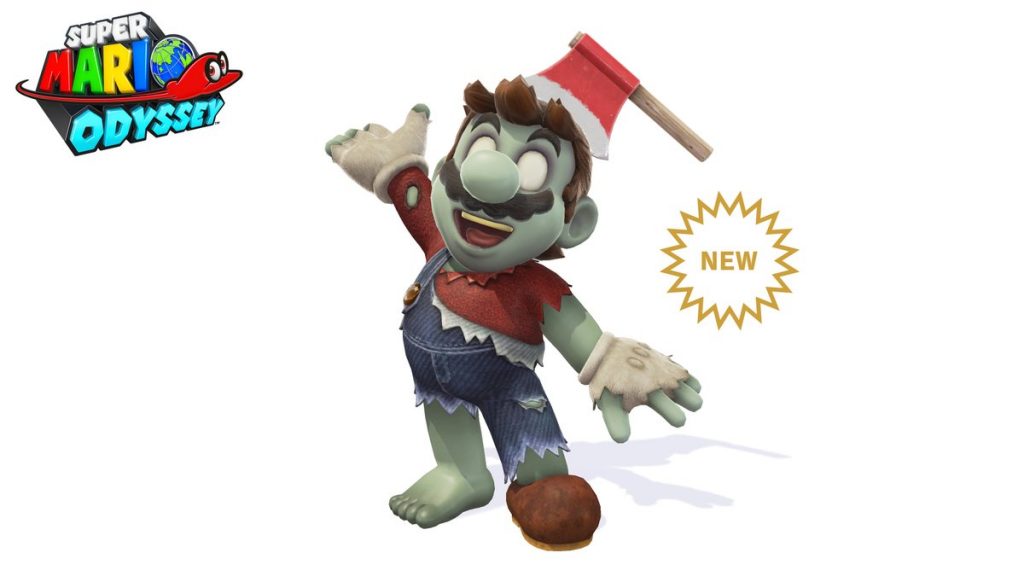 Like other outfits, this costume comes in two pieces; an axe that rests on Mario’s head and the zombie suit itself. The axe will set you back 3,000 coins while the rest of the outfit will run another 5,000. If you need to collect loads of coins fast, you can always head on over to Bowser’s Kingdom and use our handy, dandy guide to gather loads of coins like a pro. Good luck!