Chinese conglomerate Huawei states their smartphone is superior to Nintendo Switch, which is decidedly not a smartphone

So Huawei — a Chinese smartphone manufacturer — recently revealed their newest model phone, called the Huawei Mate 20 X. And while that name sounds like a Tony Hawk’s Pro Skater trick, the company decided to compare the phone not to nor actual competitors Apple and Samsung, but instead to the Nintendo Switch. Which, uh, isn’t a smartphone. 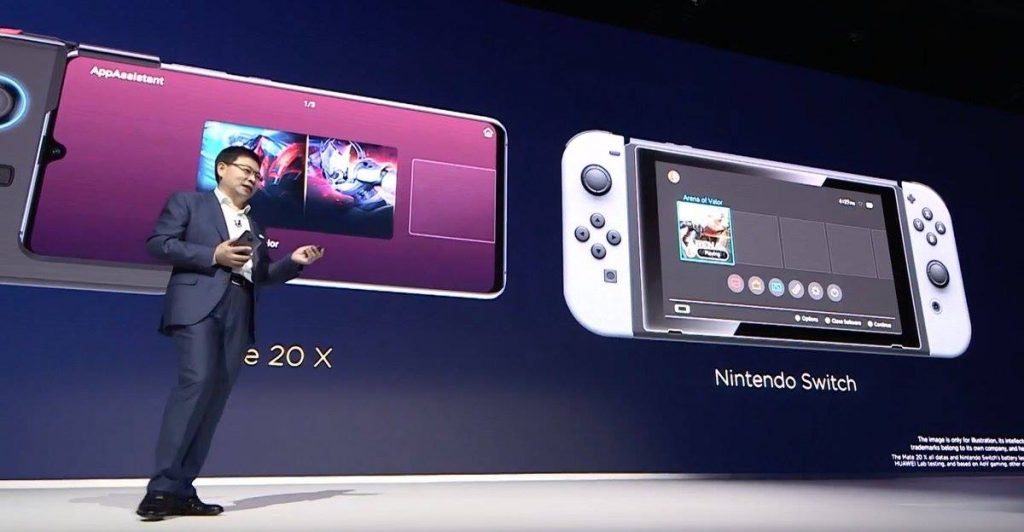 On the one hand, the company did make some comparisons that had a certain thread of logic to them. The Mate 20 X has an attachable Gamepad similar to Joy-Con, the battery lasts longer than the Switch’s, and the screen is also larger and at a better resolution (though if you ask me that’s way too flippin’ big to be a proper phone). But at the same time, the Switch isn’t engineered to make calls, and the Mate 20 X isn’t gonna be playing Super Mario Odyssey anytime soon. It’s comparing apples to oranges, except the apples have GPS and gacha games, while the oranges can play Super Smash Bros. with a bunch of your friends.