Mario + Rabbids: Kingdom Battle was quite the surprise when it launched last year, blowing away most people’s expectations by mashing together two unlikely franchises into one strategic adventure. Given its critical and commercial success it makes sense that both Nintendo and Ubisoft would want to continue the partnership, and a new survey from the latter suggests a follow up could be in the works…

Ninwed over on Resetera has pulled in several screenshots of the survey. A few of the questions relate to which Mario characters you’re familiar with and which you like. Naturally, Waluigi is among them. 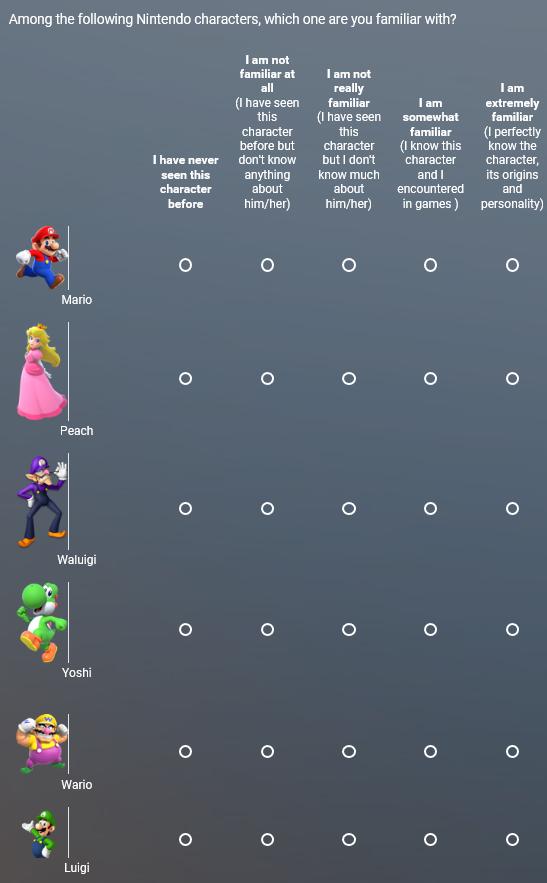 Not only that but you can say how much you liked the Rabbids in Mario + Rabbids itself, why you picked the game up, how far you got into it, and more. There are a lot of specific questions with answers that could change up the gameplay significantly if implemented, so it’s definitely worth checking out if you were a fan.

Intriguingly Ubisoft also asks about your familiarity with different strategy and RPG franchises, such as Advance Wars, Fire Emblem, and Divinity Original Sin. 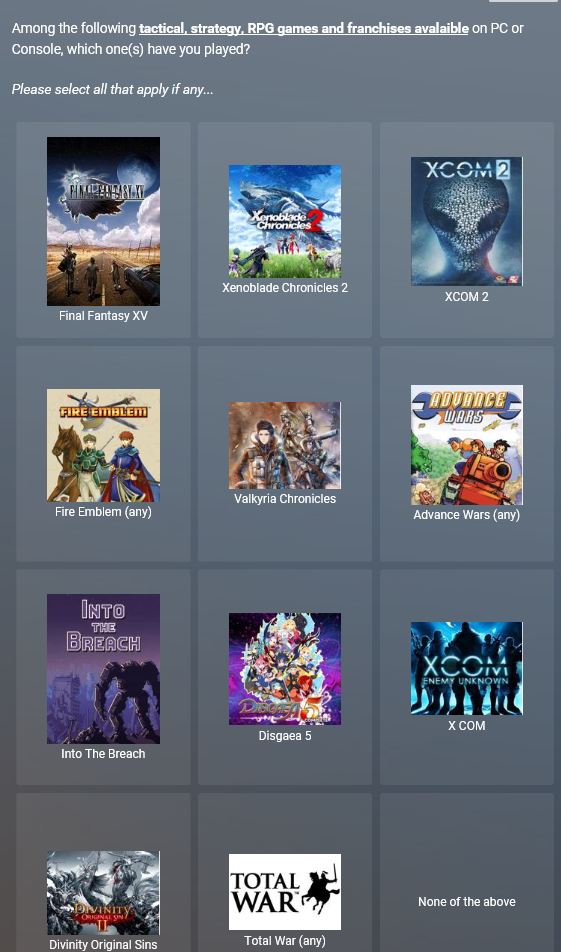 It’d be interesting to see if a possible Mario + Rabbids 2 could pull from other sources! In any case, we’ll be sure to let you know if and when the bizarre cross-over continues.