Hey there, Fortnite kids! Or whoever you are! Want to spend money to purchase a free-to-play game? Then Warner Bros. and Epic Games have the deal for you! The Fortnite: Deep Freeze Bundle is releasing on November 16th for $29.99, which is a steal… for the companies! 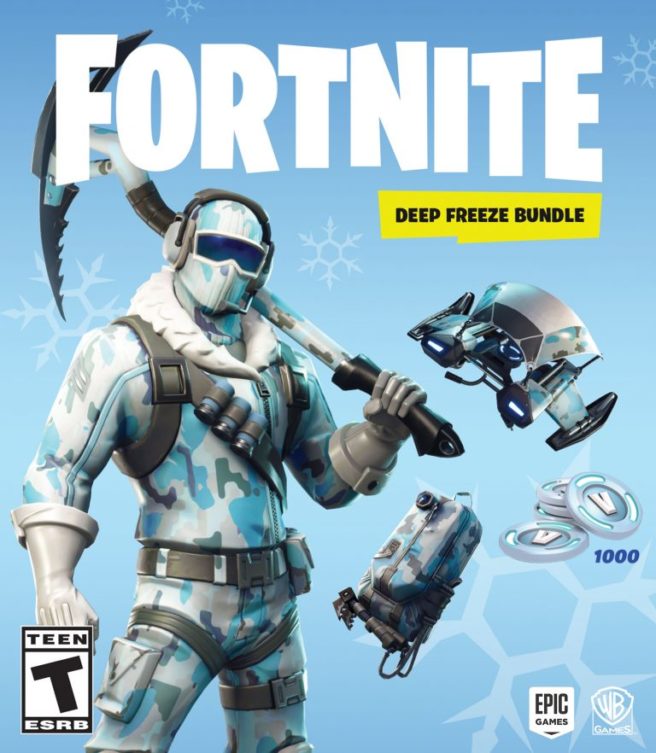 In all seriousness, the bundle contains a batch of goodies that are worth the price, including a themed outfit, glider, pickaxe, bling, 1,000 V-Bucks (in-game currency) and the Premium Battle Pass. It’ll also be sold digitally, which means you don’t have to worry about trucking over to Best Buy if you want a copy. So hop off the Battlebus (or whatever it is you do in this game) and grab a bundle!