To begin with a cliché, there are a lot of good games out there — especially right now, when it seems like a lot of AAA studios and indie developers are putting out their finest work. But what separates a good game from a great one? From a legend? In a word: heart. A feeling, a sentiment, a sincerity of emotion that imbues the work with a veracity that no amount of expert game design or well-crafted writing can replicate. And if there’s one thing that Wandersong has, it’s heart.

A musical adventure game that hits all the high notes, Wandersong is a delightful journey filled with songs, merriment, and moments of self-reflection. While mechanically simple and light on difficulty, the joyous aesthetic and complete genuineness make for an experience that feels homey and personal, resonating on such a level that it just makes you want to sing.

Wandersong follows the simplest of plots — the world is ending, and the only one who can save it is a little bardlet, who must journey across the land to collect the pieces of the Earthsong. With the help of a grouchy witch named Miriam, you’ll travel all across the world to a variety of colorful locales, solving puzzles and saving the world with the power of song. And while the concept is basic as can be, the story ends up being a treat from beginning to end. 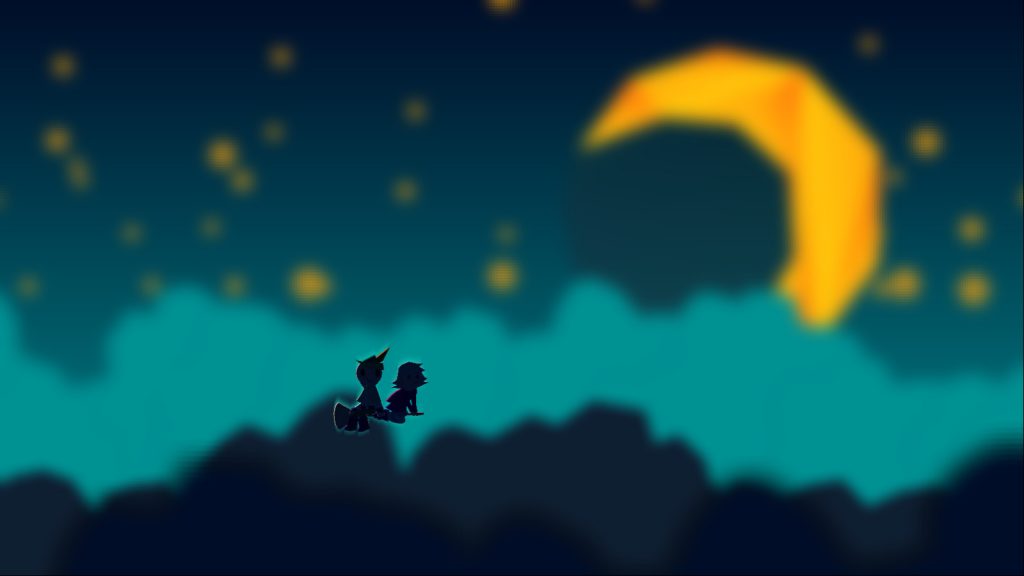 I was ultimately surprised by the maturity present in the game’s narrative — not the “blood and guts and death” kind, but legitimate emotional maturity. This was especially present in the relationship between the bard and Miriam, which starts off rough but progresses smoothly into a wonderful friendship, with some very tender, very honest scenes that provided the storytelling highlights.

Going into Wandersong, I expected a pure, wholesome adventure unwavering in optimism and niceties — and by and large that is the path it took. But it was not without its glimpses of struggle and cynicism, as the bard encounters obstacles both physical and personal on his quest. While the game is still idealistic to its core, it is not without self-awareness, and as a result it avoids the potential of being sappy or overly-saccharine. It’s not exactly the most unpredictable plot, but there were quite a few moments that surprised me in the best way.

Wandersong is in the running for the most colorful game of the year, if not all time — the smattering of hues from across the spectrum is absolutely gobsmacking. While the game generally goes for a rainbow scheme, it isn’t afraid to adopt more focused palettes — depressed blues and grays, tropical greens and yellows, harrowing reds and magentas — to suit the scene or mood. 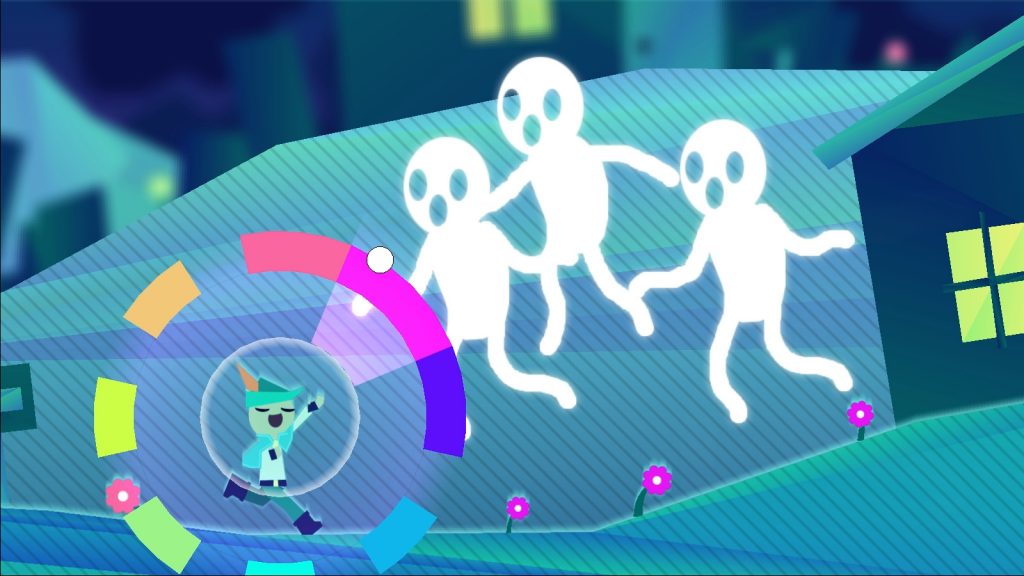 And the rest of the game’s visual style stacks up, too. Reminiscent of construction paper cutouts, each NPC has their own style and look, expressing a variety of body shapes and sizes while adhering to an overall aesthetic. Characters are lively and expressive, and even the text denotes personality. The only downside is that the resolution can sometimes be a tad pixelated, especially in silhouetted scenes, though it’s less noticeable on TV than in handheld mode.

And it wouldn’t do if a musically themed game had a bad score, would it? Wandersong packs both atmospheric quietude and melodious heartstring-pullers in its artillery, balancing the two out wonderfully. The soundtrack is enormous, sampling from a variety of sources (including Mother 3 and Undertale, which does not surprise me in the least) and providing some truly memorable performances. In terms of artistic pleasure, Wandersong gets high marks on both fronts.

You have one tool in Wandersong: your voice. Using the right analog stick, you can hit one of eight color-coded notes at basically any time (even during most dialogue.) Sometimes you’ll have to hit a sequence of notes; other times you’ll have to sing to move things in a particular direction; and there’ll be moments when you’ll perform little rhythm games. Think of it like using instruments in Zelda, except with more notes — and lasting for the entire game. 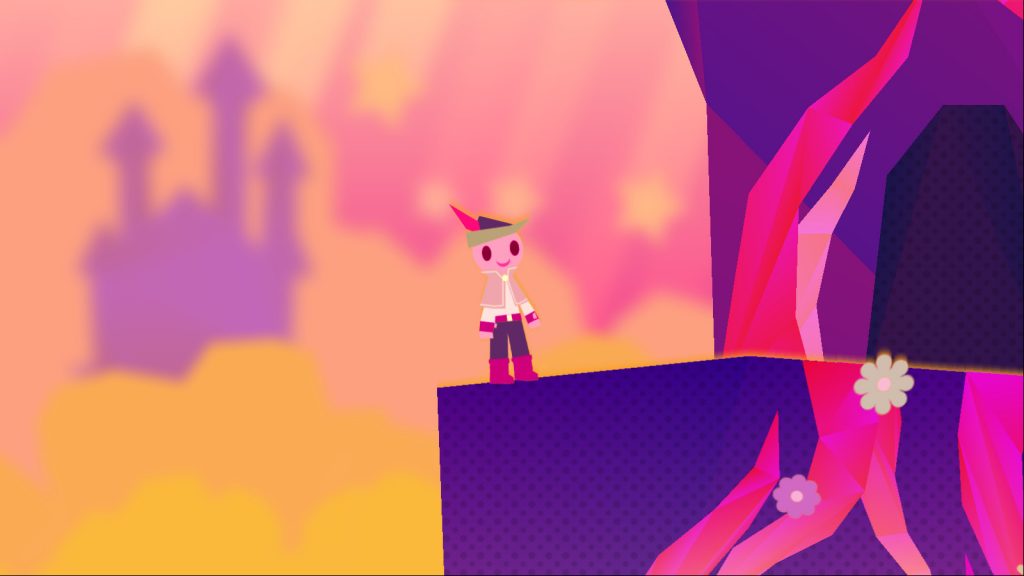 The variety of uses for singing is really impressive — it never feels like there’s one set way in which it grants you abilities or clears obstacles. This is especially evident in the ethereal Spirit World segments, which loosen the realism further and allow for some really interesting and creative puzzles. Plus, it’s just fun to doodle notes in particular situations — especially since there’s various silly dances you can do in conjunction. (These dances are the game’s only unlockable, found by tracking down a masked guy in each chapter.)

The game’s control scheme is a bit unwieldy, however. It has enough lenience to not be broken or frustrating, but controlling with the right stick never quite felt as intuitive as it should’ve; and even into the late game there were times when I hiccuped on the controls. Part of this can be attributed to the Joy-Con sticks not having notches; I’d imagine this would play much better on something like a GameCube C-stick. It could also be a personal problem, who knows?

While the game’s levels and objectives vary in very satisfying ways, the overall pacing can feel a tad slow at times. One act in particular is twice as long as others — for twice as much narrative payoff, admittedly, but it still drags. Even the game’s grand finale, which is nothing short of spectacular, could probably have been condensed a bit to have a more focused oomph. These are more nit-picky criticisms, however, because my overall enjoyment was barely hampered in the process. 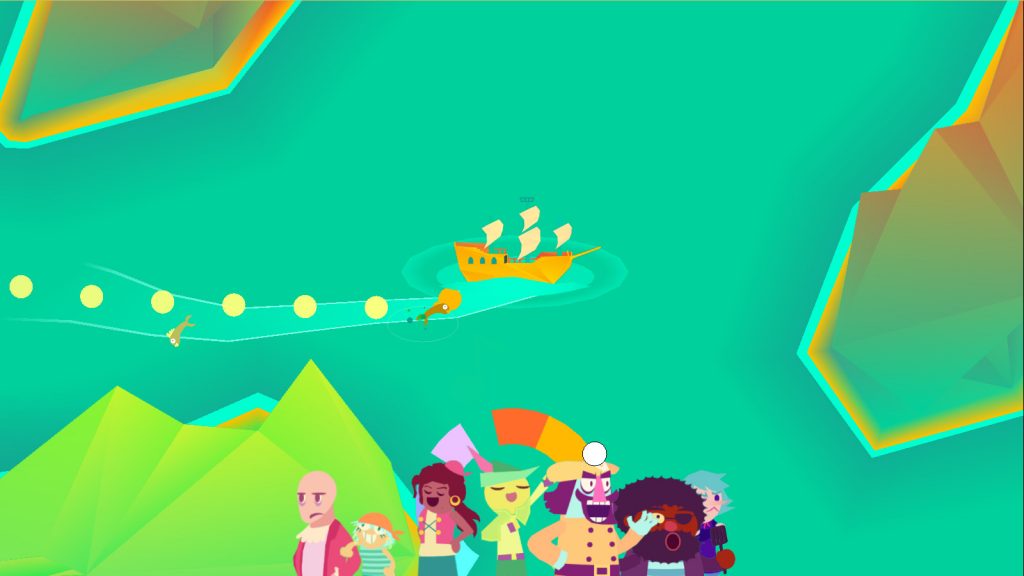 Take a melody, simple as can be

Wandersong runs about 12 hours in total, which is surprisingly substantial, and keeps delivering new ideas and mechanics late into the game before wrapping up in a majestic and satisfying way. And all the while, the bard doesn’t relent in his pacifistic quest to save the world without hurting others. And there’s something powerful about that.

People don’t like to talk about it, but games can be a violent medium. Not in that they inspire violence in the real world (obviously not), but almost every game that isn’t labelled “casual” — simulators, puzzlers, and so on — involve combat, destruction, or some form of violence to solve problems. Which is why Wandersong sticks out so much — in a medium where physical altercation is used as a primary method of solving issues, it actively pushes against the idea in a thoughtful (if idealistic) manner.

While not without its share of bugbears, Wandersong’s earnesty and passion make it a mellifluous tune from one note to the next. This is a great adventure game, just as suited for little kids as it is for older folk. It inspires hope, and kindness, and a whole symphony of other good feelings, all wrapped up in a harmonious and triumphant message — that it’s not what you are, but what you do, that makes you special. 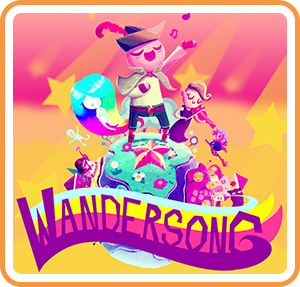