Dragon Quest XI: Echoes of an Elusive Age has just released in America for the PlayStation 4 and PC, with Switch owners looking out for any word on the promised port for their system. During Tokyo Game Show 2018, Dragon Quest creator Yuji Horii took the stage and while he didn’t provide a release date or even window, he did reveal the game’s title logo which features a little something new. 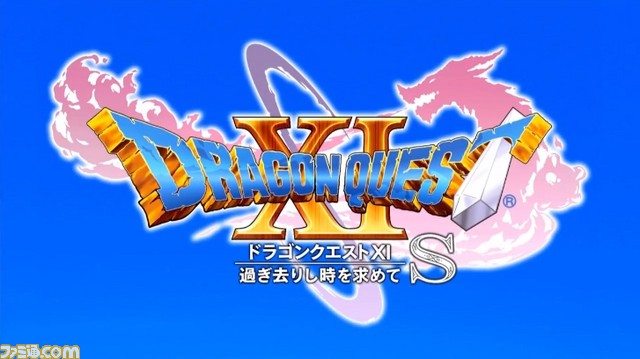 Now labeled Dragon Quest XI S (while keeping the original subtitle after as well), the new letter holds a triple meaning. Standing for “Switch” is clear enough, as is “Special”. The third, though, is “Speaking” (via the Japanese word shaberu), and with that came the reveal that the game would feature voice over. In Japan the PS4 release did not feature any voice over, suiting both the classic feel of the series and allegedly most players’ preference.

Hopefully this version isn’t too far away from release and can come to the states as well, making for some “satisfied” fans outside of Japan as well.