Rumor: A new Smash character may have been leaked (Spoilers!)

‘Tis the season — of creeping things lurking about, a chance for surprises at any moment, and tells so frightening they’ll leave you shivering. I’m speaking, of course, of the two-and-a-half months left until Super Smash Bros. Ultimate releases, where every wannabe artist with a copy of Photoshop tries to dupe the masses with lies and poor masking.

But it would appear that among the throng there might be one that is… legitimate? Well, we can only speculate as to its veracity, so take none of this as confirmation. But a “leaked” screenshot of the game appears to show a glimpse of (last chance to avoid spoilers) Ken from Street Fighter taunting alongside Ivysaur, Pichu, and Pac-Man.

There’s a couple things that add to this leak’s legitimacy. The UI overlay has what appear to be dev build elements built in, which obscures but don’t completely erase Ken’s portrait. There are small graphical features — such as the odd compression on Pac-Man’s mappy and Ken’s foot clipping into Moray Towers’ floor — that seem like slip-ups at first, but are actually reasonably consistent with the game engine. Not to mention Ken has been a longstanding Echo request (arguably the most logical choice for the mantle, in fact, given his history), and there’s nothing glaringly wrong with his model. 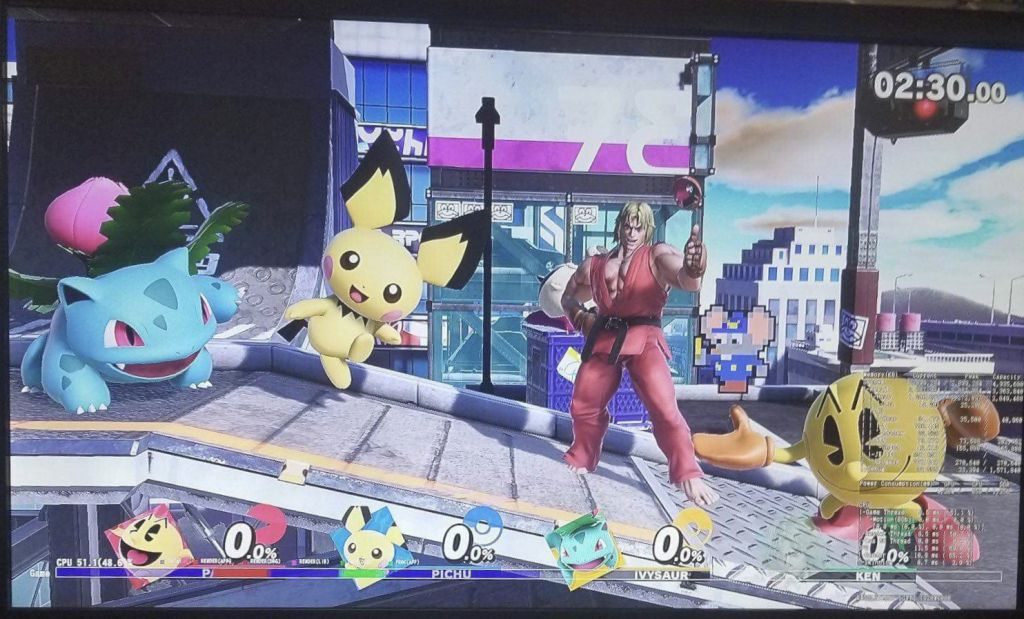 Of course, we must again reiterate that we don’t actually know if this is legitimate — we’ve seen some great looking stuff before that turned out to be a dupe (remember Rayman?) so nothing is confirmed until Sakurai says so. But I think there’s a non-zero chance that this one is legit — though if that’s the case, then all we’ve got on this new fighter is a taunt. Riveting.