One of the first games I can distinctly remember buying (mostly due to reviews) was The World Ends With You. The DS was my jam back in high school, with way too many hours clocked in with Pokémon Diamond and every bus ride ending up a mobile, class-wide Mario Kart tournament. Eventually, that luster dimmed and it was time to grab something new right around early 2008. Everything I read urged me to grab The World Ends With You, and so I managed to scrounge together some dosh, picked it up, and dove right in.

Ten years later and I’m dealing with that hype all over again, but this time I’m on the other side of the screen, able to tell you all why I’m eager to head back to the UG and countdown through another Reaper’s Game. Between now and then it may have re-released on tablets and mobile devices, but it’s this HD Switch release that’s dripping with potential and ready to flaunt its style both between your hands and for the first time on TVs. So here we go with five reasons why this game managed to stick with me for all these years, why I can’t wait to play The World Ends With You: Final Remix — and why you should be just as excited to take a trip to Shibuya.

Anyone who’s played Kingdom Hearts or a certain set of Final Fantasy titles should feel right at home looking at The World Ends With You. Taking the known street fashion trends of the Shibuya district of Tokyo and exaggerating them within his own trademark artstyle, this might be Tetsuya Nomura at his Nomuriest. The hard lines of the character portraits make them pop out as you unravel the story threads while the gorgeous sprite work makes battles flash by splendidly. All of this is coupled with purchasable and unlockable equipment and accessories, almost comic-esque effects in combat, and some sweet pin designs that’ll make a collector out of anyone. 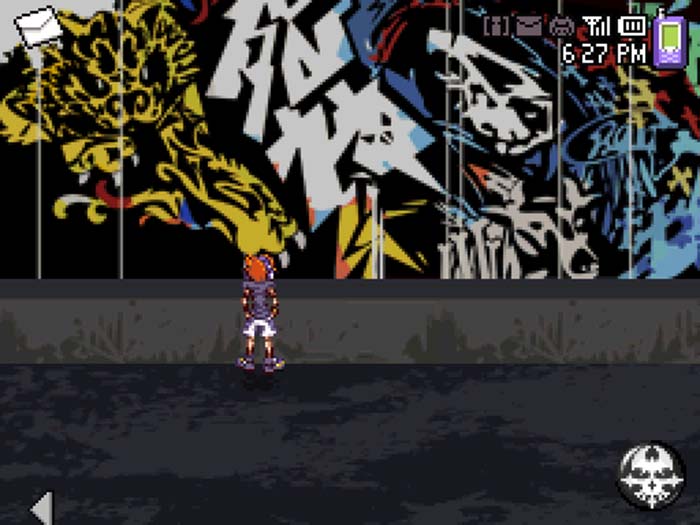 It’s not just the new and unique that makes The World Ends With You look wonderful. Known Shibuya landmarks are rendered well (albeit with some creative bends) and are worked into the story, becoming a character almost in its own right. Even if you’re in one, singular section of Tokyo the variety within holds true while being firmly anchored in “urban.” This city makes the game, and it wouldn’t be half as memorable without it as an inspiration.

Even if I listen to a lot of game music it’s almost always at the convenience of YouTube, Spotify, or some kind of built-in sound test. For TWEWY though, it was so infectious and befitting that I had to download it for myself. There’s a ton of variety here, from rap to pop to rock; soft and ambient to harsh, energy-filled jams. Some of it in Japanese, some of it in English, all of it capturing the mood and vibe of the game. Even now I still catch myself humming or listening to some of these again and again.

All this talk about style means nothing without some kind of substance, and thankfully, The World Ends With You is anything but one trick. Rather, it was always a game that stood out most because of how it was made for the DS. Battles played out across both screens, with one of your pair of characters controlled with touch controls and the other with the D-pad. It might sound overwhelming to some, but with some other design decisions, like powering up your characters for attacking one after another instead of simultaneously, it eases you into its trickier situations in due time and ended up with the perfect mix of addicting and unique.

There’s a lot more beyond the combat that makes the game stand out. Exploration lets you read the minds of NPCs to gather information, while your choice of food and fashion gives buffs based on how long it takes for the food to digest and which district you’re in respectively. It’s nothing short of excellent how TWEWY integrates its world into its gameplay — letting me order a bowl of ramen, put on my designer jeans, slap on some overpriced pins, and see all of those choices improve my performance in battle. Add in a way to actively lower my level to increase both challenge and rewards and the ability to gamble a bit by taking on fights one after another with no breaks — and even grinding becomes as fun, satisfying, or both. 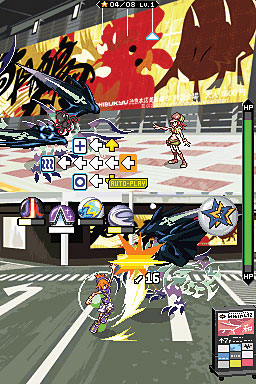 I’ve mentioned the narrative in passing a few times, but it bears its own specific section for sure. Dealing with relatable themes (with close to no subtlety in an anime-esque way) and characters who grow over the course of their dedicated chapters, I definitely got sucked in and had some clear favorites by the time the credits rolled. These ranged from a world-wise barista all the way to a math obsessed megalomaniac/meme machine — but it was really the core playable cast that make it resonate. I won’t spoil those bits for anyone diving in for the first time, but if you give it a chance, The World Ends With You can definitely make its mark.

As of right now, I haven’t gotten to play Final Remix, and I never played Solo Remix (that previously mentioned mobile/tablet release); all these thoughts are based on my ample time with the DS original. It was the type of game that drove me to gather up everything I could, be it by grinding or its pre-StreetPass socialization bonuses. I can’t promise you’ll walk away from its Nintendo Switch release sharing all these sentiments, but I can tell you that it was easily a worthwhile time and purchase back then. 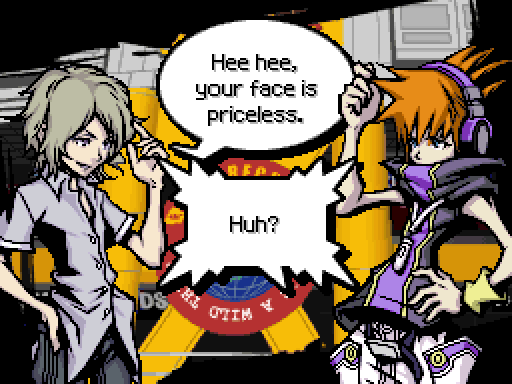 Here’s hoping this pushes some of you the way those reviews and previews did for me, and that you end up as pleased as I did. Consider this an open invitation and a full embracing of the game’s core message of needing to broaden your horizons to experience all that’s great — or more directly that “The World Ends With You.” Be on the lookout for this Nintendo homecoming for the game in about a month, on October 12th.