Final Fantasy VIII isn’t coming to Switch because, y’know, whatever, who cares?

Last week’s Nintendo Direct had a lot of Final Fantasy in it — in fact, there were a total of eight games announced for Nintendo Switch (VII, IX, X, X-2, XII, Crystal Chronicles, XV Pocket, and World of) that, despite being ports, have made a ripple. But while there are eight Final Fantasies, there is no Final Fantasy VIII, as the middle numbered PlayStation title is absent. But whatever. Who cares?

I mean, VIII — the one starring an aloof scarred dude who gets his clothes from the Hot Topic bargain bin — hasn’t been ported to other modern consoles like PS4 (probably because of music rights, of all things). But it’s not a big deal or anything. Really. I mean, c’mon, it’s not like you like the game or anything, yeah? All you’re going to do is play Triple Triad for 30 hours to optimize your junction setup so you can experience more of the rivetingly confusing story. Why do that when you can play another entry featuring a dude with a monkey tail? Or a sports star conscripted into fighting an eldritch doom whale? Or the game that’s just Star Wars except Chewbacca is a sexy bunny girl? 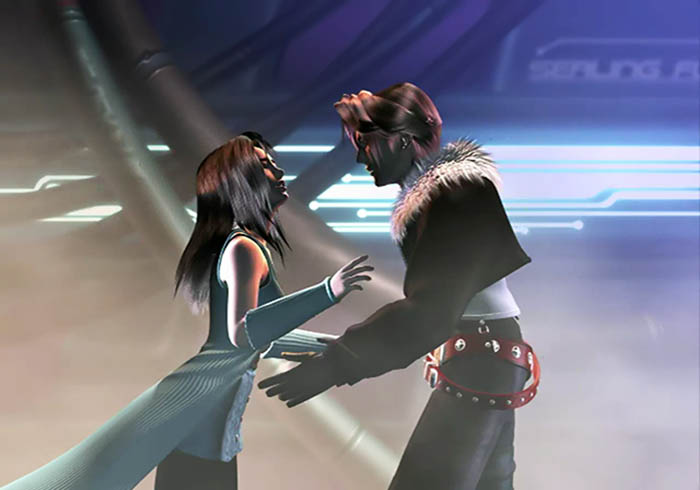 So our reaction to VIII’s snubbing is an apathetic shrug. Anyway, the real injustice is that we don’t have any info on a newer version of V or VI that doesn’t look like mobile garbage. Get on that, Squeenix! And maybe finish that VII remake within the next 30 years.