It’s been over seven years since Bastion released, making its mark in the gaming world. Now it’s time for it to build up that reputation further, making its Nintendo debut on the Switch. I played through it myself back on PC and fell in love with the game. It offers a great degree of customization for players, prompting me to talk with friends about our own preferences and accomplishments, telling our stories through a world after the end. Now it’s time for you to get ready for your own story.

When you start Bastion, you’re placed in the shoes of a nameless youth with stark white hair and nearly all he knows is gone. The world’s been ravaged and torn apart by what’s only called the “Calamity.” Venturing out, you take up your hammer and get to making your way to the last safe haven left — the Bastion. As you come and go from the closest thing you’ve got to a home now, you’ll head to what’s left of this strange floating place, hoping to find some sign of life and the resources you need to fix it all.

You’re not in it alone though.

Proper story’s supposed to start at the beginning

Usually when a game’s worth listening to it’s because of the soundtrack, or some kind of audio cue that incites the gameplay itself. But Bastion? Bastion isn’t ‘usually’. Bastion is a game that carries you through its world with a constant companion in the form of warm, smooth narration of your actions and experiences. So much of this game has a story behind it, and most of it veers towards tragedy and loss. 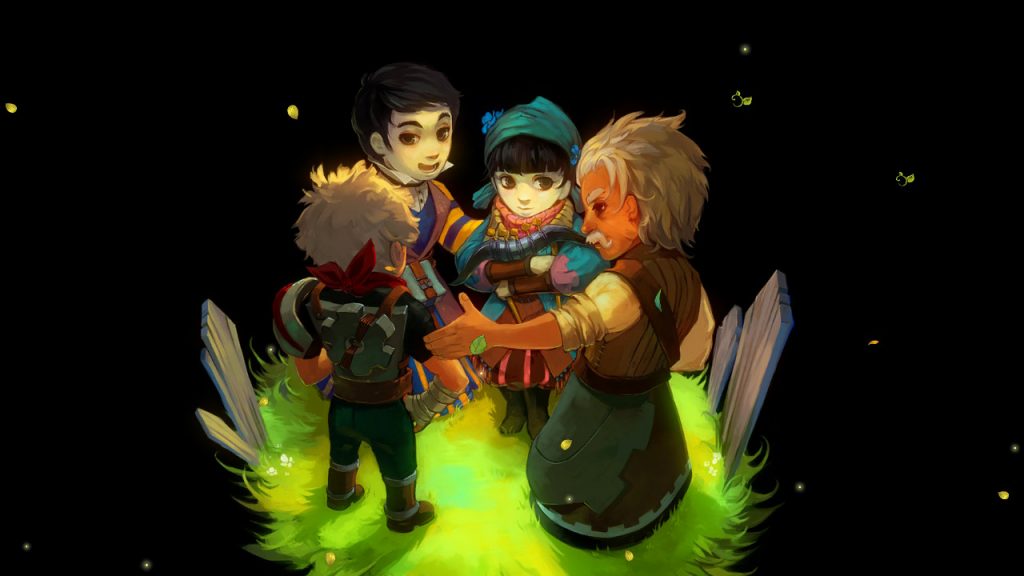 Be it items uncovered or those that didn’t make it through the Calamity, your guide and storyteller Rucks has it covered with a voice layered in wild honey that’s seen one too many losses. He’ll see you through the darkest hours and the times of triumph, while never once feeling overdone or superfluous to the experience. My own words can’t do it justice — you need to hear this woodfired delivery yourself.

The narration isn’t the only standout though. Bastion’s music is indeed beautiful in its own right, with a heavy amount of rustic twang to match the voice that sees you through its floating landmasses. The game is all about starting a new world in now uncharted frontier, evoking the westward expansion without sounding cliché. The few vocal themes from key moments stand out especially, serving the narrative and soothing the soul in equal measure. It’s perfectly paired with its hand-painted world, at times lush and untamed, and others cold and brick layered — but always gorgeous.

Where Bastion starts to unravel just a bit is in its gameplay. It performs as an action game, almost evoking something like classic Zelda but with a harder lean into RPG territory. You venture into parts of the crumbling world, taking on enemies and wildlife that don’t want you taking all that’s left of their homes to fix yours. The isometric perspective is fine, but movement (specifically, trying gauge distance and to align yourself with enemies properly) can be a bit of a hassle.

And as enthralling as the journey is, actually playing it becomes secondary to seeing it unfold. It’s nearly all active, mind you, thanks to the narration occurring over your gameplay without halting things. While performing tasks ends up feeling somewhat one note, the planning part of Bastion melds with the game’s world and vision, offering a ton of freedom for the player.

You’ll have your trusty hammer, a machete, a musket, a flamethrower, and more by game’s end — and they all have their pros and cons. Each behaves fairly differently and has its own lore, as well as unlockable special techniques to help you in a pinch. Even if playing through stages doesn’t grow much beyond exploring, finding enemies, and hitting ‘em, the game remains engaging because you’re always finding ways to tweak things and discovering new ways to play. The weapons are just the beginning though. What always stood out to me were two facilities in particular — the Distillery and Shrine. 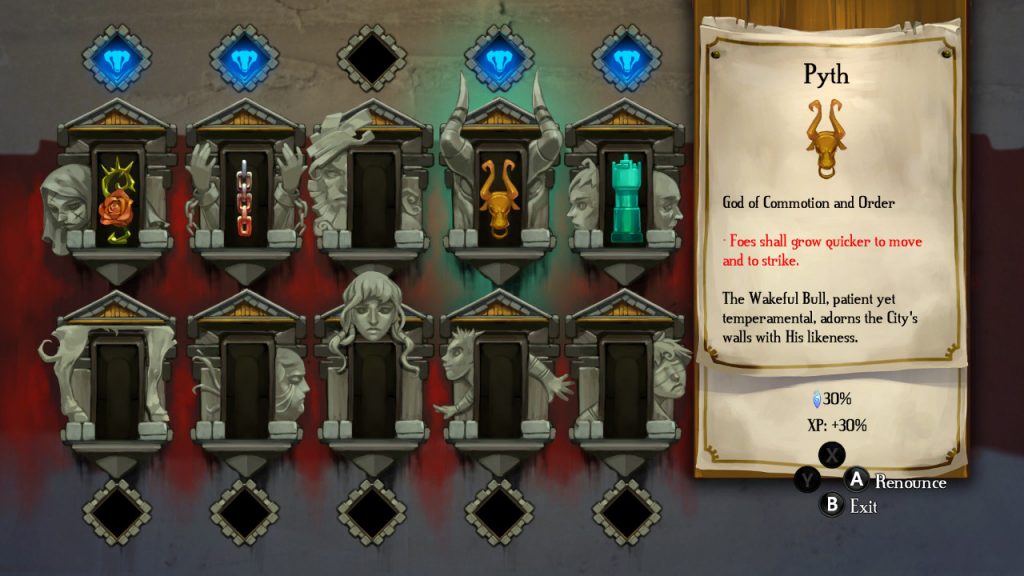 The Distillery lets you apply passive buffs to yourself, such as a higher crit rate or more health, with the amount that you can equip increasing as you level up. That’s nothing special on its own (though it’s another great example of how you can customize your playthrough), but what does make this feature pop is that each of these buffs is tied to a themed alcoholic drink. These spirits add flavor in more ways than one, allowing the narrator to chime in for each with more of his worldly wisdom and fine detail. Equipping them broadens the Kid’s potential to best suit your own style, and eventually you’ll have a whole tasting room’s worth of options to sample.

The Shrine pulls a similar move, though in the opposite direction. By evoking the old gods of the world, you can increase the difficulty of the game in specific ways (like faster enemies, or making them harmfully explode when defeated) in exchange for greater experience and currency. It pushes you along, dares you to try for that extra boost, even if it means a rougher time. Making these tweaks isn’t a requirement, but toggling on deities to test your mettle and up your rewards is just too tempting. This is the kind of difficulty system I love seeing in games, more than some nebulous Easy-Medium-Hard trio. With the addition of this setup, it provides yet another way that Bastion draws you into its world and lore based on your own decisions — all of your challenge prayers have finally been answered.

No matter what happens now, you done good, kid.

As I played through on Switch, most of the time the game performed as well and smooth as the voice that led me. There were only a few setbacks compared to how it performed originally for me on PC. For one, there was occasionally some stuttering whenever a high degree of effects were on screen (rain in particular, though that doesn’t occur in game all too often). The other is that load times seem a bit longer — not enough to fully dampen the experience but enough to be noticeable. 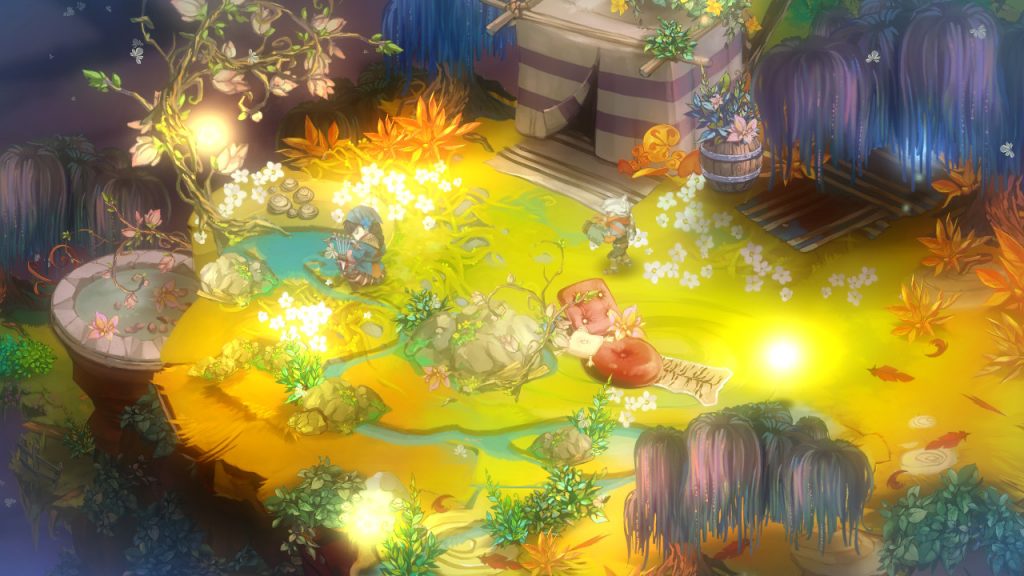 For those who have never tried Bastion before, I can’t call it the definitive version of the game for the few issues above — but that only holds the experience back ever so slightly. This is still one of the finest games of the last decade. Sometimes you hear a story and think it’s too good to be true, but when it comes to a lore-filled adventure built on overcoming hardship, Bastion is nothing but the truth. Even if you’ve played before, the Switch release makes for a great excuse to face the Calamity head-on all over again. After all, this was always a tale worth telling more than once. 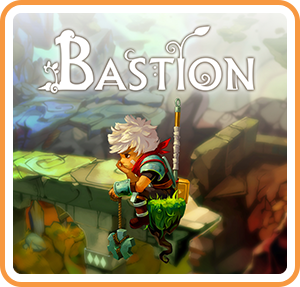