Review: Into the Breach

Grid-based strategy games may have two Nintendo flagships in the form of Fire Emblem and Advance Wars, yet it’s still not a genre I see fully represented all that often. Mario + Rabbids was a nice surprise, but it didn’t get my own gears turning the way the aforementioned titles do. Thankfully, developer Subset Games has stepped up to put together (and surprise release!) what might be one of my new favorites of the genre.

Into the Breach puts you in command of a growing group of time travelers sent back to the turning point of humanity, and they’re armed with a desire to twist fate into something hospitable, as well as a squadron of giant mechs to crush the equally huge insectoid threat known as the Vek. These rift-walking warriors are the last line of defense for a series of corporately owned islands at the heart of the Vek invasion. With careful strategy, it’s up to you to protect their cities, their citizens, and their future. 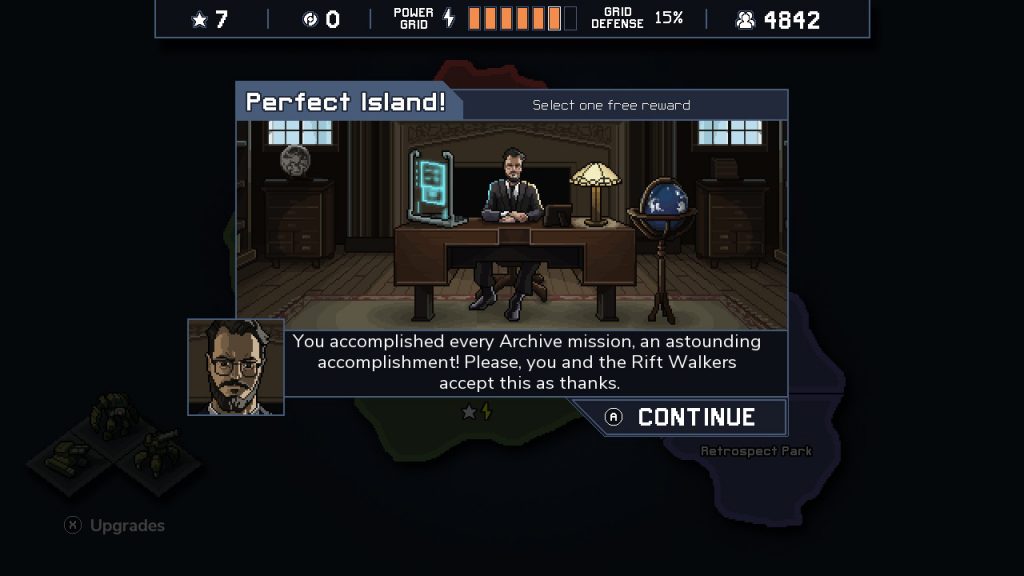 You do this by completing missions on the islands that require you to defend them from the Vek — while also earning upgrades, new pilots, and more as you go along your adventure. This is a game that’s very small in length, all things considered, but it’s made for repeat runs through. Missions and available upgrades change in every timeline, and eventually you can take on the islands in any order you want. It took me around four runs before that aspect clicked together and I managed to clear every island, but even that isn’t necessary to “finish” the game, giving a high degree of much appreciated freedom and added elements of strategy and choice.

Mapping out your strategies

Every mission brings you to a different portion of the island, where your mechs will land on an 8×8 grid. Once deployed, the Vek will make their move before you take your own turn, working to not just kill them (which can be difficult in one go without upgraded weapons), but also manipulate their positioning to defend cities or your mechs from their attack next turn, fully telegraphed for your consideration. 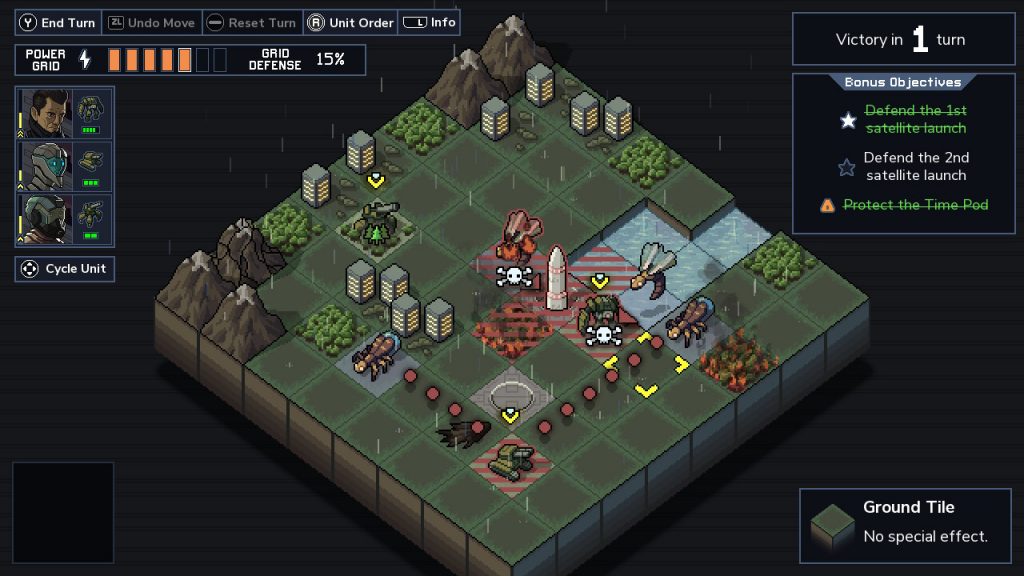 This amount of information given and sense of needing to stave off attacks rather than the enemy themselves gives the game a unique niche within the genre, opening up for a huge degree of variety. Do you outright kill a Vek, or do you attack it with something weaker to push it one square over, making its attack hit a different Vek instead? Do you have your mech attack, or do you park it on a Vek attempting to emerge and start repairing yourself, blocking its entry to the battlefield for that turn?

That’s just the tip of it all, as there are weapon and weather effects, multiple pilots with unique passives, and different squads of mech that come into play later — which make for one of the most impressive degrees of strategic variety I’ve seen in a game. I was constantly changing how I approached tasks on the fly, rather than falling back on a routine tactic. It’s challenging and tests your decision making on a chess-like level, making every move count. Even then though, sometimes sacrifices for the greater victory may be considered. 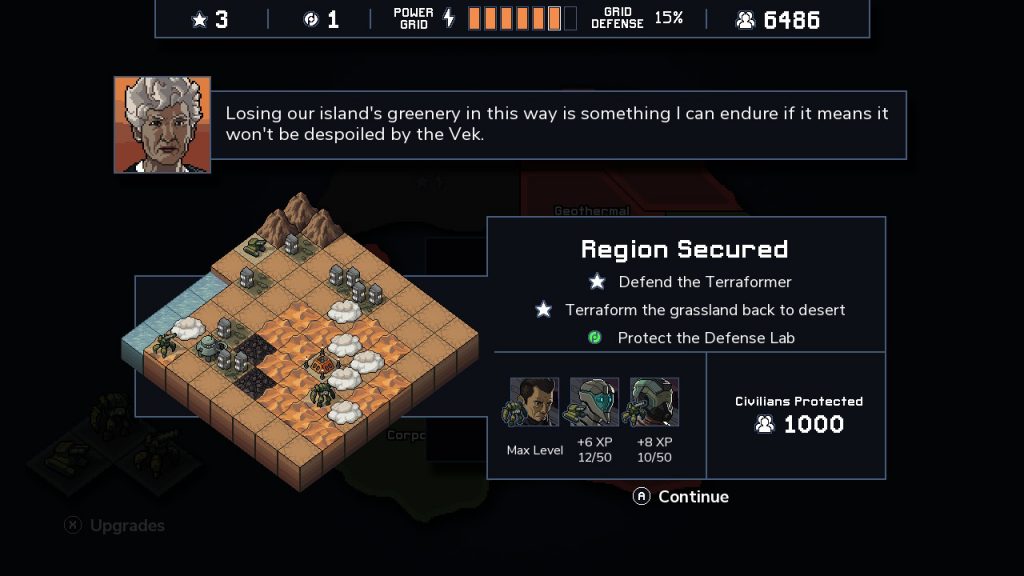 It’s not about fighting, it’s about protecting

The tone is serious, carrying a sense of purpose and never shying from the gravity of the situation. Whenever your mechs are deployed, the cities erupt into (text box based) cheers, but that’ll swing to apprehension and devastation pending how well you do. Likewise, sturdy as your mechs are, their pilots are weak — one too many wrong moves and they’ll die, diminishing their effectiveness and setting back your entire run.

The threat of being overwhelmed pairs along with each mission’s added extra objectives (defend a power plant, escort a train, etc.), emphasizing the value of protecting structures and survivors rather than just routing the enemy. In a lesser game you could get by with fighting the off the enemies without a care in the world when it comes to collateral damage. With Into the Breach though, it gives a sublime degree of tension and weight to your decisions.

Playing it all again from time to time

The game occupies a similar niche as Fire Emblem Heroes (a game I love and put way too much time into), being a strategy game that’s meant for quick bursts of play. Rather than sequential stages, you have a selection of maps that last five turns no matter what, with the variety of objectives within that limit keeping you on your toes. Likewise, the objectives and maps change with new timelines, offering a huge degree of replayability despite the brevity. 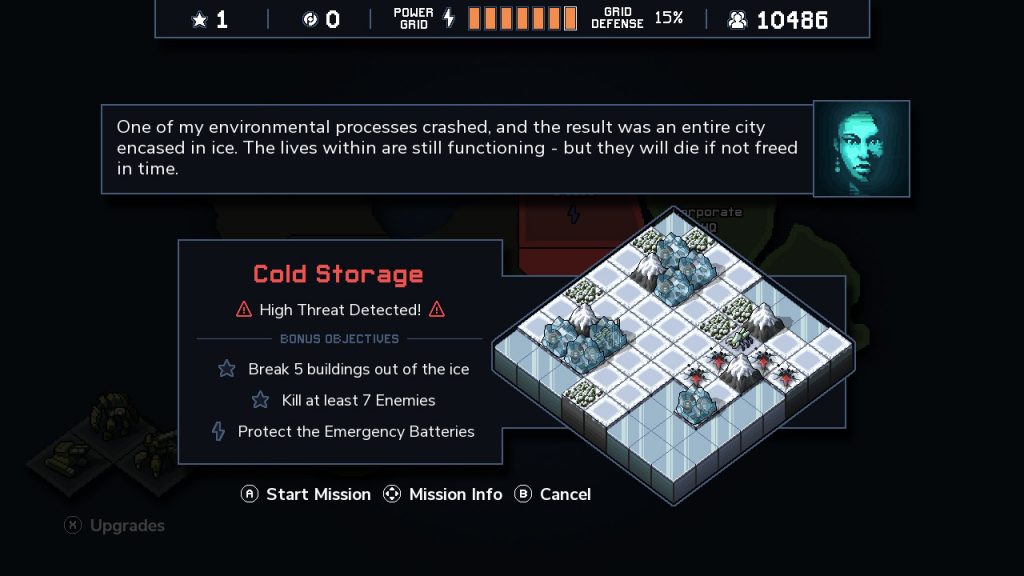 Once per map you’re also able to undo a turn by creating a localized time anomaly, rewinding to a time before you put your plan in motion. This is a lifesaver in those moments when you may have made an input error or an interaction you set off didn’t pan out as planned. It’s another strategic layer to every map, especially if you end up needing to use it early, forcing you to stay sharp the rest of the way through.

Into the Breach has become a new Switch go-to game for me, with addicting play and a high degree of tactical depth intermingling with its cataclysmic atmosphere. For fans of Fire Emblem or Advance Wars, it’s more than just a distraction ’til those games make their own Switch debuts — it’s a new contemporary to play through again and again. It may take a while for everything to click, and the repeating of timelines lead to the game coming off as “small,” but don’t let that stop you from rift-walking your way into another incredible Nindie. 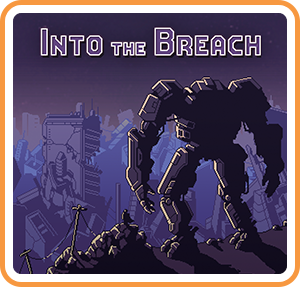