It feels like the Switch is getting new fighting games fairly regularly, usually in the form in re-released classics or spinoffs of existing franchises. Nothing new had cropped up and caught my eye, until out of nowhere during E3 2017 when Nicalis started showing off this unheard of fighting game with a sharp visual style and the promise of accessibility. Over a year later, I’ve spent my share of time with the game and can say they’ve succeeded in making something distinct and easy to pick up that accomplishes that goal.

Gather together to fight for glory

Crossing over multiple games from Studio Saizensen, Nicalis, and a couple guests all give Blade Strangers plenty of variety in its cast. Most come from Code of Princess and the Umihara Kawase series, with the latter of those bringing unique fighters like a little girl riding a giant cat, a member of the Time Police, and its titular sushi chef ready to fight with her fishing rod and filleting knives. Mix those with the more fantasy themed Code of Princess characters, Cave Story’s firearms focus, and the guest character grab bag, and there’s sure to be something that appeals to you. 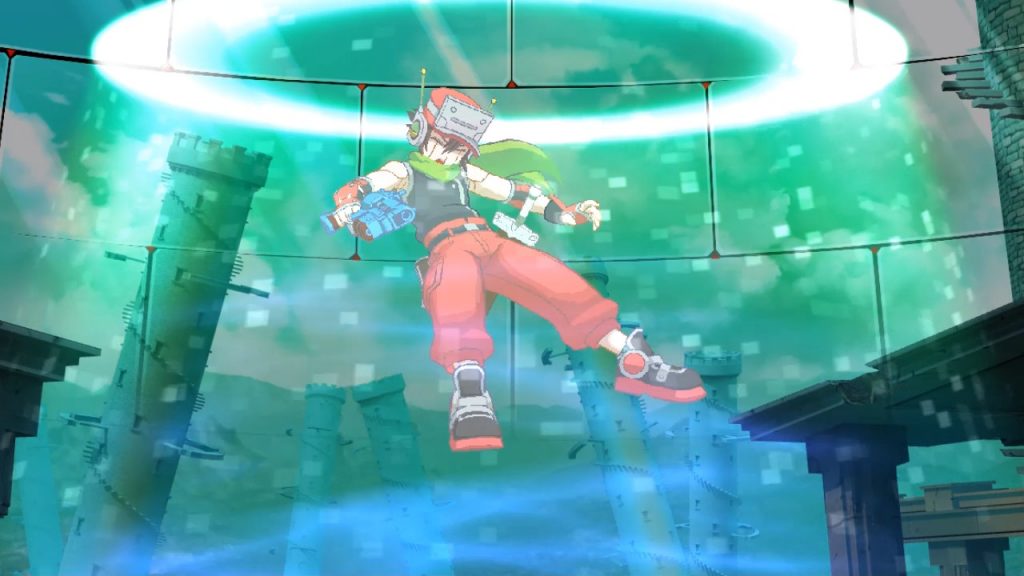 Those guests turn this from a partnership between two companies into a gathering of indie favorites with plenty of shoutouts to their home games. Seeing Isaac cry his way to victory, Shovel Knight’s redesign (still faithful to the source), and Gunvolt’s super attack cut-ins are treats in their own right. They have me hoping for further additions already — not because what’s here isn’t enough, but because it seems like the door’s wide open for several properties to join in.

Bringing something both familiar and new to the table

Blade Strangers strives to find a balance between offering ease of control and providing expected fighting game tools to players. Performing special attacks, supers, and various techniques aren’t accomplished with any specific stick motions, but rather, button combinations paired with cardinal directions. Inputs are about as difficult to describe as they are in Smash — where your skills can be assigned as your up, down, side, and neutral specials. 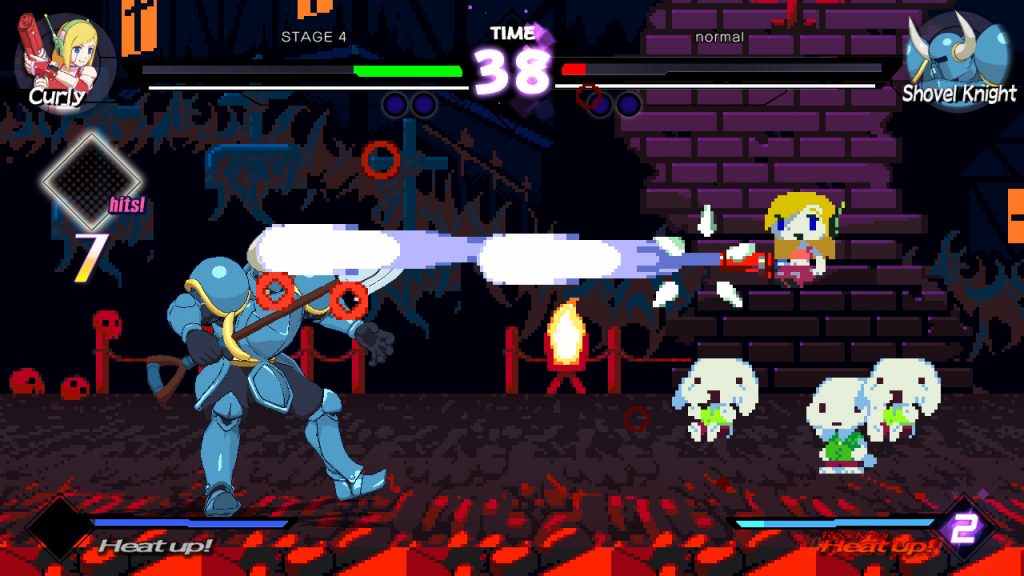 In other ways, it’s a four button fighter taking inspiration from six button games. As easy as techniques are to pull off, the greatest rewards come from thoughtful and well spaced play. Character mobility is on the slower side (especially in the air), which altogether can give the game a pace more reminiscent of Street Fighter rather than something like BlazBlue. This lets Blade Strangers occupy an interesting “in between” when it comes to popular Switch fighting games, making for a great entryway into the genre.

All that theory doesn’t add up to much if it isn’t entertaining, and thankfully, Blade Strangers delivers on several fronts. The characters and stages look detailed and fluid, with sharp colors making everything pop during fights. The sprite work and character art all look wonderful and serve as one of the main highlights for the game alongside the fighting itself.

Pulling its punches when it comes to modes

What holds the game back though is how sparse it feels outside of the arena. It has everything you could expect from a fighting game these days: local and online versus play, arcade mode, missions and combo challenges, and even its own story mode. Unfortunately, it’s all presented through barebones menus that don’t compel me to play the game much more outside of versus. 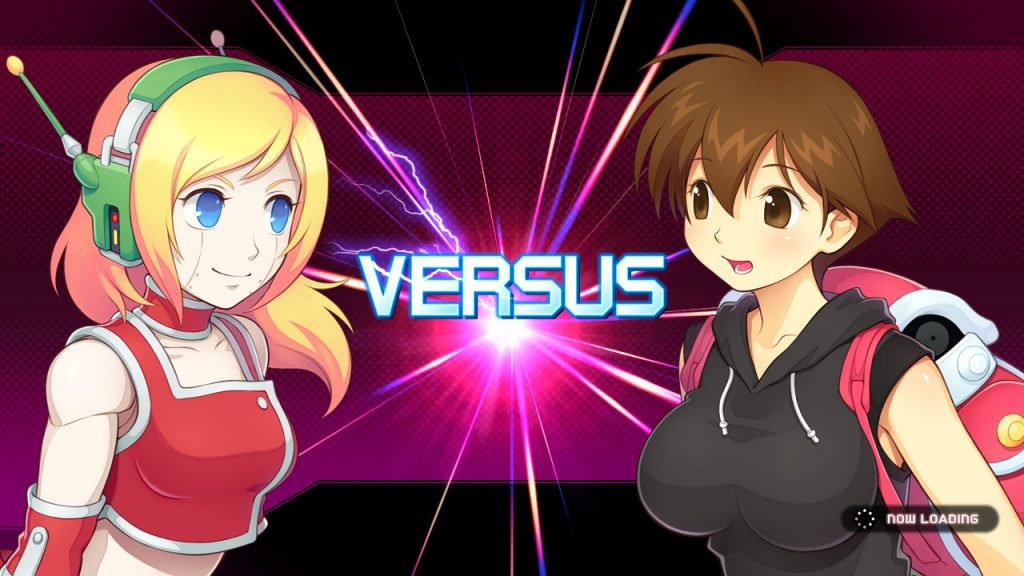 Story gives you bits of dialogue between fights with a scarcely defined narrative of talking computer servers summoning the fighters together. Sometimes these can be amusing, but each playthrough ends up feeling interchangeable from the last due to all the reused dialogue. Again, the art is stellar, but it comes off as window dressing for a routine trudge if you play through with multiple characters.

Past that, mission mode gives each character five combos to do in sequence. They aren’t too tricky and can give you the barest glimpse into the characters’ potential, but they don’t help you learn the characters or their individualized features. Tutorials exist for universal systems, but the lack of hands-on breakdowns for characters leaves things up to trial, error, and practice. This is true to Blade Strangers’ classic fighting inspiration, but some greater degree of character-specific information would have helped.

Still fighting harder than ever

Even with the lacking modes, I’ve enjoyed actually playing Blade Strangers enough to clear that repetitive story mode with every character. It captures a certain niche between classic and anime fighting games that makes it both flashy and beginner-friendly on an execution level. It also creates a shared space for all these crossed-over characters, making it worth checking out for fans of those and players looking for another, distinct fighting game on Switch. With a community behind it and a little post-release growth, Blade Strangers could grow into something truly special — but for now, it still stands as a good time on the cusp of glory. 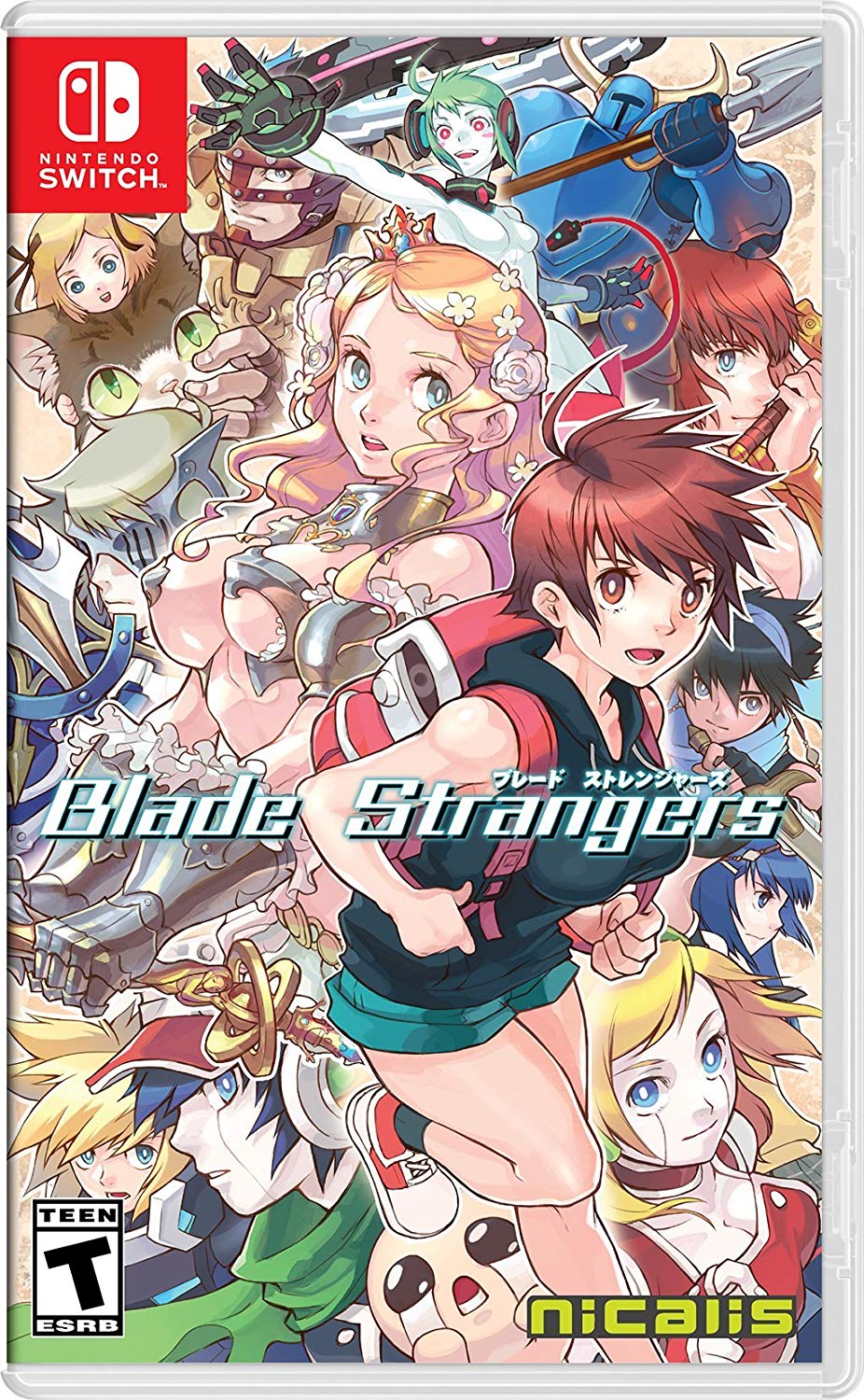