The joy of simulation games comes not from blood-pumping action, but laid back passivity. Whether it’s farming, management, or whatever the heck you do in Animal Crossing (debt payments?), a good simulation game can entice you with simple core gameplay loops and relaxed atmospheres. However, the line between lax and boring can be a thin one — and, unfortunately, Little Dragons Café falls more in line with the latter.

From the creator of Harvest Moon, LDC follows a pair of twins — defaultly named Rin and Ren, one of whom is your playable character — who run a small café in the middle of nowhere with their mother. One day, poor mom gets sick, as a strange geezer named Pappy comes along and explains that it’s because her blood is half-human, half-dragon (which begs several questions that are never quite answered). So with the assistance of a dragon hatchling and a couple new hires that come along to help, the twins have to run the café and find a way to help their mom. Despite some fridge logic, it’s not a terrible setup, as there are clear stakes.

Diving into the story

The plot doesn’t really deal with your mom, however, instead derelecting to focus on a variety of characters who come and visit your café — from a run-of-the-mill runaway to quirkier folk — including a vampire, a werewolf, and a cyborg. Each of their stories play out the same way: they come to stay at your inn because of some personal conflict, they slowly expand on their issues over the course of several days, then you cook up a dish that contextually alleviates them of their issues. Standard, stock, and pretty predictable after the first couple of times. 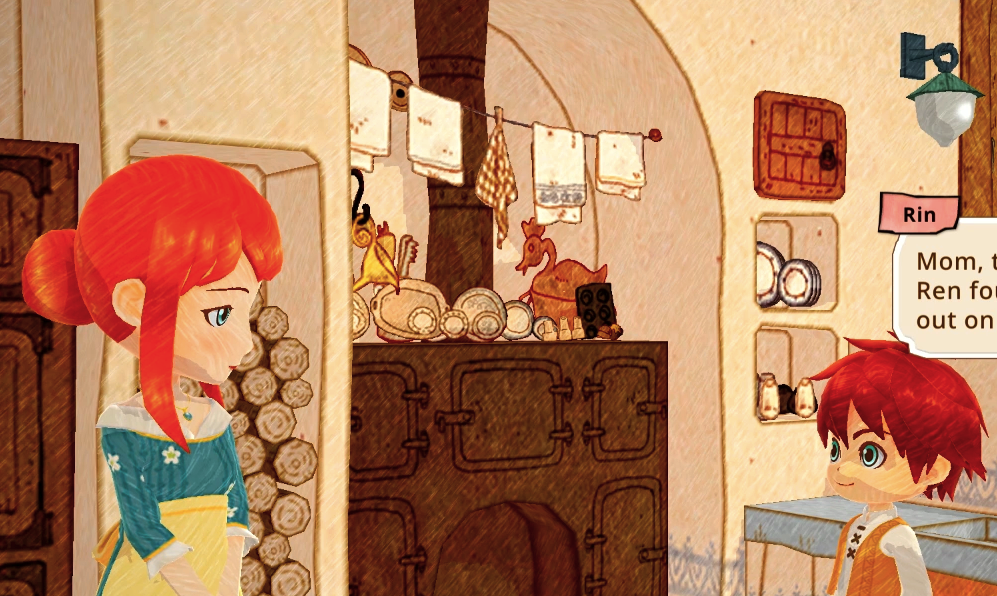 Unfortunately, I feel that most of the cast ends up being more annoying than charming, spouting off the same ethos and gimmicks again and again without showing many likable traits. The staff at the restaurant feels decidedly one-note (one’s lazy, one’s nice but gets angry easily, and the other’s effete) and all the humor falls flat. There’s a slim couple of NPCs that end up reasonable, or even entertaining, but for the most part I was left with total and complete apathy for any plot elements, and even outright distaste in a few cases.

Thankfully, whatever charm is missing in the writing is made up for in the game’s art style, which is its definite high point. Character designs are very cutesy and strike a good medium between simple and complex. The items of the world have almost a 2D Paper Mario aesthetic that brings me back to the GameCube era, and the music is bouncy and vibrant. Coupled with some decently varied environments and the game should be a treat aesthetically…

… but this is where one of the game’s bigger welts sprouts — it’s visually glitchy like nobody’s business. The lighting engine casts shadows at some very odd angles and spaz out and pixelate often, and the draw distance and pop-in are both quite glaring. While I’m rarely a stickler over a glitch or two, the consistency with which I was taken out of the experience due to how janky everything looked was quite saddening. Were this a properly stitched together game I’d imagine it would be quite immersive, but the sheer bugginess made it so that would never happen. While it didn’t affect gameplay as much, it definitely hampered it to some degree. 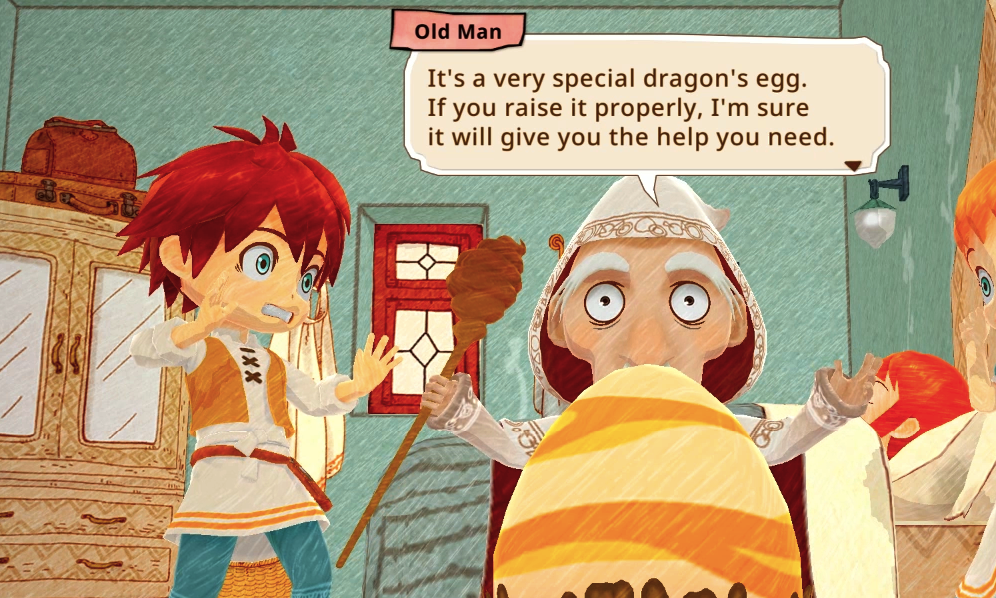 The core loop of Little Dragons Café is not so much a loop as it is a track that’s been cut into large chunks and laid side by side, with the game telling you to go through each of them at once. In theory, it works like this: start by going out and collecting ingredients and recipe parts around the game’s rather expansive overworld with the help of your dragon buddy. You then return to the café, form the recipes, and get to cooking (which involves a little rhythm minigame). Once you’ve made a dish, you can put it on your menu for customers to order, and you can act as waiter in turn. This causes the ingredient numbers to go down, of course, so you have to go out and find more ingredients for the dishes. On paper? Not awful. In execution…? None of the game’s three core elements — exploration, cooking, and management — really work great in isolation, but they don’t mesh together well either.

Going around collecting ingredients at first is alright, save for some very obvious “broken bridges,” but past a certain point it gets tedious, dull, and even confusing. You can only get particular ingredients from particular sources, and there’s no kind of map or anything to mark what you get where, so you’re forced to memorize the spots where the good or necessary ingredients are. Don’t remember where to get soy sauce? Scour the entire island ‘til you find that one well. There is a garden that replenishes all of your stock, but it only gives around one to three per ingredient, and takes three days to grow. (You can speed this up with good ol’ dragon manure, but even then the payout isn’t really worth it.) Exacerbating the frustration is the fact that the game doesn’t control well — responses feel sticky, jumping is unreliable, and some poor button mapping leads to performing the wrong actions at the wrong time. 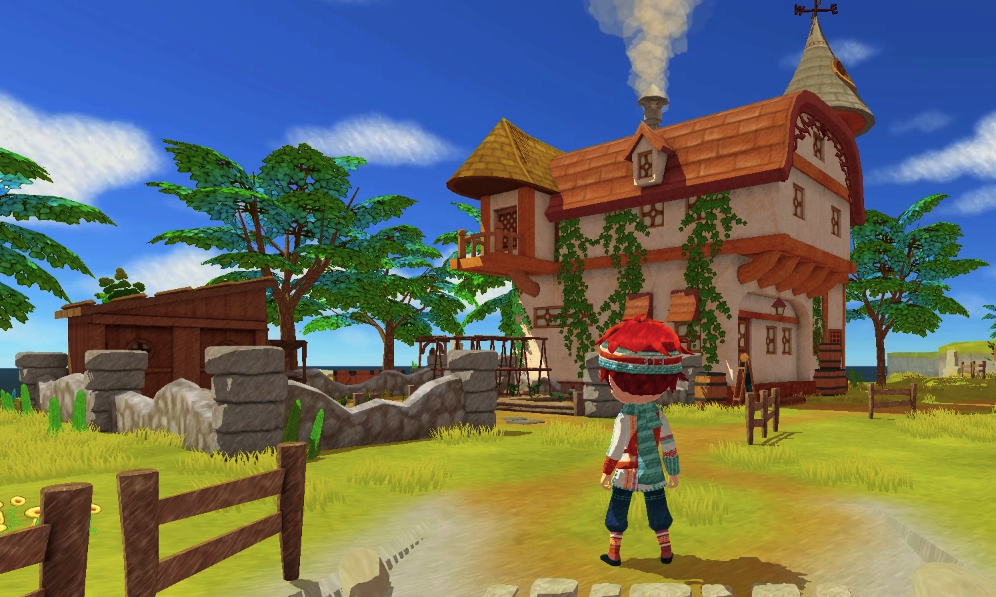 Cooking is probably the most enjoyable aspect on its own, though its extremely basic mechanics form more of a cheery reprieve than anything substantial. Push directional buttons to the rhythm of one of six or so songs, and your food will come out better. You have to Perfect every note to get a “Supreme” rated dish, encouraging skills, though unless you flub everything you’ll end up with something reasonable. You don’t really need to cook much, as you only need to make each recipe once to put it on the menu, and there isn’t much incentive to keep the dishes on your own. (You can feed food to your dragon, but just making new dishes is generally enough to keep it content.)

And finally, waiting tables. It’s repetitive and doesn’t serve much up — you can take orders, deliver food, and clean dishes, but there’s no memorization or skill. Just repeating the same mindless motions over and over, like a real job. Fortunately, this is something you can leave to your staff, who will take care of customers while you’re off doing other things. Unfortunately, they have a random chance to slack off at any given time, during which they do nothing as your customers patiently wait around, forcing you to return to the café (thankfully there’s quick travel) to get them off their butts and to work. 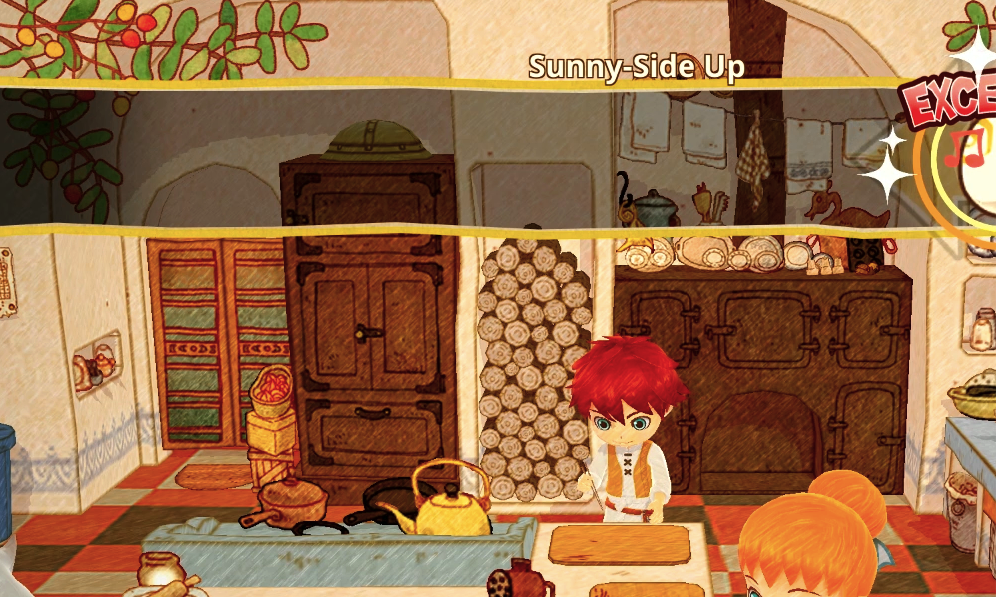 Altogether, what does this mean? Because there are methods in place to take care of the café, but nothing to gather ingredients, you’ll spend the majority of the game out and about gathering stuff while occasionally schlepping back home to chew out your slacking staff. In a sense it’s understandable — the exploration is definitely the game’s most fleshed out aspect — but because of the ways recipes are constructed what ends up happening is you scavenging for the same two or three ingredients (rice, flour, and any kind of meat), rather than trying to cultivate the best of the best or exploring about.

Star of the show

This would be almost unbearably monotonous if not for the game’s true star: your dragon. Despite being a cute little fella (mine’s named Sparky), the dragon can help in a variety of ways depending on its level of growth. As a child it can pop into holes to find ingredients, while as an adolescent or an adult you can ride it and fly about to new areas. After the slow clumsiness of walking everywhere, flying about is… well, still kind of clumsy, but a lot better. And it opens up a lot of new areas, too. Not to mention your dragon is just as cute when it gets older. 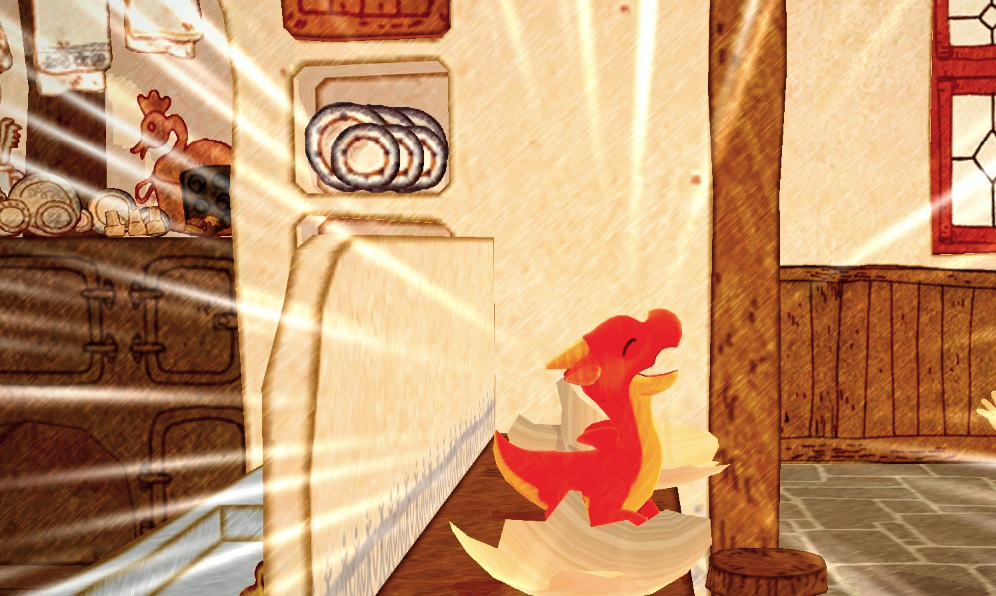 And I’ll admit that those few occasions when new areas opened and I could actually explore a lot of new places with Sparky were good. They were enjoyable! They were relaxing! They were fun. But it didn’t take long to fun out of new space and new stuff, only to go back to the monotonous grind of making sure I had enough rice to make noodles in order to raise the café’s level. The game’s progress, being tied more to days spent than tasks accomplished, means things crawl at a snail’s pace, and it punishes you for just going to sleep to advance the plot. Which ultimately evaporates all the fun I could have had.

And that’s what’s so disappointing about Little Dragons Café. There’s a certain kind of pleasure one can get from hating on bad games — I’ll admit that getting riled up about how awful Paper Mario: Sticker Star is can be almost intoxicating at times — but it’s a lot harder to take in that kind of pleasure when the game shows elements of goodness, glimpses of synergy, mere moments where you can see what they were trying to do, only for it all to be suffocated by the tiresomeness.

Little Dragons Café is far from the worst game I’ve ever played. It is not offensive to one’s sensibilities, not completely without merit. But it commits the cardinal sin: it’s boring. It’s a long slog that doesn’t feel worth it; fulfilling its price point in obligate hours and not in actual quality. It left me apathetic to the world and its inhabitants, save one cute little dragon who I would trust with my life. And it doesn’t bring me much pleasure to rag on it. Just disappointment. 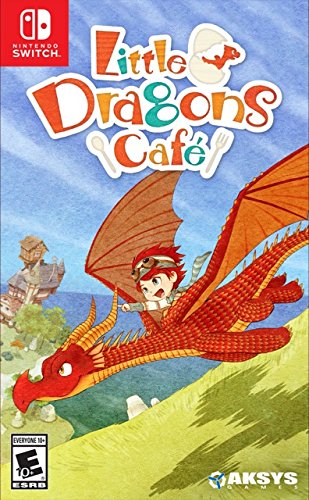