Prepare to battle for silverware superiority with this Fork vs. Spoon Splatfest art

The table of battle is set, and two warring factions have their cutlery prepared for Turf Warfare. The upcoming Fork vs. Spoon Splatfest in Splatoon 2 is starting up on the night of August 24th, and as per usual some new Off the Hook art has surfaced to mark the occasion. 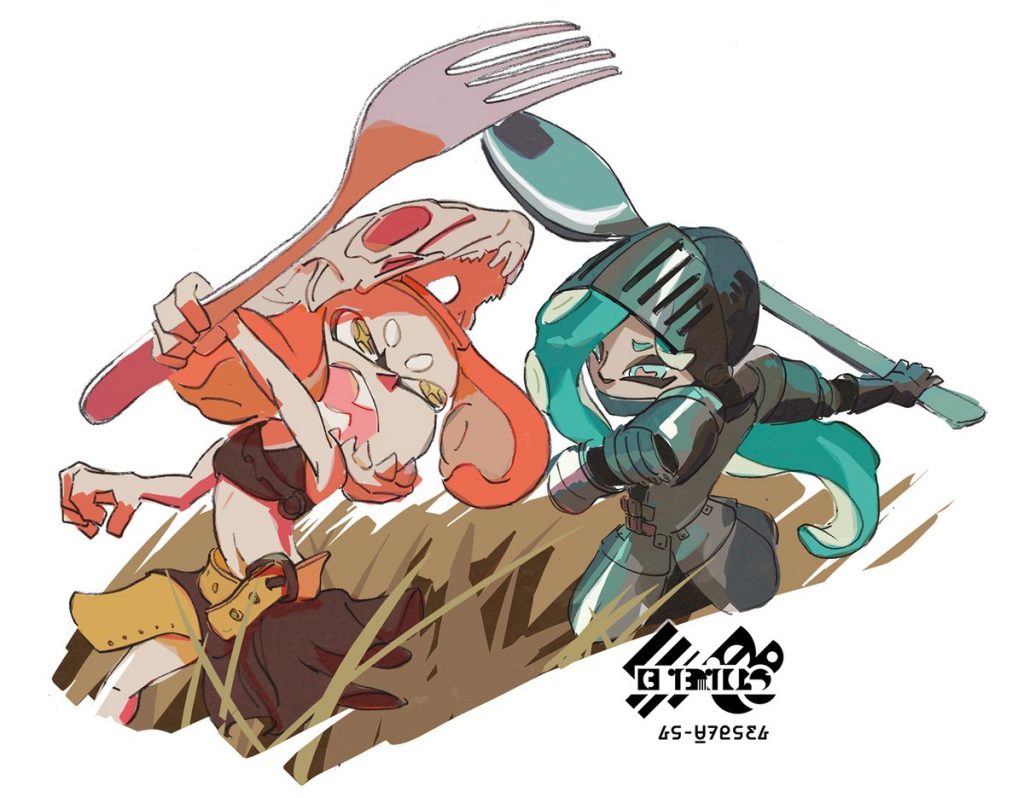 In the West, Pearl prepares the fork folk for battle. This barbarian tribe feasts on the likes of meat and other hearty foods you can really sink your teeth into, standing up for four-pronged glory.

In the East, everyone in Marina’s spoon society has their armor fully shined and primed. With their concave cudgels eager to carve their way into the softest sweets and sail the sea of soups, they’re a formidable citizenry to say the least.

It’s up to you to decide which side you’re on and take the first napkin in this Splatoon 2 place set partition. Fight for glory, fight for your meal, and do your best to take not the gold, but silverware for once.