Blizzard talks about which of their characters they love to see in Smash Bros.

When it comes to developers as a brand, few can top Nintendo or Blizzard, each of which has built up a loyal following of players over the past few decades. And with today’s official announcement of Diablo III on Switch, a few Blizzard employees were asked the Ultimate question by Game Informer – which of their characters would they like to see in Super Smash Bros.?

“Personally, yeah, I’d love to have Diablo,” said senior producer Pete Stilwell. “That to me is the immediate one… or you could go really awesome and only have Deckard Cain.” PR Manager Joshua Wittge chimed in, stating “He could just whack them with the cane or put them to sleep.” Stilwell replied: “Or he puts them to sleep and just slowly drags them to the edge and drops them off. Like really sinister Deckard Cain.” 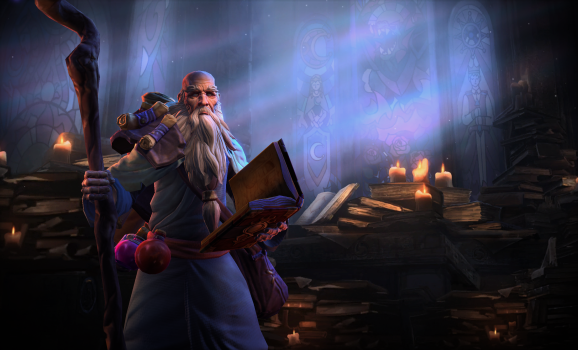 When asked the opposite question – which Nintendo characters they’d love to use in Blizzard games – the team seemed to have a predilection for villains. “Bowser, Bowser would be a sweet dungeon boss,” said associate producer Matt Cederquist. “Pig Ganon would be cool,” said Stilwell, as the two listed off some more iconic Nintendo baddies.

While this is clearly just some fun banter, it is the duty of the Smash gaming press to conflate all trite conversation as wild speculation. Will Diablo be DLC? What about Tracer, Jim Raynor, or one of them Warcraft characters I definitely know a lot about? Let us know what Blizzard characters you’d like to see in Smash in the comments.