Announced in a tweet this morning, Nintendo has revealed a brand new Switch bundle, featuring not one, but two games bundled with a Switch console and a set of neon Joy-Con. The bundle’s box prominently features Mario Tennis Aces, which is the main appeal of this bundle – the game was the top-selling title in June in the US and is a great entry point for new Switch owners to have their hands on. A small logo in the corner of the box also shows that 1-2 Switch is begging for some love, and is finally included in a Switch bundle, as it always should have been. 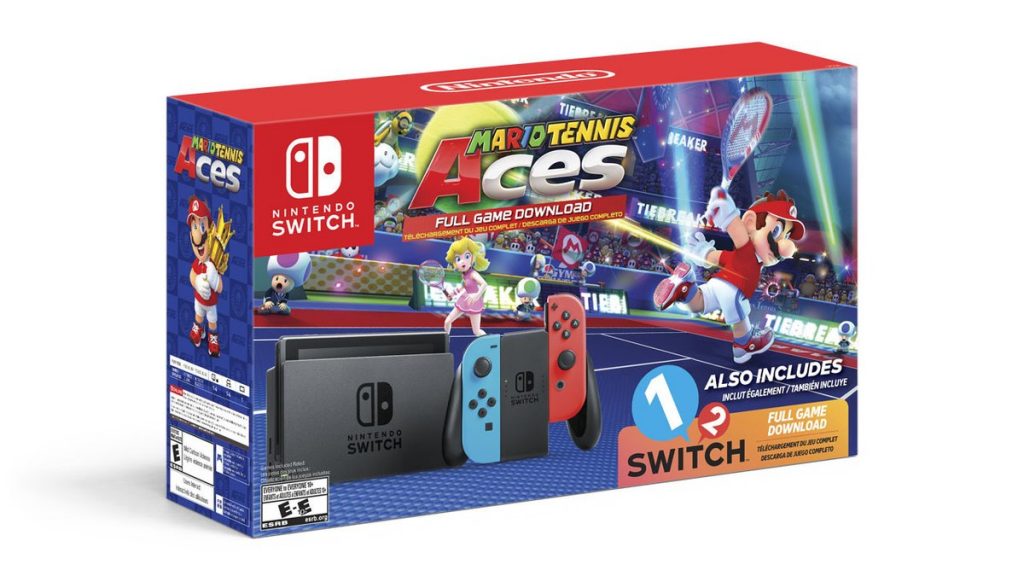 The Mario Tennis Aces + 1-2 Switch bundle will be available exclusively on Walmart’s shelves beginning September 5th, 2018 and retails for $359, making this a great option for families looking to become Switch owners.