Plenty of attention was given to stages during today’s Smash Direct. Director Masahiro Sakurai made the statement that the team’s priority is to bring old favorites back. With how many have been shown though, it’s clear they’re reaching far and wide to get as many as possible, with several more revealed or shown in action for the first time to be a part of the game.

The first new stage we saw was Dracula’s Castle, tied into the Castlevania section of the Direct. Later on during the presentation, we got a look at the following spotlighted stages:

From there we also got to see New Donk City Hall in motion for the first time, taking fighters on a ride up the tallest building in town. Looks like you’ll be able to activate the musicians there, including Mayor Pauline herself, to pump up the music.

Last but not least here, to show the upgraded looks from the original versions a side-by-side was shown of Kirby’s Fountain of Dreams, aka the most gorgeous Smash Bros. stage ever. Sakurai made a point to say stages are being rebalanced, with the Fountain itself looking a little wider than its original design. 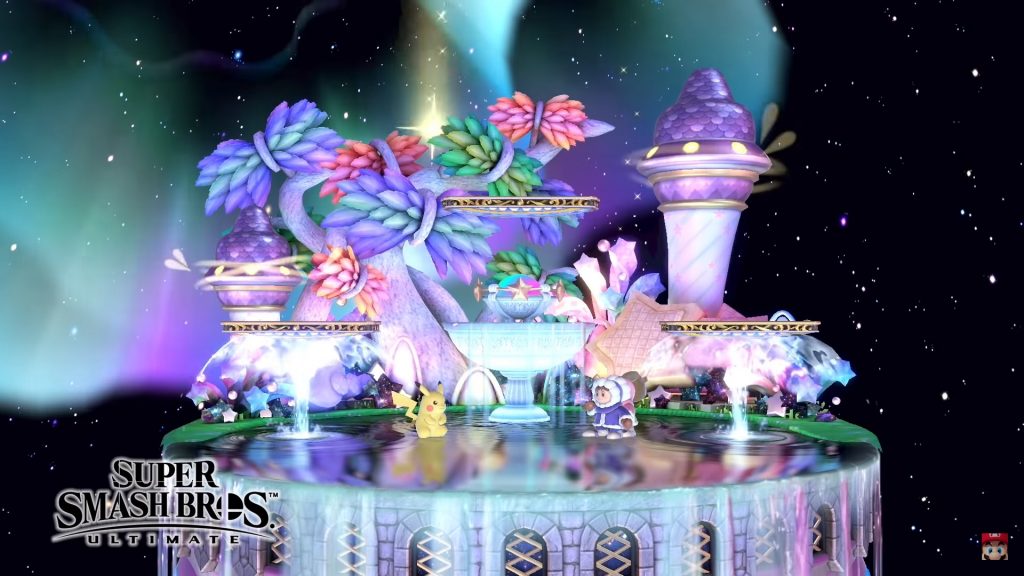 The only exceptions to that updated look policy are the stages originally from Super Smash Bros. on Nintendo 64. Sure enough, Saffron City, Hyrule Castle, Dream Land, and Kongo Jungle are all looking true to form, old sprite work and all. Talking about previous games, Sakurai shared the number of stages in each game of the series so far. While the jump from Smash 64 to Wii U is impressive (going from nine stages in the original to 56 with DLC on Wii U), that’s nothing compared to Ultimate. The final stage count on Switch?

If you don’t count the Smash original stages Battlefield, Final Destination, and Big Battlefield that’s 100 glorious stages from all these series in one place. We even got to see the full character select screen, and it’s full of stages I never thought would be coming back! If you factor in that you have Battlefield and Omega versions of all stages, that totals out to over 300 stages to choose from. Plus, they can all be played in eight player battles, and will be available from the start with no need to unlock any of them, with a few more shown off along the way. 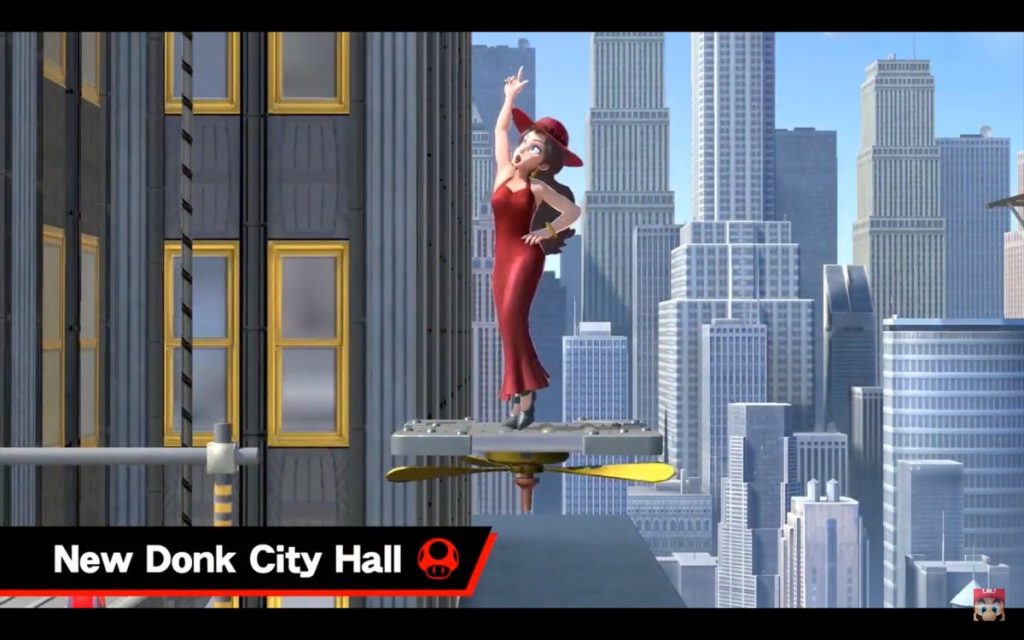 We’d already known about being able to turn off stage hazards, letting the unique stage layouts to shine here even if you don’t want any shenanigans. Though if you do want some a brand new feature was revealed: Stage Morph! By turning the feature on, you can select any two stages at the start of the match, and mid-fight it’ll transform from the first selected stage to another. You can even have it jump back and forth again and again every minute by the look of things.

Lastly, the My Music feature is back, but instead of music being locked to stages they’re locked to series. That means any Zelda stage you’re on, you can play any of those Zelda songs! Both this and Stage Morph are two features I never knew I wanted, but here we go with what’s shaping up to really be the Ultimate game series.