For those of you that tuned into this morning’s Super Smash Bros. Ultimate Nintendo Direct, you’re no doubt still riding the high that came with all the new character reveals, just like everyone else who watched. For anyone who didn’t see, this is your fair warning: spoilers ahead for today’s Direct.

Alongside two brand-spanking new characters for the game, we’ve also got another three confirmed Echo Fighters, which brings the total number of fighters in Ultimate to 73. Let’s talk about what we learned today.

Today’s Direct started with an incredible cinematic that introduced famed vampire hunter and early star of the Castlevania series, Simon Belmont. In terms of third party characters, I think this was the one that I was personally hoping for the most (and I thought made the most sense), and we know that plenty of Smash fans have been gunning for him for years as well.

As you’d expect, Simon fights with his sacred whip from the Castlevania games, which Sakurai confirms as a bit slower but with an average reach longer than any of the other fighters in the game. His other attacks include other weapon references from the games, such as the Axe, Cross, and Holy Water.

And, of course, we’ll be getting a stage to accompany Simon as well. What else could it be besides Dracula’s Castle?

Coming from Castlevania: Rondo of Blood, Richter is one of Simon Belmont’s descendants and, appropriately, a new Echo Fighter for Simon. He fights similar to Simon, including using the same whip as his predecessor, however his voice and animations are all uniquely Richter. 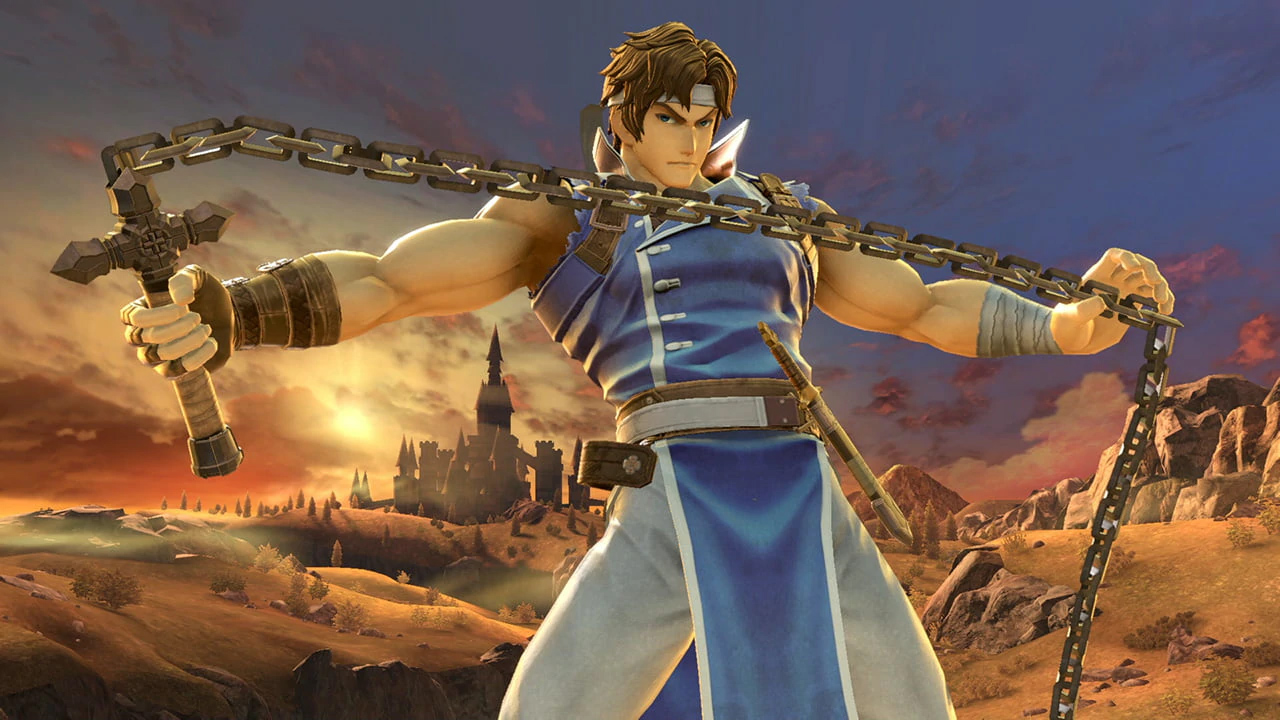 While Richter doesn’t differ much from the character he’s based on, his presence is an important one. With Richter, we know that third party Echo Fighters are in fact a possibility, which means we could see the likes of characters such as Shadow or Jeanne revealed in the near future.

Chrom is an Echo Fighter technically based off of Roy, but through watching his animations he seems to be more along the lines of something like a Roy and Ike hybrid. Because of this, it’s important to note that Chrom isn’t a direct copy of either Roy or Ike, which makes him somewhat of a unique fighter, even if that’s not quite as in depth as a non-Echo. 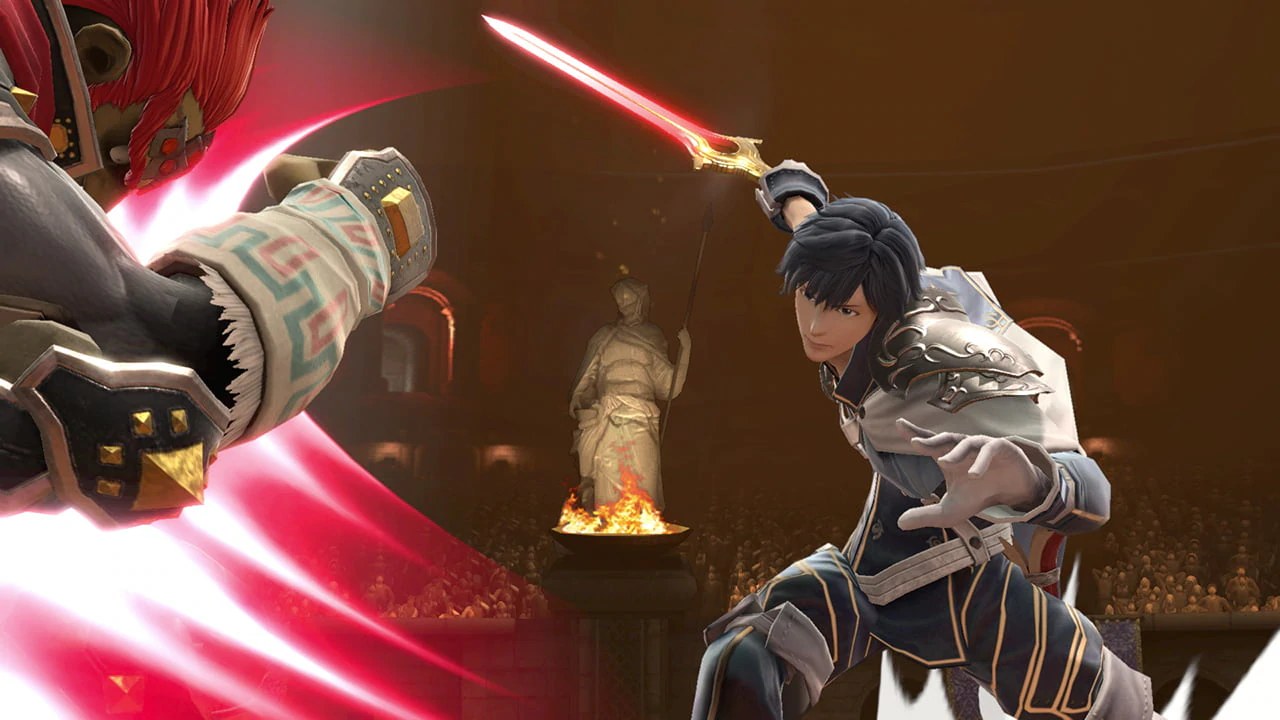 I can’t say I’m surprised by this addition, either; even with the surplus of Fire Emblem characters, Chrom’s been one of the most highly requested FE representatives since his debut.

If there’s one thing I know people do want, it’s more Metroid representation. We finally got the long-awaited Ridley announcement at E3, and now comes another new character in the form of Dark Samus. Unsurprisingly, she’s an Echo Fighter based off of Samus, but like Chrom, Sakurai has confirmed that she isn’t a direct copy. Instead, she’s got her differences, making it worth trying out both her and Samus to see who you like playing as better. 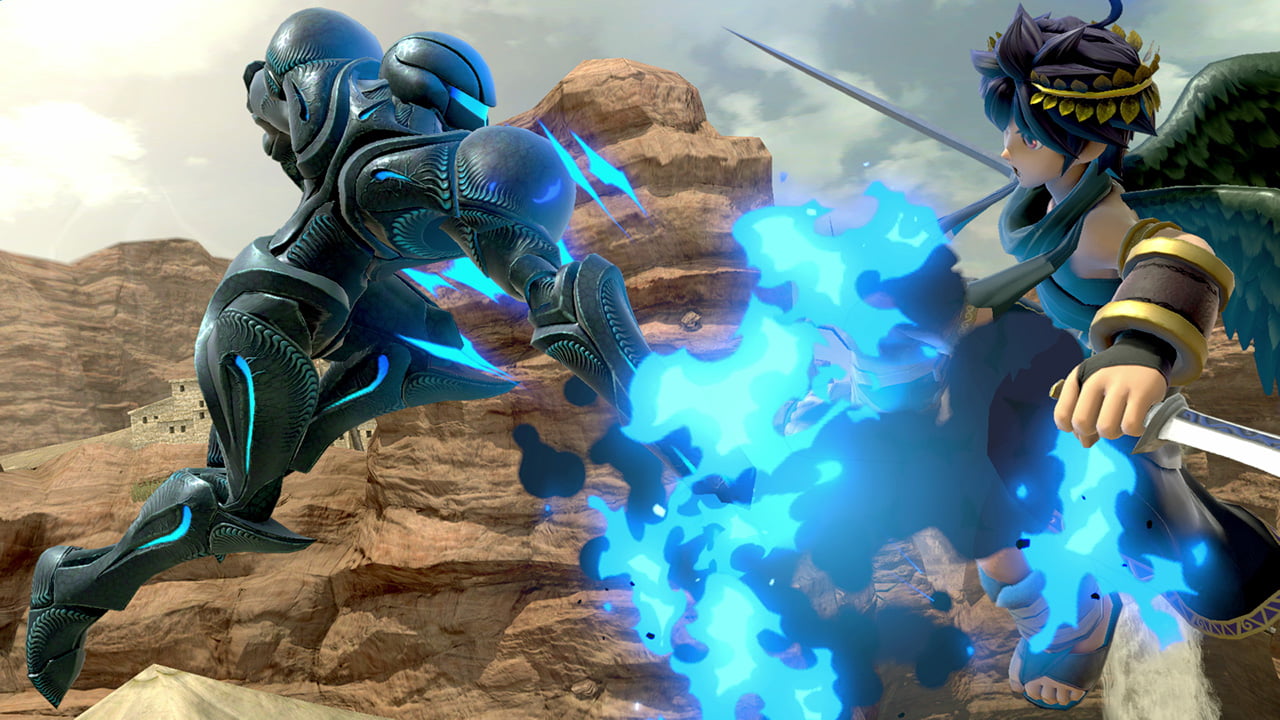 In the Direct’s final moments, we finally got what pretty much everyone came for in perhaps the funniest character trailer to date: King K. Rool’s announcement. Desperate for more DK and villain representation, fans of Super Smash Bros. have been clamoring for K. Rool for years, so his confirmation is more than a relief showing that Sakurai and his team have been listening. 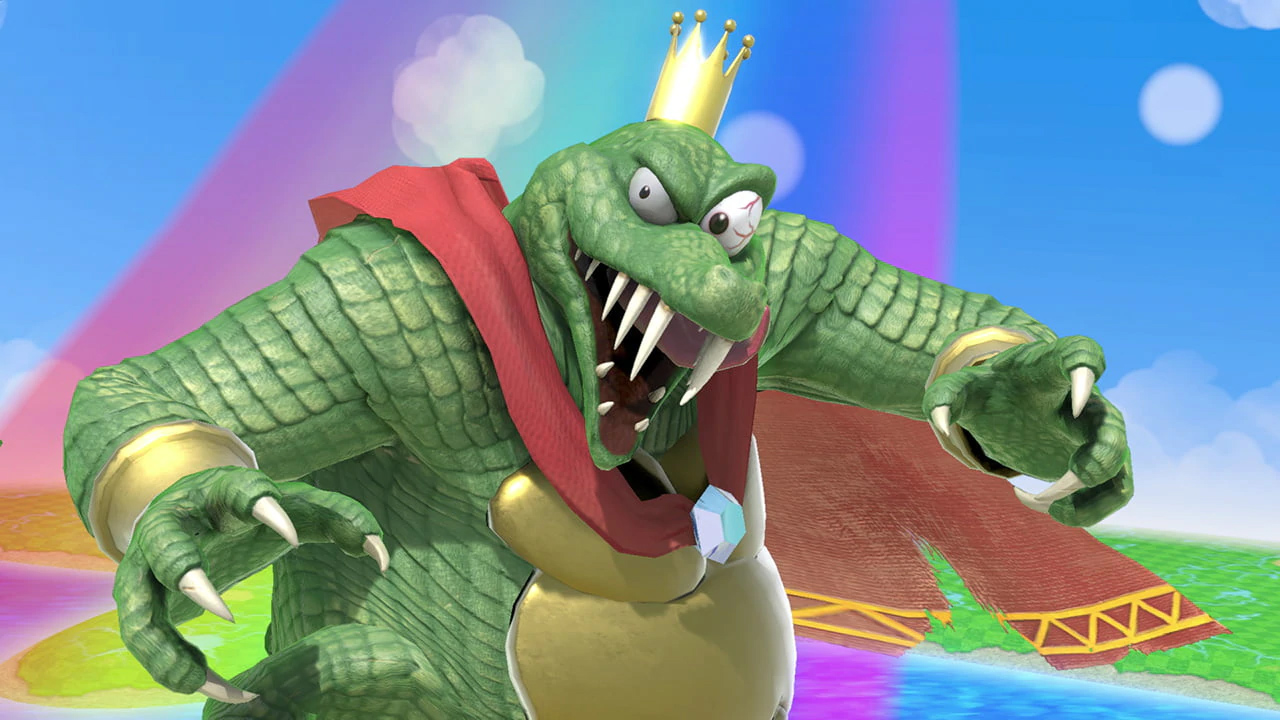 Not only are his design and look brilliant, but K. Rool seems to fit into the game perfectly. Because Sakurai didn’t go into detail about him as a character, we don’t know a lot about how he plays or his moves, but we can see from his reveal trailer that he uses plenty of references from his different appearances. Already, we’ve seen him use his crown as King K. Rool, his blunderbuss as Kaptain K. Rool, and his helicopter pack as Baron K. Roolenstein.

I suspect we’ll get more details later on, but for now we can all rest assured that he’s in the game at all.

In regards to Echo Fighters, Sakurai also finally confirmed whether or not Echo Fighters will get their own slots or not, and the answer is… both. Depending on your preferences, you can switch between stacking them in the same slot as the character they’re derived from, or giving them their own. Switching between the two while stacked is as easy as pressing a button, and it seems like the only difference is how you prefer to organize.

And lastly, in a rather passive and nonchalant announcement, Sakurai mentioned that they plan on revealing every character before the game’s launch, and that they’ll have a few more to announce later. There’s no telling whether these will mostly be brand new characters or Echo Fighters, but regardless, I think it’s safe to say we can all expect a couple more announcements in the near future. So stay tuned!