In less than 12 hours from this writing we’ll have the newest info on Super Smash Bros. Ultimate — aka, our most wanted game this year; aka, what we live for. This coming together of everything Nintendo (and then some) made our E3 something special, and now Masahiro Sakurai is ready to pull back the curtain just a little further to show us what’s in store.

We’ve got some guesses of our own as far as what content or features will be revealed, but when it comes to Smash it’s all about who we’ll be playing as. Giving new life to characters long gone or underused, and letting our longtime favorites shine, is part of what makes this series so mind-blowingly fantastic, and even if Sakurai has stated we shouldn’t expect too many new additions I think some educated guesses are in order. Keep in mind nothing has stated that we’ll see even one new character tomorrow, but if we do here are some ones I’ve thought over and feel fit the timing.

No, it isn’t Waluigi.

Hot off the release of WarioWare Gold, Nintendo could double up its marketing for the game in one fell swoop by announcing a character from it in Smash. Wario’s still the sole representative of the games, with only a couple Assist Trophies and unique stages to back him up. Now that Ridley’s bolstered up Metroid’s ranks, if there’s one solo-repped game I’d like to see expanded on, it’s this one.

Two faces come to mind immediately for this, one of which is already in the game in some form. Ashley, the girl next door living in the haunted mansion, is popular in her own right in Japan. She may not get that same response much here, but the number of times she’s shown up in Badge Arcade speaks volumes. She’d bring something new character-wise, being something of a gloomy girl with classic witch magic at her disposal. Brewing potions, flying on a broom, and summoning her familiar Red would make fights mere child’s play, and it’d let this secretly lonely character meet plenty of Nintendo faces. 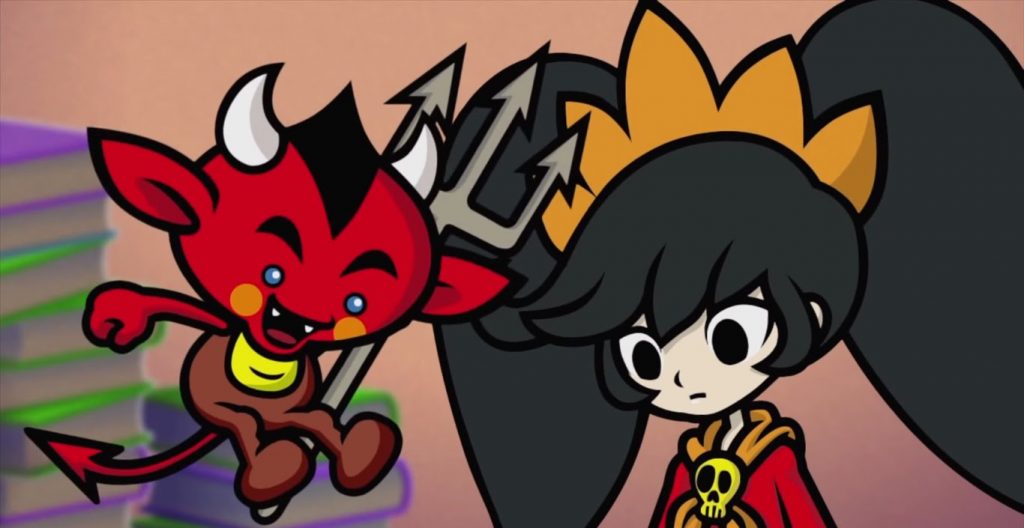 Speaking of Nintendo (you know, more so than usual), if there’s any other character that could make the cut from WarioWare it’s gotta be 9-Volt. This game obsessed grade schooler is the perfect chance for Nintendo to represent some of its deepest cuts in Smash. I’ve seen some impressive fan movesets for him in particular, and that’s sold me on the idea ever since. Best of all, he could even comment on and react to being in a game like this with all his favorites rushing in to beat him senseless. At least he’s got that helmet to stay safe…

Rhythm Heaven? Wubba-dubba-dubba, is that true?!

Look, I’m only human. I’ve got biases that skew my thinking. But this has to be Rhythm Heaven’s year for Smash. After the widespread Chorus Kid rumors leading into Smash 3DS & Wii U, the appearance of the Sneaky Spirit in Smash Run, and the datamined presence of “Rhythm” in the character-based emblem files for those games, I think those on the dev team can stretch out their necks and make this one happen.

With a lot of the same staff as WarioWare, pairing it with an announcement of the above would work well from that perspective. But really this could just be Sakurai and everyone on the team pushing themselves. Ice Climbers were only dropped for not being able to run on 3DS last time around, and here they are again. For Rhythm Heaven there may very well have been limitations if they were trying for some kind of three-character character like the Chorus Kids. 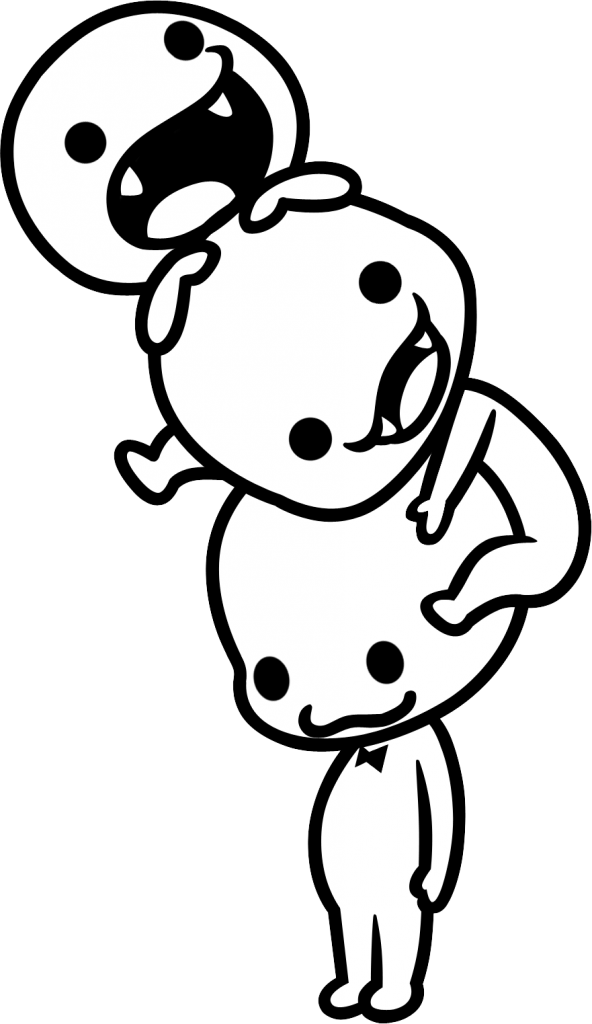 There’s no proof that it would’ve been Chorus Kids plural, mind you, but if they were planned at all that means there was an internal want. Something must’ve just gotten in the way, and with how hard Sakurai’s worked to include every character he can here, I can see him dusting off that old attempt to make things happen. Whether Chorus Kids, Marshal, Karate Joe, or someone else, I think it’s time to cue the music on Rhythm Heaven for Smash.

Bandai Namco continues its conquest of the fighting game world

With this Smash Direct announced at Evo 2018, the world’s biggest fighting game tournament, it could be argued that they were specifically targeting those who would tune in for something of that nature. Bandai Namco is a core part of the development staff here and the previous collaborations for titles like Pokkén Tournament, so if any new third party character is going to make an appearance tomorrow, I’d say one from Bandai Namco is most likely. The question is: Who?

If you read deeper into the fighting game thinking here, then a Tekken character could make sense. It’s the flagship fighting game for Bandai Namco and it had a great showing at Evo this year, with plenty more events to come. Heihachi, that series’ mascot (who’s no stranger to crossovers), received a Mii Fighter costume last time around. Having him make the jump to be fully playable could make for a similar addition as Ryu or Bayonetta, with a host of unique mechanics and combos at his disposal. 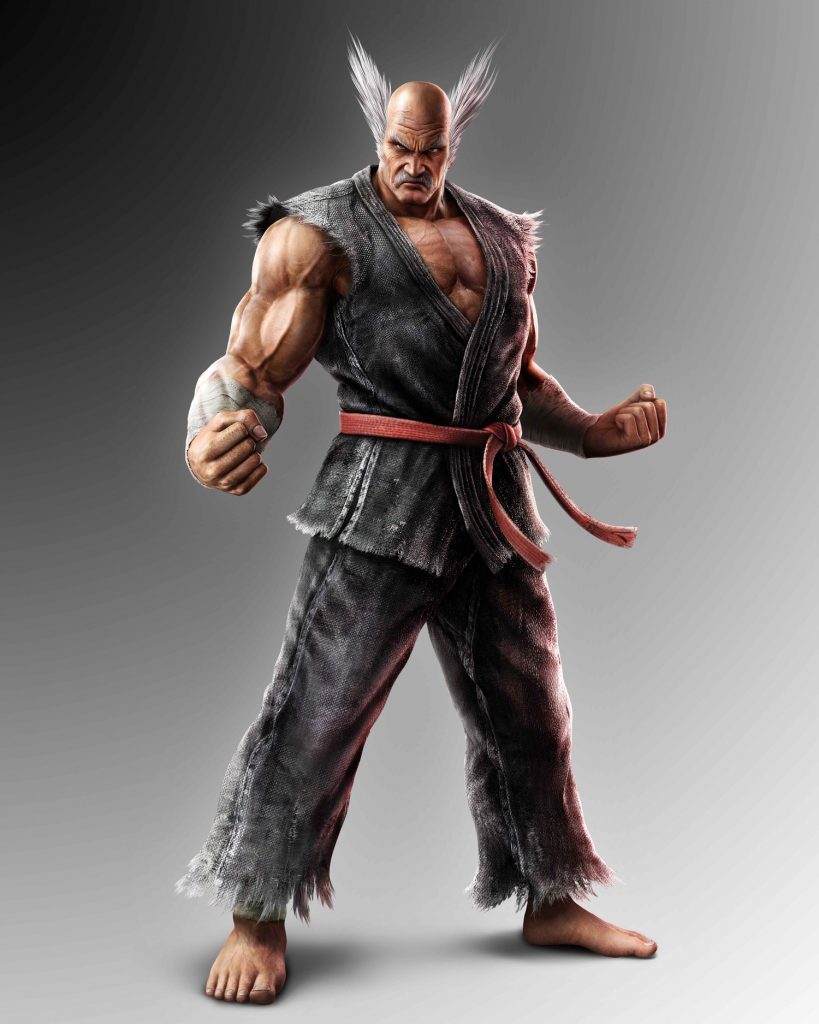 Past him, if I could take a shot in the dark, I’d call out a Tales of character as most likely for more Bandai Namco exposure — Tales of Vesperia specifically, with its protagonist Yuri Lowell making a great choice. He’s massively popular in Japan amongst fans, to the point he’s been retired from popularity polls because he’d just keep winning. He’d bring a different kind of swordplay than the rest of the playable sword characters, and would make for a good way to promote the upcoming Tales of Vesperia – Definitive Edition.

Make some dreams come true and let Bandana Dee be a star!

Remember that thing I said about bias back during the Rhythm Heaven section? Well, here we go again!

I’ve been told Bandana Dee getting in would the equivalent of taping a spear to a Goomba and letting it take part, but to that I say, “Pish posh.” This is more than just a representation of a harmless enemy type; this is a character who lately gets more attention than Meta Knight and Dedede at times. If you consider him a face of the Waddle Dees (and you should), then he’s been around just as long as Kirby and Dedede. As a more specific character, he debuted in arguably the best of the series, Kirby Super Star. Whichever way you look at it, he’s been around for decades and makes the most sense for a new Kirby character. 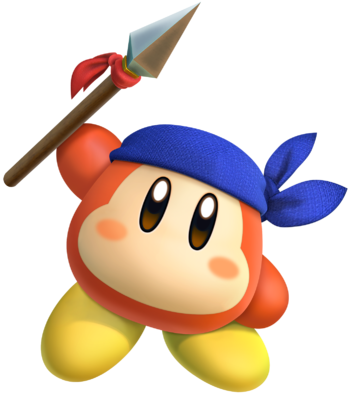 This’d be the time too, as Kirby’s been on a roll the last few years. Multiple new games, a real life café, an orchestra, and mountains of merchandise for his 25th anniversary means there’s no better time to be a Kirby fan (especially in Japan), and having Bandana Dee step up with his spear held high would be the perfect capstone for that celebration.

Bonus round: Bring on the Echo Fighters!

I don’t expect more than one of these potential characters to make an appearance. Hell, there might be none. But what I think is more likely is the addition of a new Echo Fighter or two in the roster. There are some clear and obvious examples that have been tossed around for this category, with Street Fighter’s Ken and Shadow the Hedgehog being the two I hear most. If these were Nintendo characters I’d say no contest, but as third party characters they’re just a little less likely in my eyes, no matter how much sense they make. 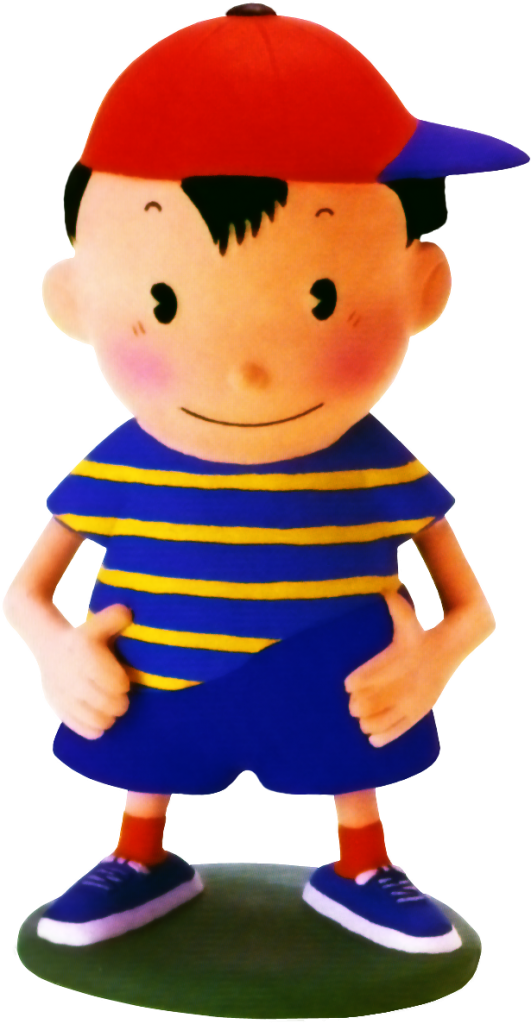 The two who stand out most from Nintendo’s own catalogue are both from niche RPG franchises that gained new and overwhelming attention thanks in part to Smash. Ninten, protagonist of the original Mother, would make for an easy Echo of Ness that could finally give their whole series a playable rep. The other is Fire Emblem, which really doesn’t need more characters — but someone like Fire Emblem Awakening’s Lord character Chrom could make for a good Ike Echo. Add in the fact we haven’t seen Robin’s Final Smash, which featured Chrom, and there’s a chance he might finally be off the bench. I’d say Fire Emblem’s the more likely of the two thanks to the continued success of Fire Emblem Heroes, but the added EarthBound characters showing up for Final Smashes and Magicant stage have my hopes renewed.

There’s a couple other likely ones as well. It might be too soon for another new Metroid addition, but Dark Samus could make the jump to playable with plenty of Phazon flair. Dixie Kong might be a perfect fit for a Diddy Echo, trading in the jetpack and peanuts for hair twirls and gumballs. She doesn’t fit his model quite as well as other Echos, but she’s still a great way to call back to their partnerships back on the SNES. Again, timing might not be right for her with no real pulse on the DK front at the moment, but just like Daisy before her, she could easily come out of nowhere. 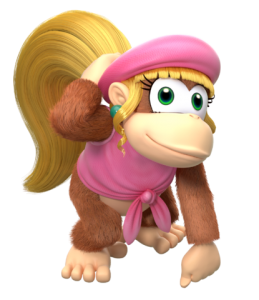 Keep in mind, these are just some of the many possible additions this game could get. All you King K. Rool fans don’t need to fire off on me, as I limited these additions to ones where I could see a certain level of credence or exposure for right here and now. Newer faces like ARMS characters, a Gen VII Pokémon like Decidueye, or Xenoblade’s Rex & Pyra certainly have potential. Panel de Pon’s Lip is one of my other main wants here, but do any of them make sense for a Direct tomorrow? Not particularly. That goes for a new third party character beyond the earlier Bandai Namco guesses, no matter how badly we’re hoping for Simon Belmont or Geno. I wouldn’t exactly mind being wrong though, if it means a Ridley-sized surprise or two.

Regardless of what gets shown tomorrow, we hope you’re as excited as we are and look forward to learning more about Super Smash Bros. Ultimate. Keep those fingers crossed and eyes open, because we’re going to keep this hype train rolling.