Some of my favorite arcade memories date back to side-scrolling beat ‘em ups. Games like Final Fight, The Simpsons, Golden Axe, and more always struck a chord both for their great challenge curves and their multiplayer potential. As a genre it struggled to persist once the industry shifted to home consoles, but every now and then you get a game that attempts to bring that magic back.

In 2012 Code of Princess released on the 3DS to try and pull that off. More than anything, it borrowed from Sega Saturn’s Guardian Heroes, featuring a unique lane system and RPG mechanics, to the point of involving some of that game’s staff in its development. It didn’t make much of a splash at the time, but it managed to stand out in my mind in a way that made me genuinely excited for its return on the Switch. Now that I’ve played Code of Princess EX, I’ve come to the conclusion that I don’t see it serve as a great example of this game style, but instead a lighthearted, yet average rendition of it.

Bringing the band together

Code of Princess EX’s campaign puts you in control of Princess Solange Blanchefleur de Lux as she ventures out from her fallen kingdom to try and save the land and protect her people. On the way she gathers up allies to form a party of quirky RPG staples. Between a deadpan necromancer made of corpse parts, an animal loving martial artist, an obnoxious bard swearing he’s just a few experience points away from upgrading to sage, and more; there’s a lot of variety in the core cast all anchored by the likable Solange. 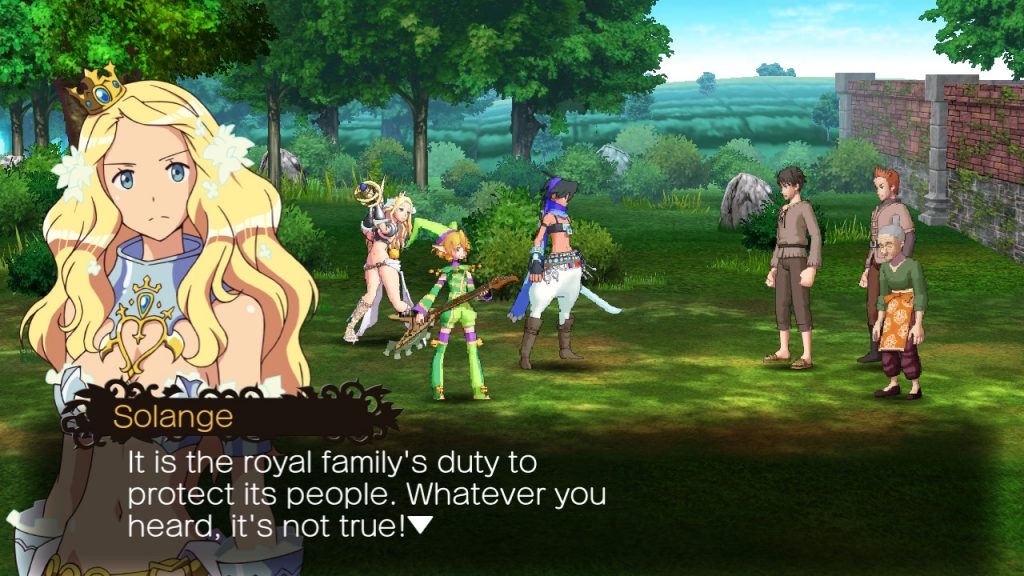 The most memorable aspect of the game has to be the character designs. Each one was over-the-top in their own way, and even with how busy some of these could get, every character made an immediate impression. This gave way to their fun personalities and growth as a group over the course of the story. They’re easily the most striking and memorable part of the whole game, feeling more like a cast of fighting game characters to me — and even with the faults that came along with their journey, I’m still glad I met them.

Ultimately, the plot is thin, told in quick cutscenes before and after stages. Everything’s accessed via simple menus to select your mission, pick a character, and get right into it. The stages stand out with their multi-lane design, letting you hop between the fore, mid, and background to maneuver around enemies. It has a lot of potential, but nothing seems entirely built around this design choice. Some attacks hit across more than one lane, and it made for unique strategies in certain fights, but it feels like the mechanic is never fully realized. 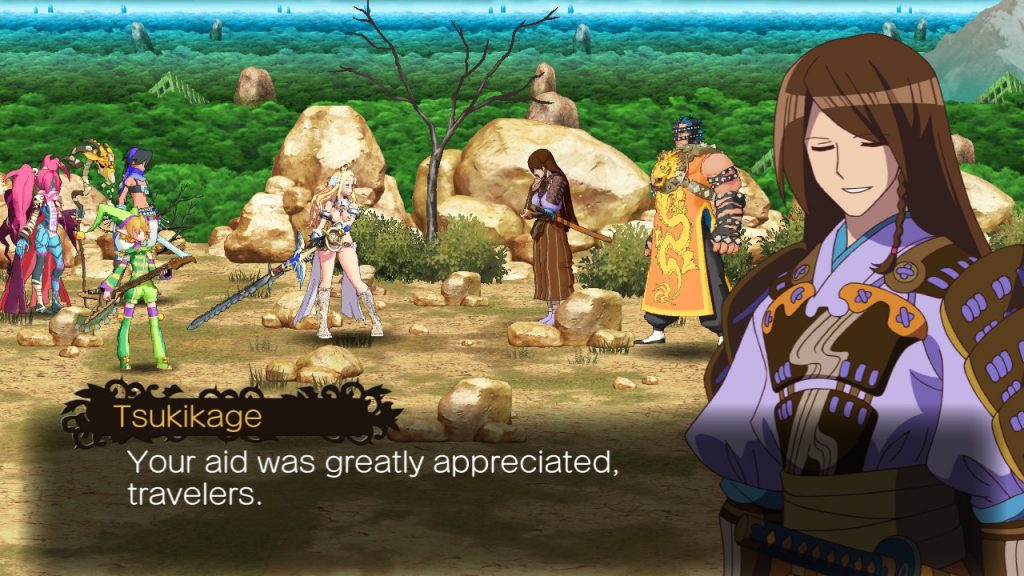 The combat itself is fairly repetitive, with simplistic combos for mashing an attack button as well as fighting game-like inputs for character specific specials. The variety in playable characters kept things from being overly samey from mission to mission, but when you go through again and again it eventually devolved into the same underwhelming hack-and-slash cycle.

Pick up, play, and take plenty of breaks

Your own experiences may vary based on how much those factors matter to you, but I found myself playing the game in short bursts of a few missions at a time. In that way the game is well suited to the Switch in handheld mode, making for a good pick up and play title and alleviating some of my issues. With all of these quick mission run-throughs rewarding you with experience points, gold, and new equipment, it also complements the game’s RPG elements. 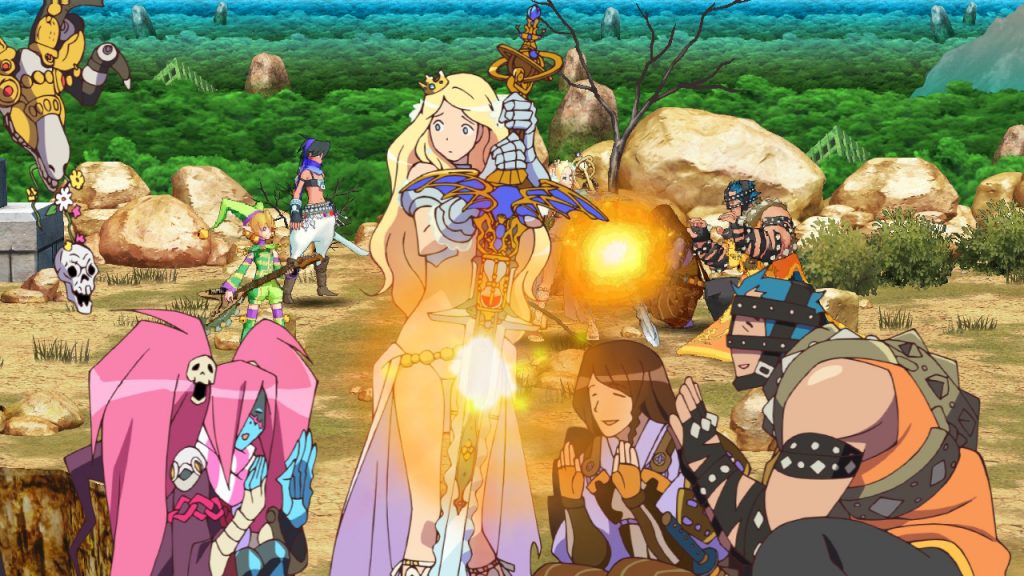 Outside the campaign you can replay its missions, as well as more specialized objectives, with over 50 characters. Ranging from the story’s key players (both good and bad) to generic enemies and everything in between, I actually enjoyed giving them all a try and seeing how they worked based on my own decisions versus the game’s.

My time with Code of Princess EX ended up a test of patience, devolving into a repetitive cycle until I found a character or two that were actually enjoyable to me. Unfortunately, the damage had been done at this point, which made the cracks in the game’s foundation show in what could’ve been a shining example of the genre. The repetition of its missions and various other faults keep this particular title from taking its rightful throne. Still, thanks to its likable cast of characters, each with their own playstyle, and a solid pick up and play design that feels right at home on Switch, Code of Princess EX manages to build some luster that was worth experiencing. 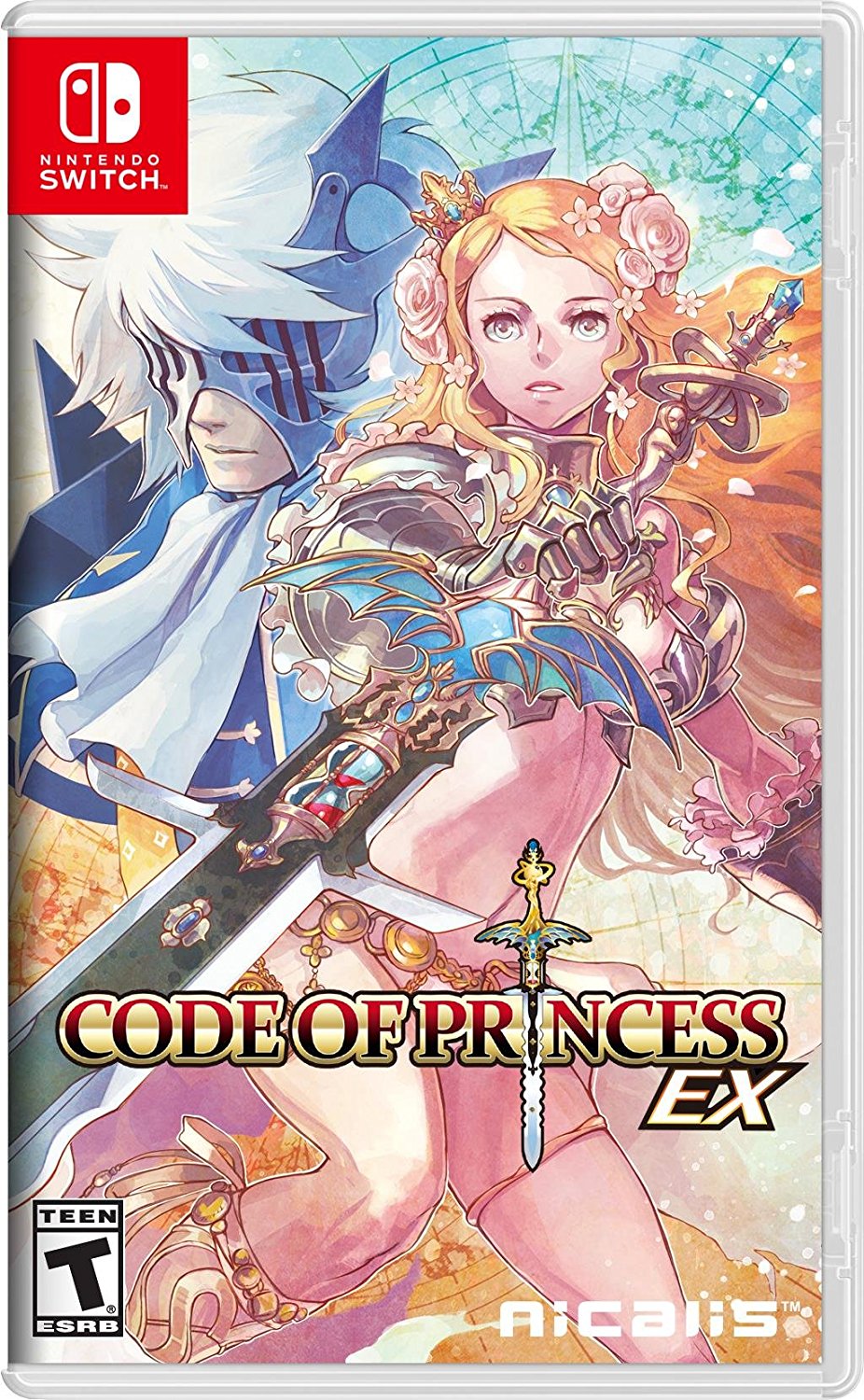