As a child who grew up in the early ’90s, arcades have always been near and dear to my heart. From an early age I always loved the feel of a springy arcade joystick and the sensation of brightly colored arcade buttons under my fingertips. There was something so precise and fun about playing at the arcades that my home video game consoles just couldn’t recreate. Heck, now that I’m in my 30s, I even bought two full-size arcade cabinets for my home to keep the sweet nostalgia alive in my heart. While having an arcade cabinet is pretty amazing, games like Pokkén Tournament, Street Fighter II, and pretty much the entire Arcade Archives collection on the Nintendo Switch could benefit from the same classic control scheme. Well, thanks to the good folks at Hori, now those dreams can be a reality with the stellar Real Arcade Pro V Hayabusa for Switch.

While Hori isn’t the first to bring an arcade stick to the Nintendo Switch, it most certainly released the best. The Real Arcade Pro V is the closest you can get to the feel of a real arcade cabinet, and it really shows. Featuring nine professional grade Hayabusa buttons, an incredibly precise joystick that allows for ultra fast inputs without lag, turbo button support, and the option for button remapping, this joystick is really designed for professionals. While I wouldn’t consider myself a pro gamer by any means, I still really appreciate just how nice this joystick feels in my hands. Whether I was playing Donkey Kong, the Original Mario Bros., or even indie titles like Shovel Knight and Sonic Mania Plus, this stick really made a difference with how I experienced the game. 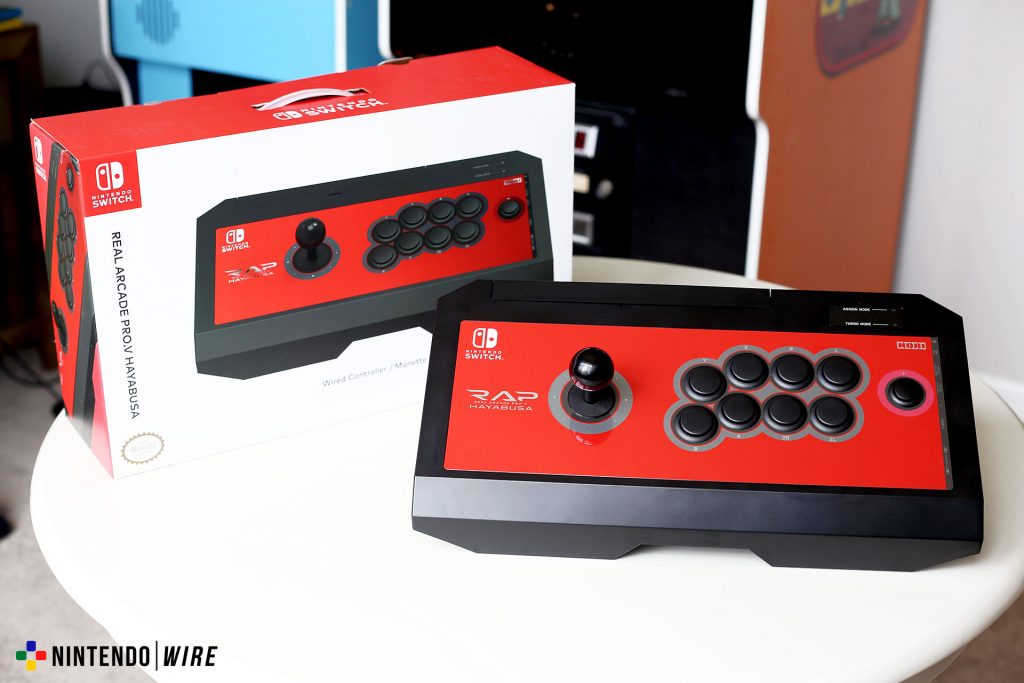 Like most professional grade arcade sticks, The Hori Real Arcade Pro V is a wired controller with no option for bluetooth or wireless support. While this is the norm for most tournament players, the average gamer might be a bit annoyed with plugging in the USB cable every time they want to play. Hori does include an extremely long 10 foot USB cable, so it makes finding a reason to complain kind of difficult. Hori also included rubber pads on the bottom of the joystick to help prevent it from slipping. I tested this stick out both on my lap and resting on the ground, and even in my most extreme play sessions, I never felt the stick slip whatsoever.

During my time with the Real Arcade Pro V, I played Arcade Archives: Donkey Kong and Pokkén Tournament on the Switch. As an owner of an original Donkey Kong arcade, I found using the Real Arcade Pro just as responsive as the original (if not more so). Pokkén Tournament also felt fantastic using the stick. Character movement and combos were flawless and really made me feel like I was playing a completely different game. As I said earlier, I am in no way, shape, or form a professional fighting game player, but still, I got a lot of enjoyment out of using such a high quality stick. 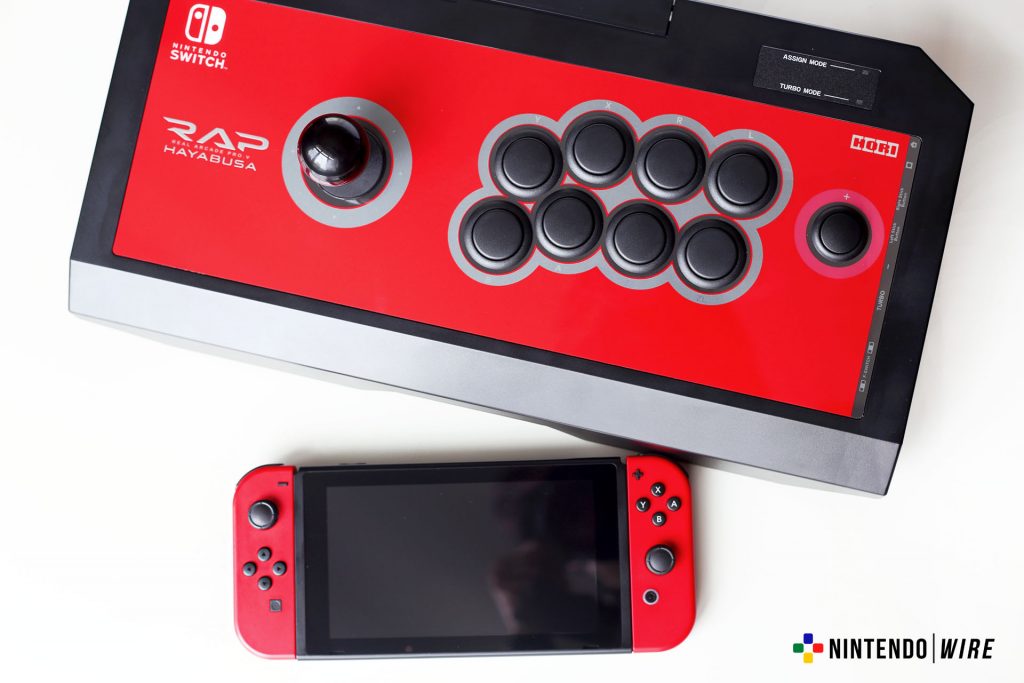 Overall, the Hori Real Arcade Pro V is a solid pickup for tournament players and arcade lovers alike. The buttons are fast and responsive and the body itself is solid. The added features of turbo and button mapping are just icing on the cake. If you’re looking to snag one for yourself, you can pick up one on Amazon for $149.99. 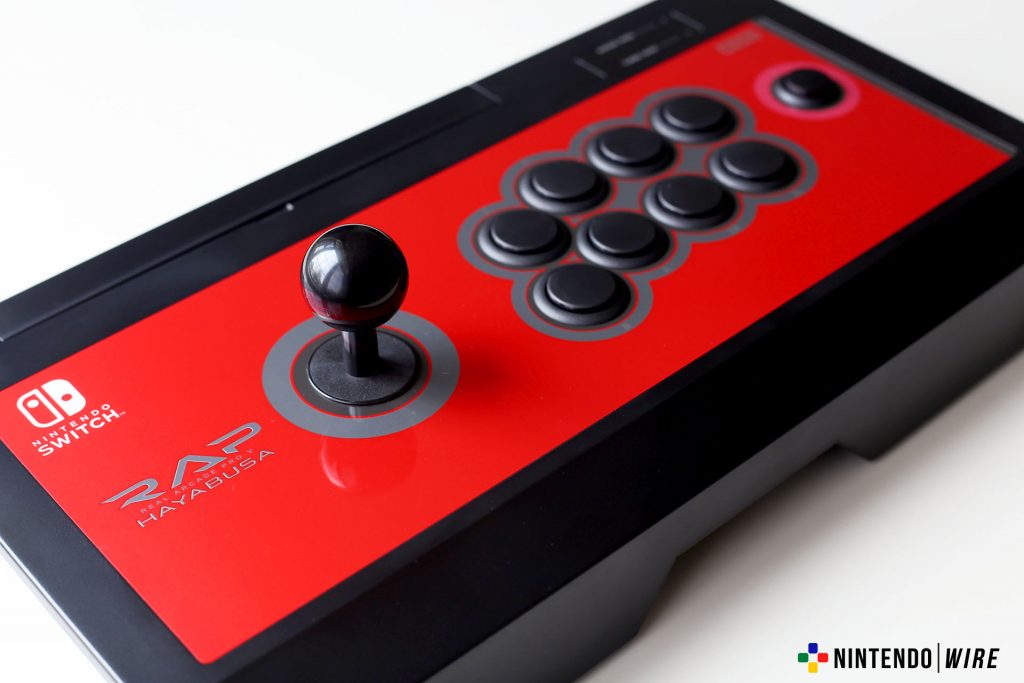 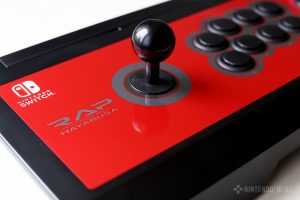 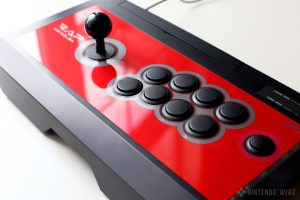 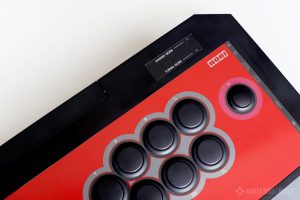 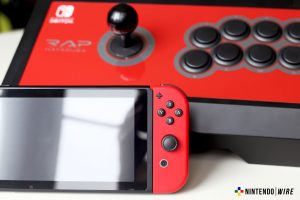