From the day it was announced Pokémon: Let’s Go! has been positioned as a more casual entry point into the series, and The Pokémon Company was quick to soften the blow with the announcement that a fully fledged new generation will land next year. Still, this latest change to the formula is sure to peeve some long time fans…

As Siliconera reports, the official website for the games has a page devoted to the gyms, which reveals that in order to enter them you’ll have to pass certain requirements offered up by the Gym Guide near the entrance. These include being a certain level, having specific types in your team, and more. An example given is for facing against Brock, with the character asking to see a grass or Water-type Pokémon. 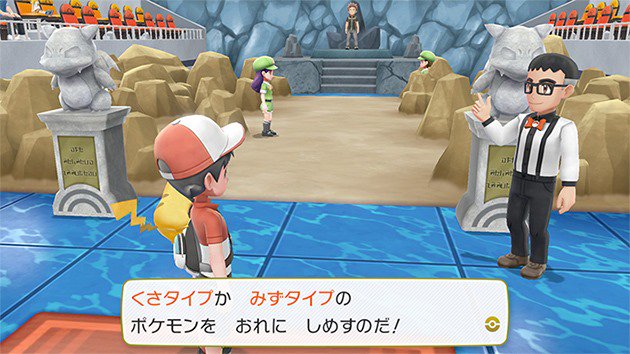 While you couldn’t catch Pokémon of those types ahead of Pewter City in Pokémon Yellow, it’s probable some have been sprinkled into the preceding routes.

Hopefully these requirements won’t be too restrictive on teams!