Some people have been saying that Mario Tennis Aces, with its special shots and meter management, is more like a fighting game than a sports game. Now we can add character-specific balance changes to that list of similarities.

Tomorrow, July 19th, Mario Tennis Aces will update to version 1.1.2, which will bring a couple of changes to the game. First off, the update will change the range at which a character can return the ball by making “the distance you can move and the scope between left and right shorter.” The update will also make characters gain meter quicker, but it will cost more meter to use a late Trick Shot. Finally, players will no longer be able to get hit by a body shot when returning a serve until the ball bounces once. 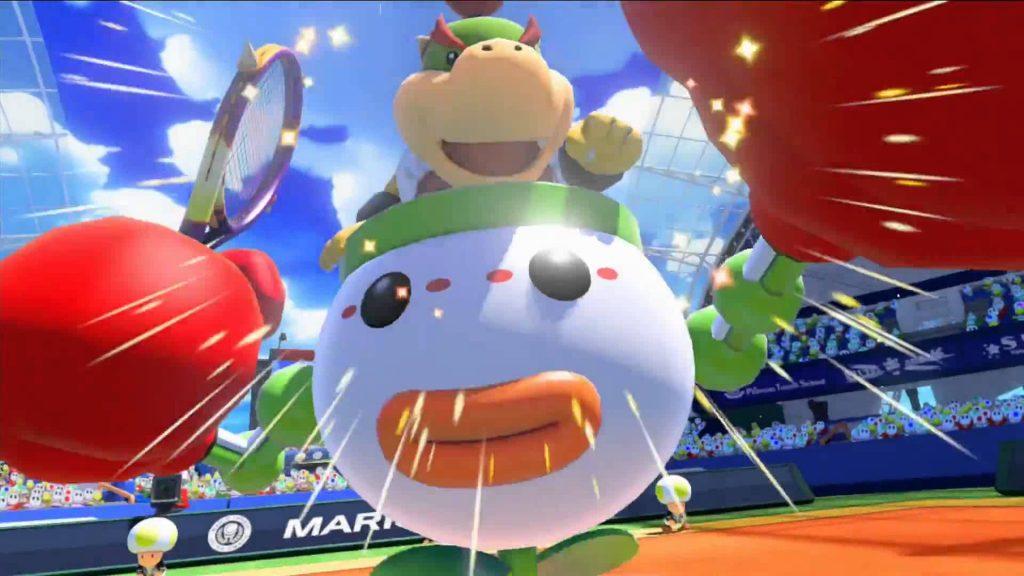 The update will also bring some nerfs to arguably the game’s strongest character: Bowser Jr. The Defensive character has been pretty dominant on the court thanks to his super long reach, ability to place the ball where he wants pretty easily, and his high movement speed when charging. This update will change his charging move speed and will lower the angle that he returns the ball at. Additionally, the patch notes promise more changes to Bowser Jr. specifically before the August tournament.

What do you think? Is Bowser Jr. too strong in the game? Overrated? What changes would you like to see in the game? Let us know on Twitter!