Things have been a little quiet on the Mega Man 11 front, but time has finally come for some news: Capcom has let a new boss burst onto the scene. Blast Man is the newest Robot Master that Mega Man will have to take on, continuing the proud tradition of bomb throwing bots that started back in the very first game. 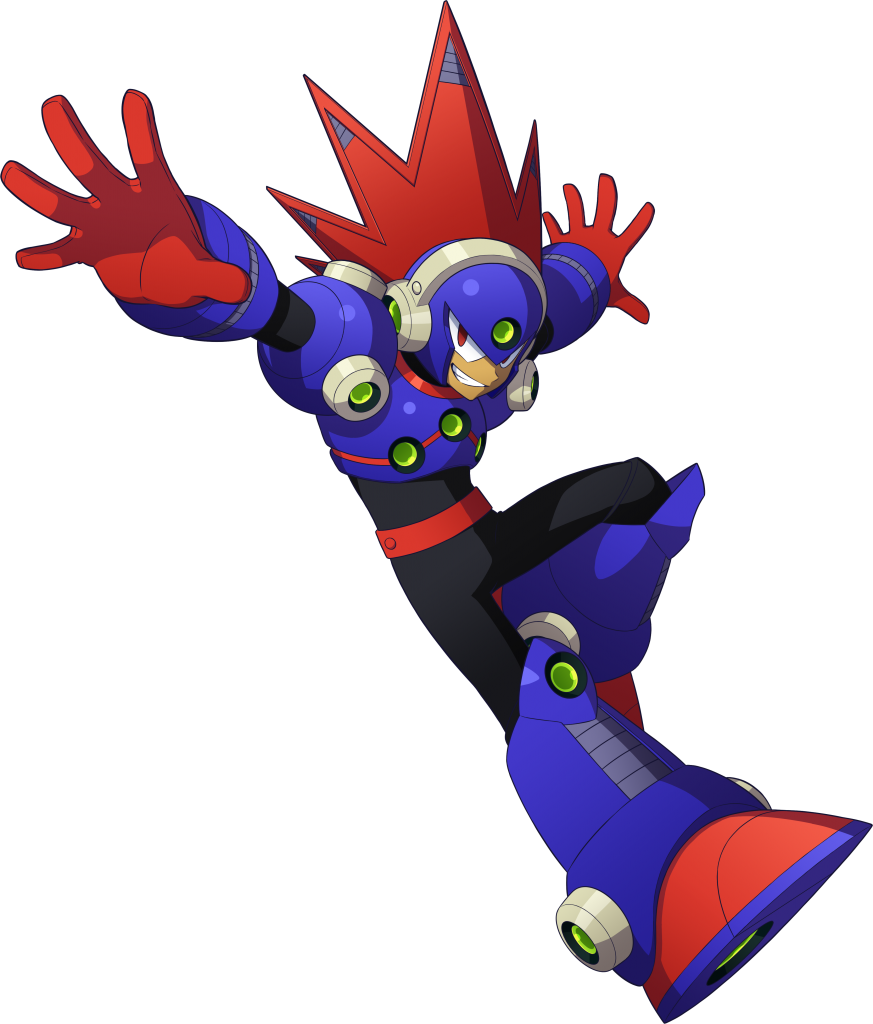 Probably my favorite detail with all this new information is his stage. Being a bit of a showoff, Blast Man has taken up residence in an abandoned movie studio amusement park for the sake of giving himself a dynamic playground and letting him promote himself as an action star. Mega Man will have to do all his own stunts to get to him, facing down the returning Sniper Joe enemies and an all new roller coaster themed mini boss. 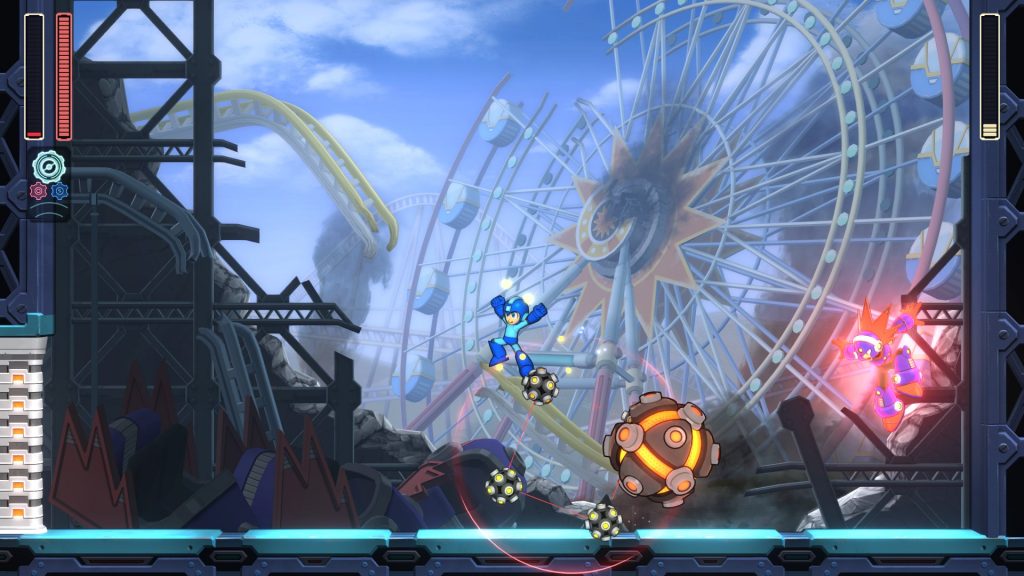 Just like Mega Man, Blast Man has access to the Gear system at the heart of the game. By tapping into the Power Gear, he’ll be able to power up his pyrotechnics and change up his attack patterns. By besting and busting him, you’ll gain access to the Chain Blast weapon, which allows you to fire floating bombs that can connect with each other for bigger attacks.

Outside of the main game, some familiar and new features are also making their way in. The shop is returning, letting you trade bolts for upgrades to your skills courtesy of Roll, Auto, and Dr. Light. This includes an Auto-Charge chip, which will power up the Mega Buster on its own. 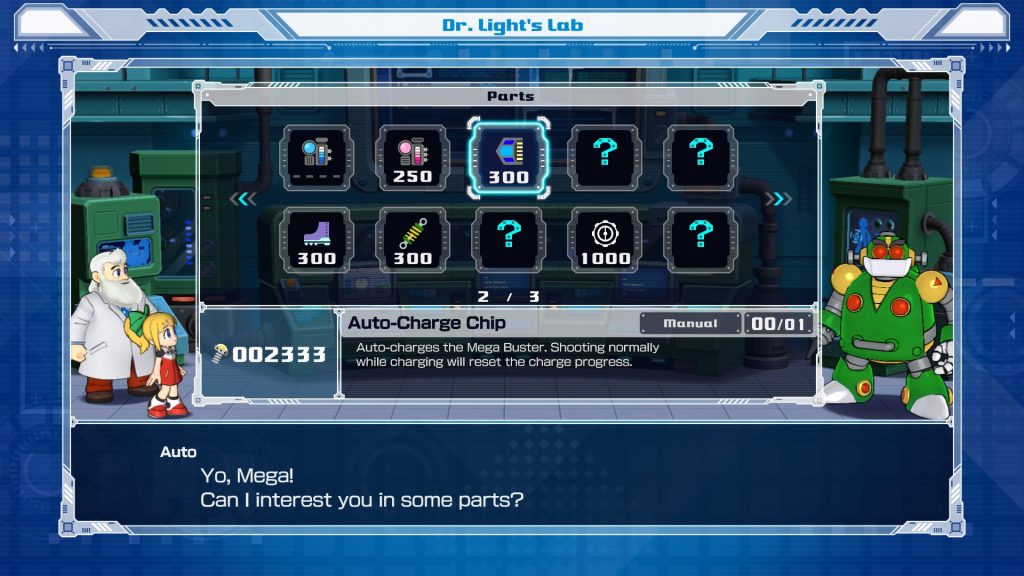 That’s all standard fair, as is the Time Attack mode from more recent games — but the new Balloon Attack mode sounds like a lot of fun. The existing stages will replace enemies with either blue or red balloons and it’s a race to see how quickly you can get through. Make sure to pop the blue ones and avoid popping reds. For each blue you miss or red you burst you’ll add to your total time spent, making this a game of speed, precision, and mylar management. 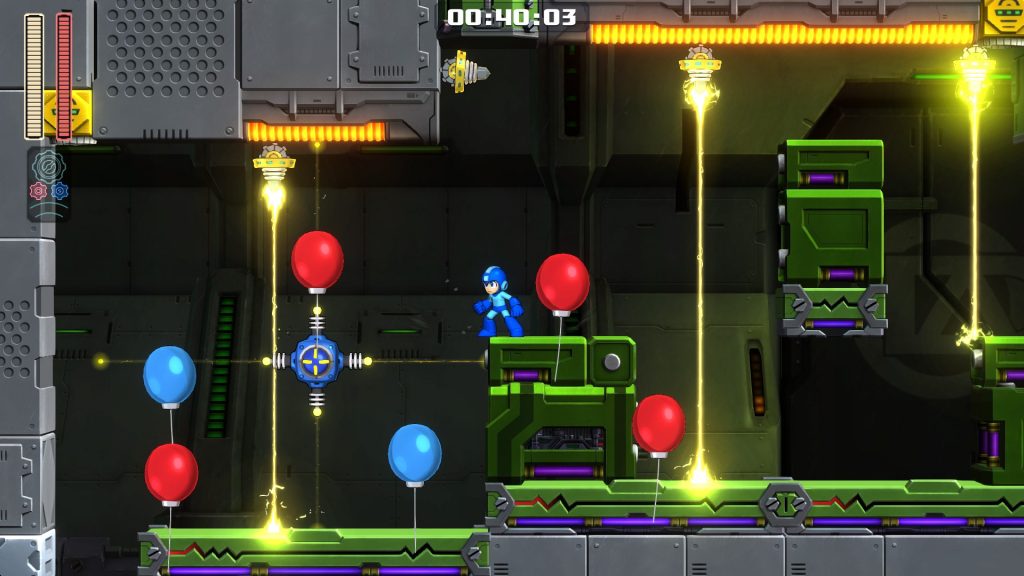 Sounds like Mega Man 11 is shaping up to be a more fully featured game than I expected. I’m liking the flavor that’s going into each Robot Master and all their stages; plus, Balloon Attack sounds like a great extra mode. Hopefully there are just as many new twists in the remaining five Robot Masters — who might just be revealed on the way to the game’s October 2nd release.