Super Smash Bros. Ultimate box art in Germany gets rid of Yoshi for space (and his tax fraudulence, obviously)

The Super Smash Bros. Ultimate box shows off a really nice piece of art, full of impressionistic colors and dynamic poses. But Germany, due to its USK rating board’s absurdly large sticker required on cases, has a slightly different version, as Mario’s gallant green steed Yoshi has been omitted from the cover, likely due to committing tax fraud.

Previously perched below Link’s right knee and above Pikachu, Yoshi has all but vanished from the cover, presumably after being arrested by German federal agents in early June. Yoshi’s history of cooking the books goes back a couple years, to when he continued to file Mario as a dependent long after the baby had grown into a plumber and faced the wrath of the Mushroom Kingdom IRS as a result. His lawyers were good enough to avoid punishment thus far (though there were murmurings that Sakurai wouldn’t let him back for Ultimate), but it appears the law has finally caught up with him. This is also assuredly the reason his Switch game has been delayed to 2019. 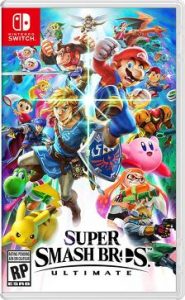 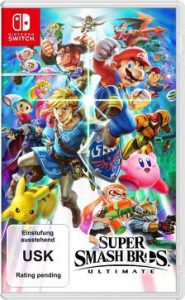 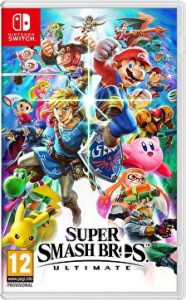 It’s unclear why the PEGI and ESRB versions of the box art have let the devilish dino be — perhaps there’s quid pro quo going on under the table, or a tangling of extradition laws preventing prosecution. Or maybe Yoshi hasn’t actually committed tax fraud and we’re simply continuing a random, amusing line of memes on the subject. Either way, Super Smash Bros. Ultimate launches December 7th, and will include the sneaky, saddle-backed crook, regardless of whether or not he fills out his W-9.