Note: My E3 2018 demo time with Team Sonic Racing was based on the PlayStation 4 build of the game, as the Switch version was unavailable at Sega’s booth.

Kart style racers have been some of my favorites since the N64 brought me Snowboard Kids, Diddy Kong Racing, and plenty more. That’s held to this day, but more often than not it all comes back to Mario Kart — with one notable exception from his most famous rival.

The pair of Sonic All-Stars Racing games changed things up by emphasizing the driving itself over the items, giving greater rewards for well-timed and controlled drifts, and pulled it off with Sega’s own library of characters and worlds with Sonic the Hedgehog leading the pack. Speed forward to this year’s E3, and the Blue Blur, his friends, rivals, and enemies are ready for another lap that’ll feel plenty familiar while trying something new.

Only one track was available, this one based on Sonic Colors’ Planet Wisp. That’s fairly fitting, as this time around the race items are all these alien sprites. It’s pretty standard fare, giving drivers boosts, projectiles, and hazards. Six playable characters were available that could be further broken into three categories: Sonic & Shadow as Speed type racers, Tails & Rouge as Skill types, and Knuckles & Omega representing Power. 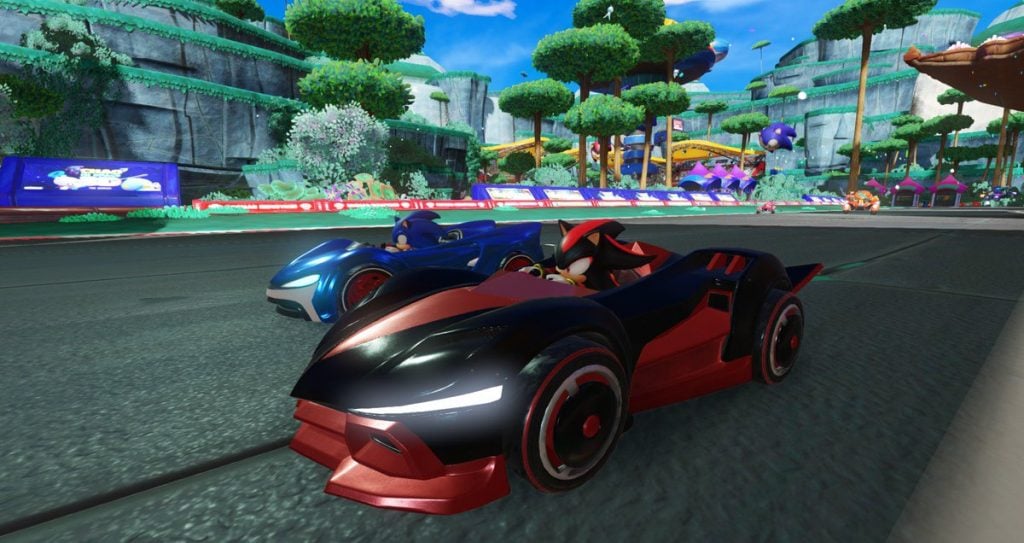 From what I could tell, this translated into typical and familiar weight class standards. Tails was slower than Sonic, for example, but he offered tighter control in comparison. There didn’t appear to be any greater difference or exclusive areas for classes (like in older Sonic racing games), but it did offer some variety.

What really sets this one apart from its predecessors is the “Team” in the title. Each race of 12 drivers (the six playable options, with the other half made up of all those Eggman robots) is actually a competition between four teams, and the combined performance of a team’s drivers determines that team’s real place. That means you can still come in first place, but if your buddies fall behind, your team could be settling for the silver trophy.

Allies can assist each other during the race in multiple ways that increase the overall performance. My first drive through went terribly, with all of us towards the middle of the pack. Once I realized I could share and request items amongst my group, or follow the drift trails of my partners to slingshot boost around the competition, my overall experience started to get much better. By the end of my time with the game, we were unstoppable. 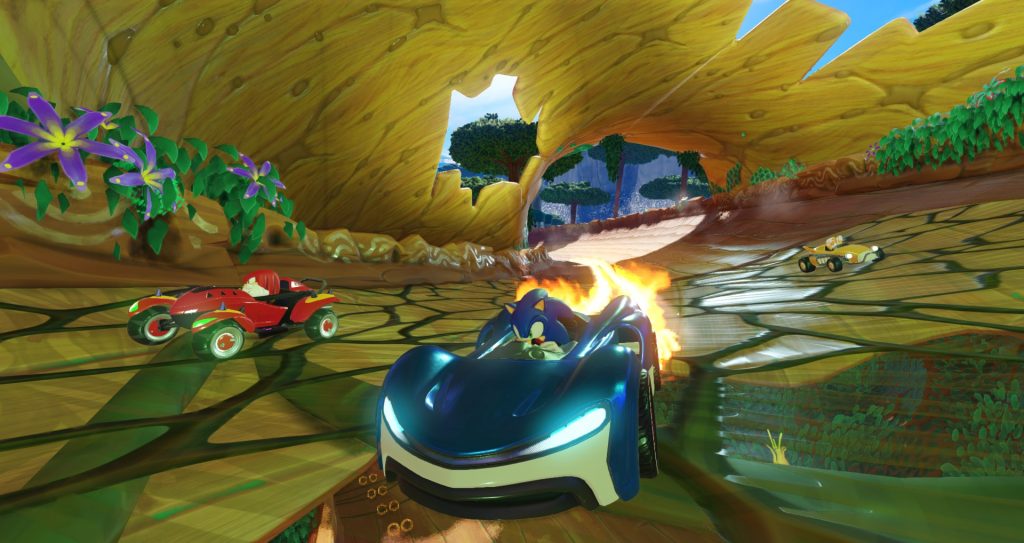 While this concept sounds great and has a ton of potential with human allies, the single player/computer assisted demo I played didn’t do the best job showing it off. I performed fairly identically two races in row when it came to sharing items with my team, and our performance went from securing the top three spots to just barely managing a win based on how well we did. There’s always going to be that sort of random factor in kart racers, but in this instance made it feel like the team mechanic added another unnecessary layer.

Still, I walked away from my time with it feeling good about Team Sonic Racing. It controls well, with the same fluid style as Sonic and All-Stars Racing Transformed’s driving. The track design offered multiple paths at points, and the whole game captures the current Sonic aesthetic well. Hopefully the full release holds more consistency with the teamwork aspect when playing with AI — where it truly shines is when racing with friends.