Even if how we achieve this varies, everyone who plays games is out to experience and lose themselves in something different — something special. Maybe it’s the story of the world that manages to seal the deal, but sometimes the gameplay and the aesthetic itself are just that good that you find yourself playing while totally entranced. That’s what’s been happening to me lately, and I owe it all to Lumines Remastered.

Originally released for the PSP, Lumines tasks you to drop multicolored squares onto a grid-based playing field to make more squares of matching colors. All the while there’s a bar wiping across the play area that’ll make the joined squares disappear to up your score. This simple form of gameplay somehow captures the same simplistic excellence as Tetris with how it dares you to keep playing, and playing, and playing.

Shake your body down to the ground

That foundation is solid enough for a fun puzzle game, but what takes Lumines from nice distraction to sensory salvation is its sights and sounds. In the core mode your progress isn’t tied to score thresholds or a timer; it plays out across the length of a song. Each of these tracks has its own visual theme that changes the background and squares, all of which together are called skins. 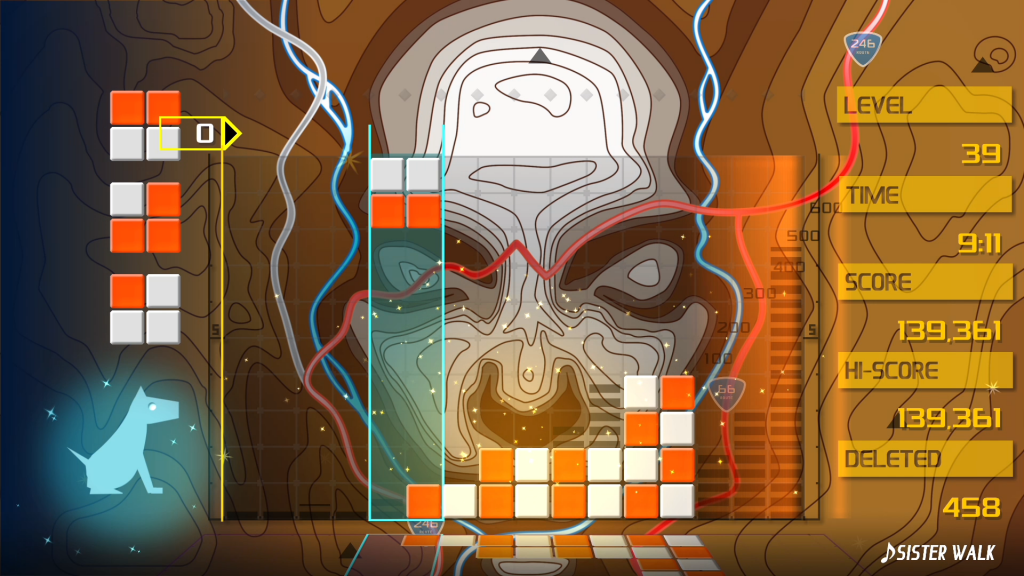 I haven’t come across a skin I haven’t liked, with the abstract visuals and electronic beats melding perfectly with the gameplay. The constantly moving bar and your square drop rate are all tied to a song’s tempo, meaning some skins end up more demanding of your reflexes to keep while others test your ability to plan a bit ahead since squares are cleared much more slowly.

This all in mind, for me Lumines ended up a game of back and forth where even within the same skin you’d spend a whole lot of time laying squares together, only to suddenly see the opportunity you’ve been waiting to create a massive, screen clearing combo. It can go from low energy enjoyment of the aesthetic elements of the game to sudden revelry in the gameplay in the blink of an eye.

The main mode of the game, new to Lumines Remastered, tasks you with clearing all 24 of the game’s main skins in a row. It’ll just take a few times through to learn the ropes, and you’ll unlock a similar shuffle mode that randomizes the order. There’s also familiar and expanded puzzle and mission modes, local versus multiplayer, time attack, and a custom skin edit mode where you can tailor make your own experience by selecting which skins to play in whatever order you like. 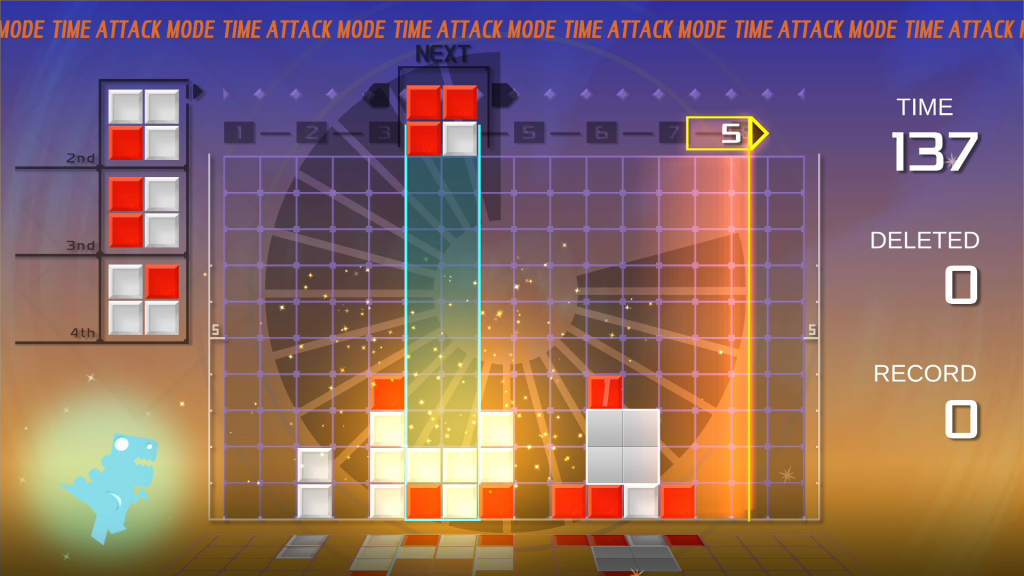 My only real issue with the game is one that’s shared with its whole drama: repetition. Made less of a problem with the visuals and sounds, it can’t be avoided that there’s really only one core way to play. If that doesn’t click with you for whatever reason, you won’t be finding a solution in the other modes. Playing through the game’s basic challenge mode is a different kind altogether as well, as it forces you to grind through every song again and again to try and get a little further and unlock new skins. I personally enjoyed the challenge and learning the best way to approach each skin’s unique timing, but not everyone will walk away as satisfied.

The Remastered version also includes some of the best rumble support I’ve ever experienced in a game, made doubly so by the HD Rumble of the Joy-Con. Each skin has its own rumble rate that pairs with the song and your square placements by default, though you can turn off one or both of those (not that you should). That’s cool in its own right and feels satisfying, but where it takes things further is by allowing you to connect up to eight Joy-Con just for rumble support. Called Trance Vibration, you can have the two in hand for playing the game with others placed at points on your body to heighten the sensations overall. 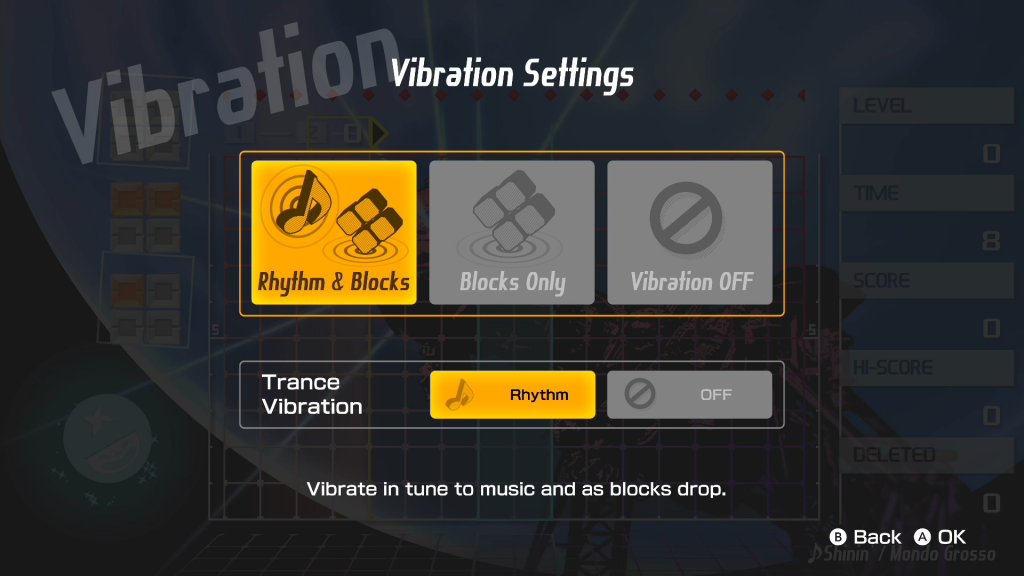 What really surprised me was how this game got me to play with spare Joy-Con in my pockets — and it actually added something to the experience. Other recommended spots were under feet or placed in belt loops at the hips, or creating your own method of play. The full embracing of the hardware to heighten feedback is something I always appreciate seeing, and this stands right up there with Star Fox 64 paired with the Rumble Pak in my eyes.

Lumines Remastered is an easy recommendation for any kind of player. If you just want to hear a stellar and infectious soundtrack while looking at flashy, fitting visuals it’s got you covered. Want that with the promise of hours upon hours of self-driven gameplay while you chase your score and progress? Perfect. Most of all though, if you want to experience a game that can capture your senses and stir your brain all while being one of the most entertaining modern puzzle experiences available, you have to give Lumines a try. 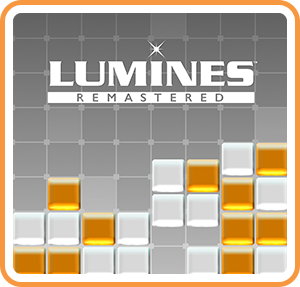