Even though practically every RPG out there promises an epic journey of exploration and discovery, very few of them accurately capture that feeling of uncovering a whole new world. With Ys VIII, however, developer Falcom has aimed to put that experience at the core of the game, and it’s pretty unforgettable.

Ys VIII begins with red-haired protagonist Adol setting out on a ship as a hired hand alongside his stalwart companion Dogi. As they sail over some especially notorious seas, disaster strikes, and the passengers of the ship end up scattered across the mysterious Isle of Seiren. 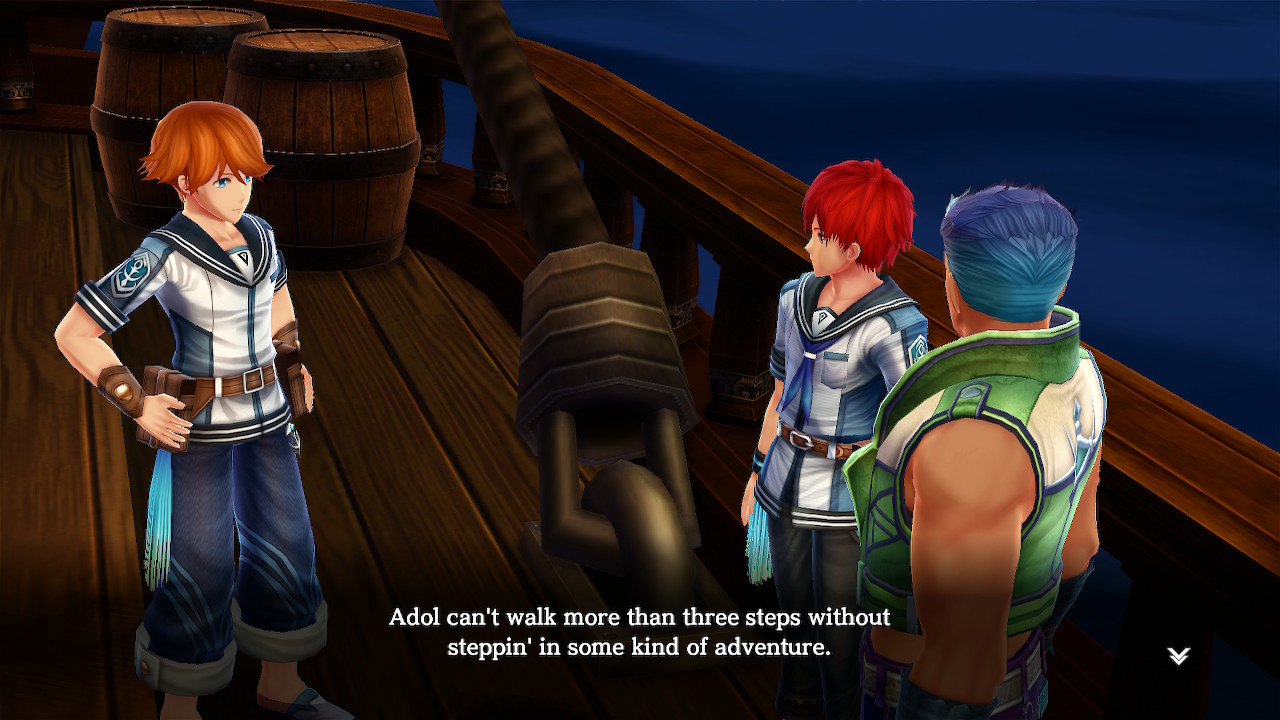 While the game takes place towards the end of the series chronologically, it’s worth noting that they’re very self-contained adventures, with only a few connections between them like the aforementioned adventurers Adol and Dogi. Practically any entry is a great starting point, and VIII’s opening is the perfect opportunity to reset the characters to zero.

The main crux of the game is exploring this strange new land, meeting allies and slowly building up your team of rescued passengers. This is at the core of everything in the game, and it’s impressive how seamlessly it all connects together. 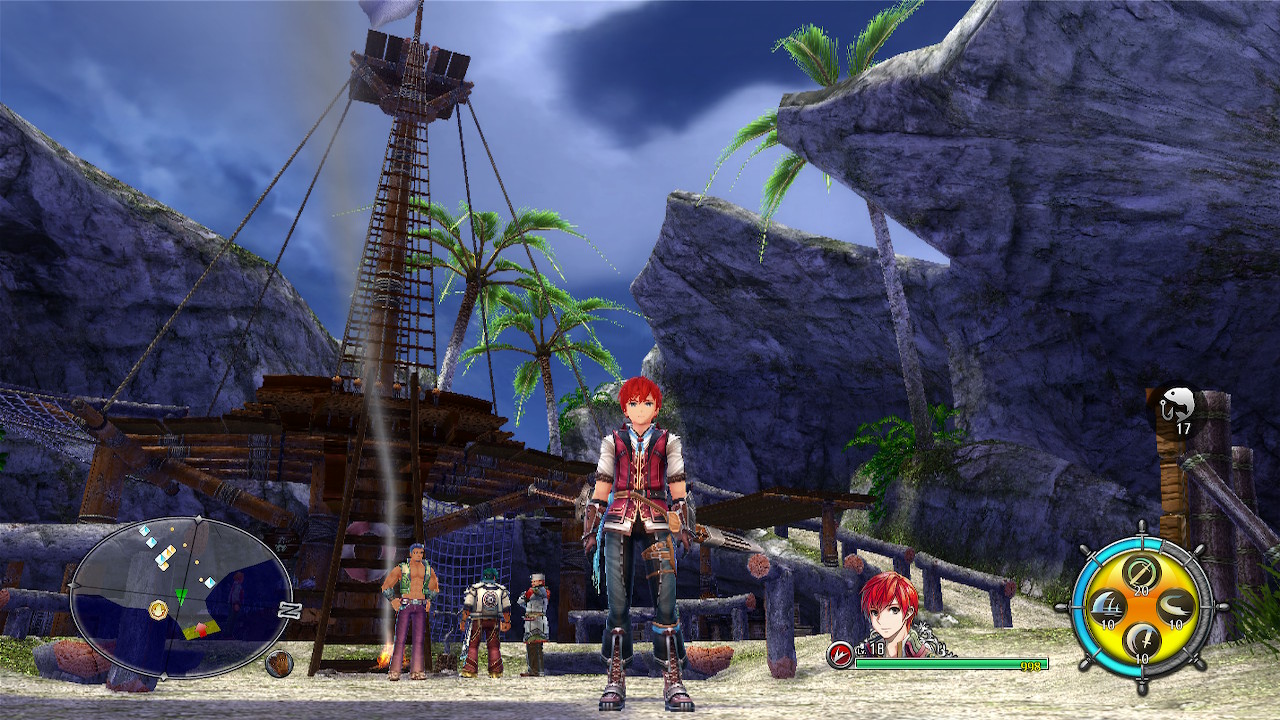 Your “Castaway Village” starts as nothing but a campfire, but with each person you rescue and quest you complete new facilities open up, showing your little civilization flourish naturally. While it may not sound too impressive on the surface, it’s incredibly satisfying to see the fruits of your labor before setting out to accomplish even more.

Ys is well known at this point for being one of the most frenetic action RPG series out there, with many of the games featuring fast-paced deadly combat that relies on plenty of combos. Ys VIII is no different — Adol and his party are dashing across the island at a rapid pace, cutting down any foes that get in the way.

It isn’t a simple button masher, though. Not only does every character have special moves they unlock gradually and deliver through a quick button combination, but they also have an associated “element.” Adol, for instance, does Slash damage, while the Rapier-wielding Laxia pierces foes, and then there’s the slower Smash type. These weaknesses are clearly noted when you lock on to enemies, so there isn’t much in the way of tactical thinking, but it does encourage you to play as more than one character. There are also plenty of shortcuts to access items and your inventory, which only keeps things flowing. 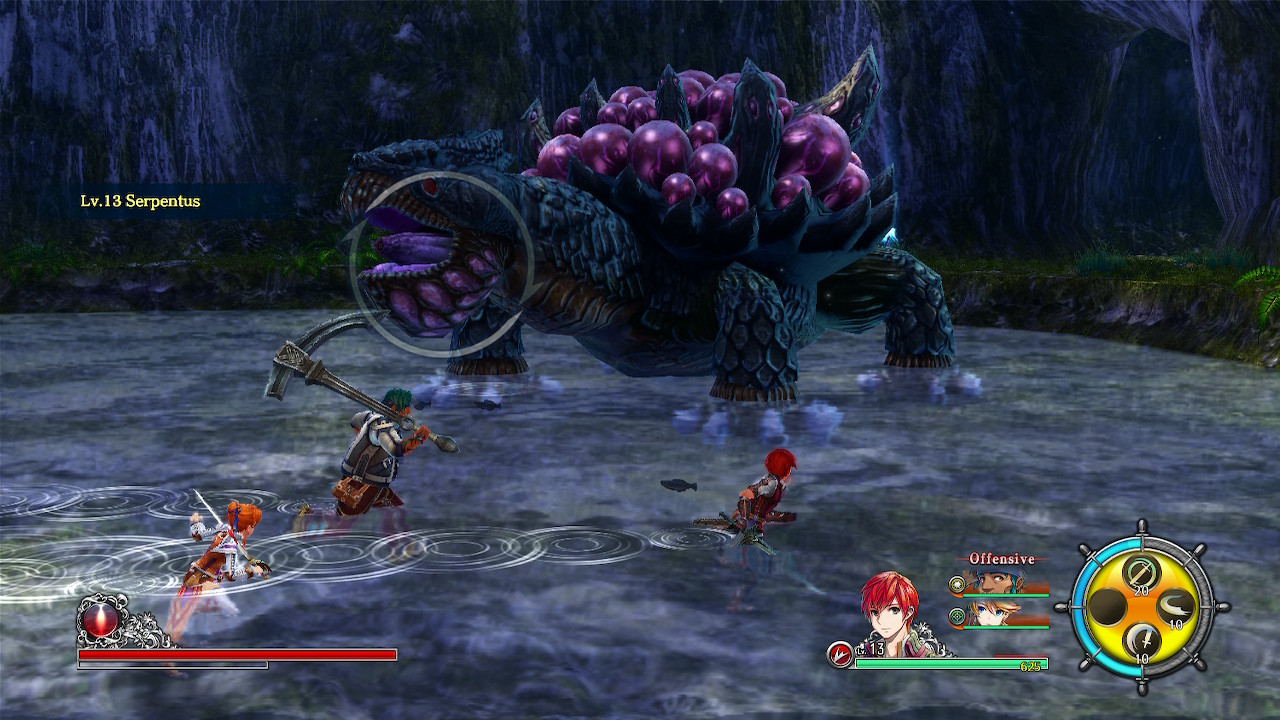 The combat is only bolstered by yet another amazing soundtrack from Falcom, too, with exploration themes that pump you up with energy. The more relaxing themes are fantastic as well, perfectly setting up the tropical paradise your home base becomes.

It’s worth noting at this point that the Nintendo Switch version of Ys VIII lands somewhere between the PS4 and Vita versions graphically. While it lacks the 60fps gameplay of the former, it looks considerably better than the latter. Thankfully, the 30fps lock is generally consistent, except for some of the more flashy attacks, and the game can look amazing in handheld mode. Really, the Switch version is the best version to get if you want to adventure on-the-go, but if you need that 60fps goodness you might want to weigh your options with the earlier PS4 version.

When Ys VIII initially launched in the West last year, it got a lot of flak for a rather shoddy localization, with plenty of linguistic and grammatical errors that really broke the experience for many, considering the number of interesting characters you meet on the way. Thankfully, NISA has updated the localization since then and that updated script is included from the get-go, with some great re-dubbed voice acting. 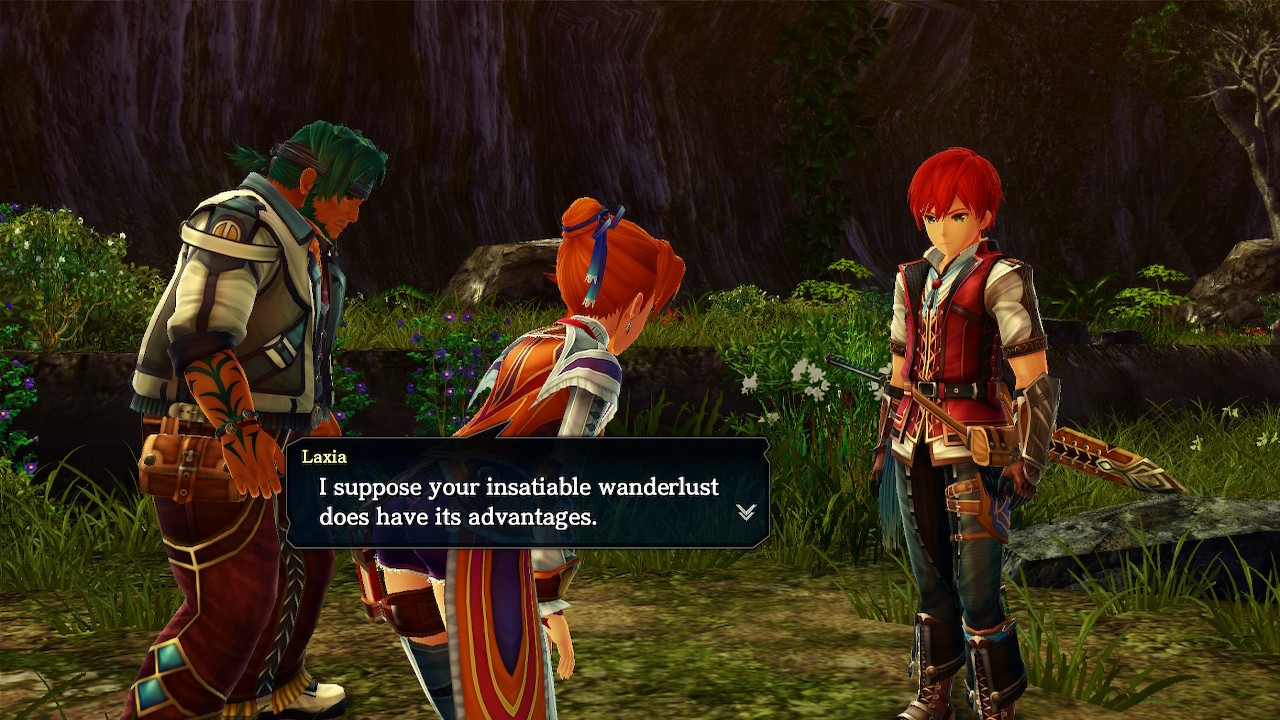 While most of these issues were dealt with, it has to be said that the review copy we were sent still contains a few minor issues that crop up from time to time. It sounds like these will be fixed with some patches at launch, however, so you should get the full, clean experience at home.

Finally, all previously released DLC is included in the Switch version, letting you dress up the characters in new outfits and bump up the difficulty to extreme levels. 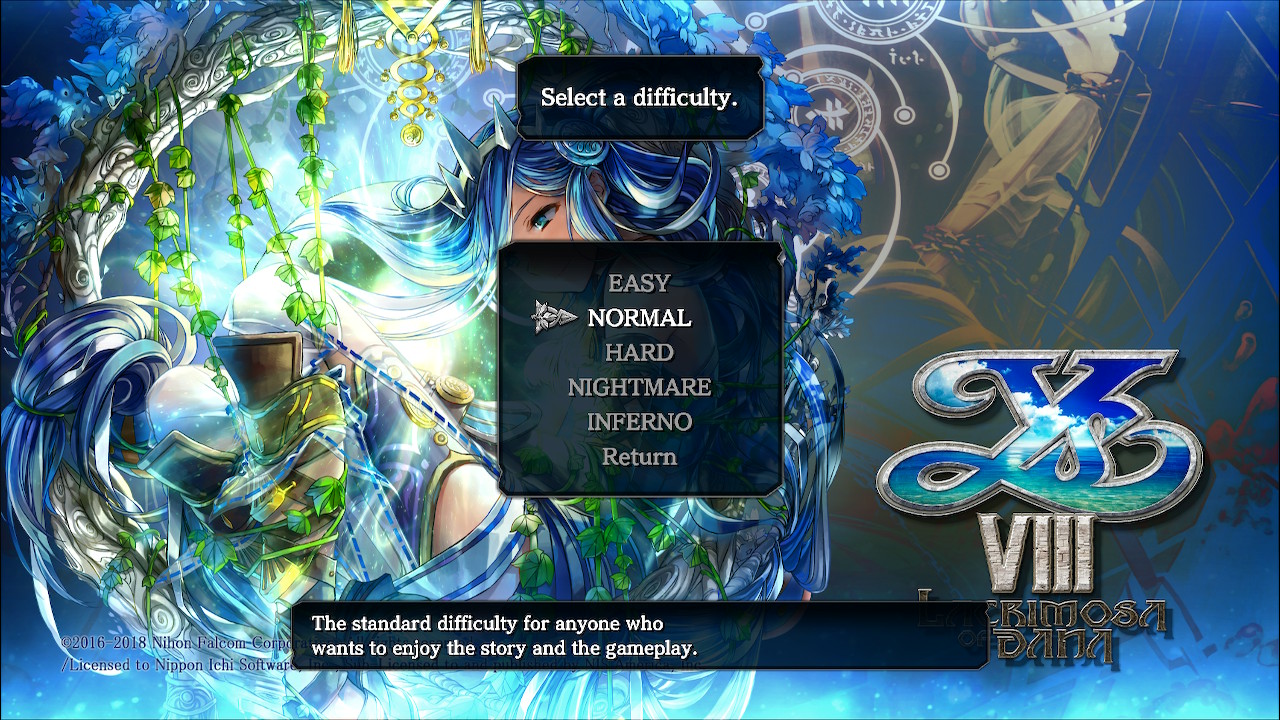 Ys VIII is a very special game that any action RPG fan should look into. What it lacks in graphical ambition it makes up for with a sense of progression that feels unlike anything else out there. Being shipwrecked on the Isle of Seiren may not be fun for the characters, but as a player I had a whale of a time.

You can order Ys VIII: Lacrimosa of Dana on Amazon today. 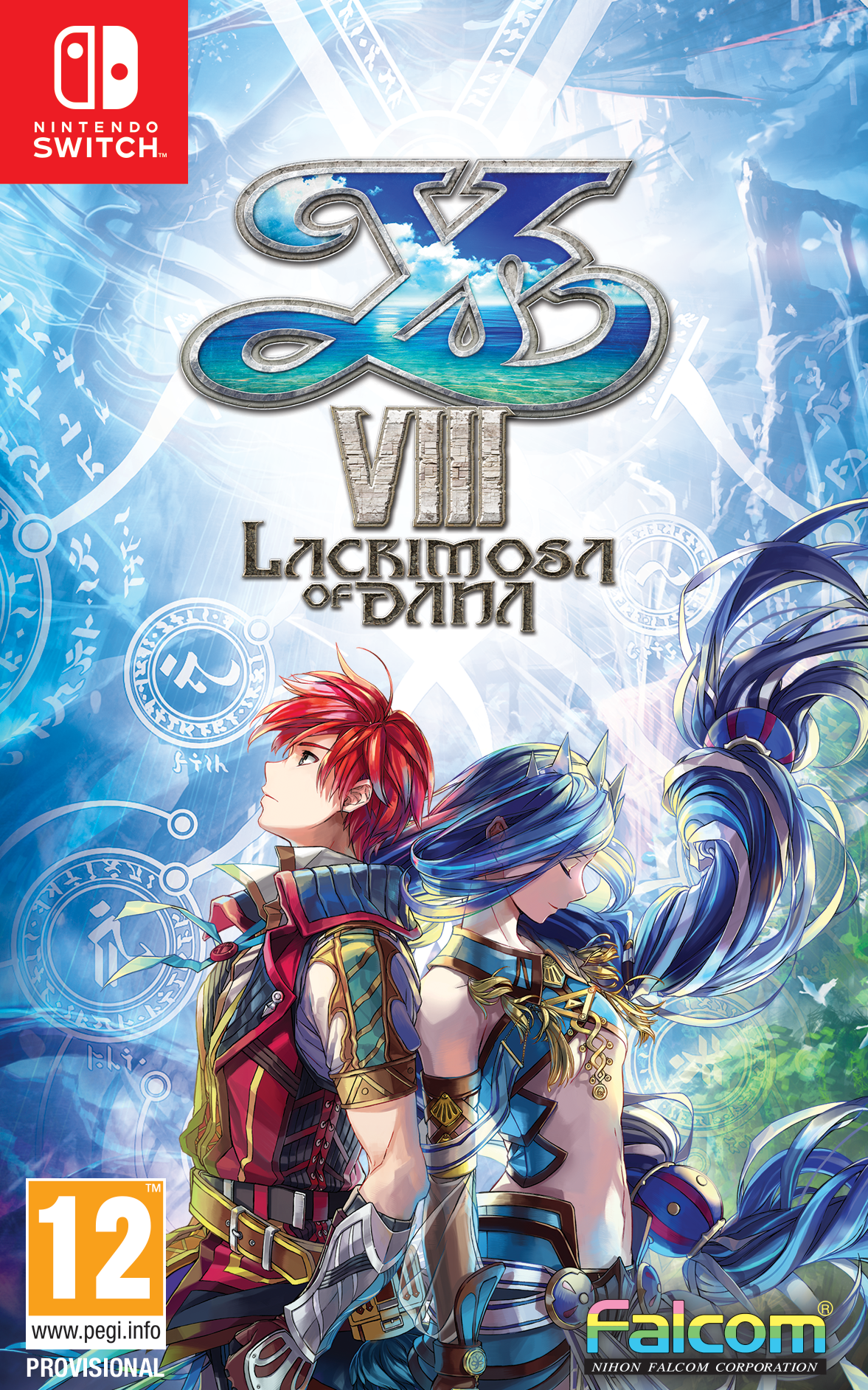