Some games define a generation. Others, an entire genre.

And if that bit of dramatism doesn’t foreshadow just how absurdly good Hollow Knight is, I don’t know what will. Surprise-released during E3 to the shock of many, Team Cherry’s derelict dungeon-diver is a Metroidvania for the ages; one that stands alongside its forefathers at the peak of game design, aesthetic, and atmosphere.

Hollow Knight’s premise is perfectly cryptic. You play as the eponymous cavalier, who has made their way to a faded land known as Hallownest, a kingdom wracked with decay and toxin. Who are you? What happened to this place? The narrative does away with dull exposition, and instead asks you to find those answers for yourself — by traveling, discovering, and inferring the events that led to Hallownest’s fall. 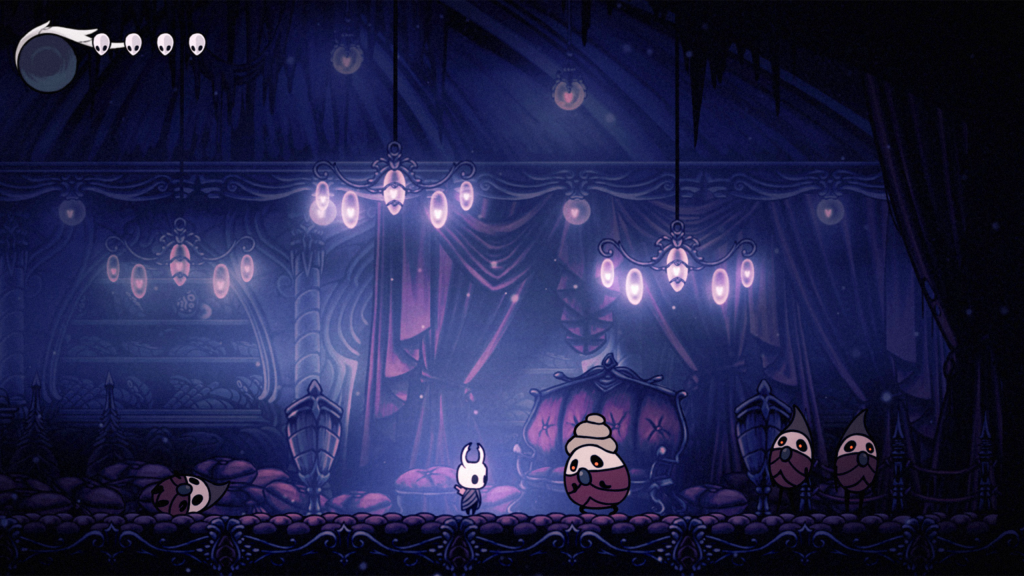 The prose the game employs in its dialogue and lore is florid, with not a sloppy sentence or misplaced word to be seen. Every inscription offers flavor; every NPC gives off a distinctive presence. There’s more than pure grim-darkness too — there’s plenty of personality, charm, and even humor to keep the tone from going too black.

The story is never intrusive, never interrupting of the flow of action, and yet always interesting. Questions will drive you onward, and while the game is never blatant about it, you can infer a lot by putting the pieces together. Some may find it too obtuse, but Hollow Knight’s narrative is expertly tuned to its genre, putting the impetus on the player to discover what things mean rather than just telling them outright.

I hesitate to ever call a game’s art style “perfect,” since that sort of metric is fairly subjective, but Hollow Knight begs to be labelled as such. It has some of the finest character design I’ve ever seen, with everything on a scale with “adorable” on one end and “unnerving” on the other. Every character and enemy feels distinct in appearance, with a strong underlying insect aesthetic. A good number are heckin’ adorable (THE GRUBS) while a great many will instead make a lurch in your stomach. 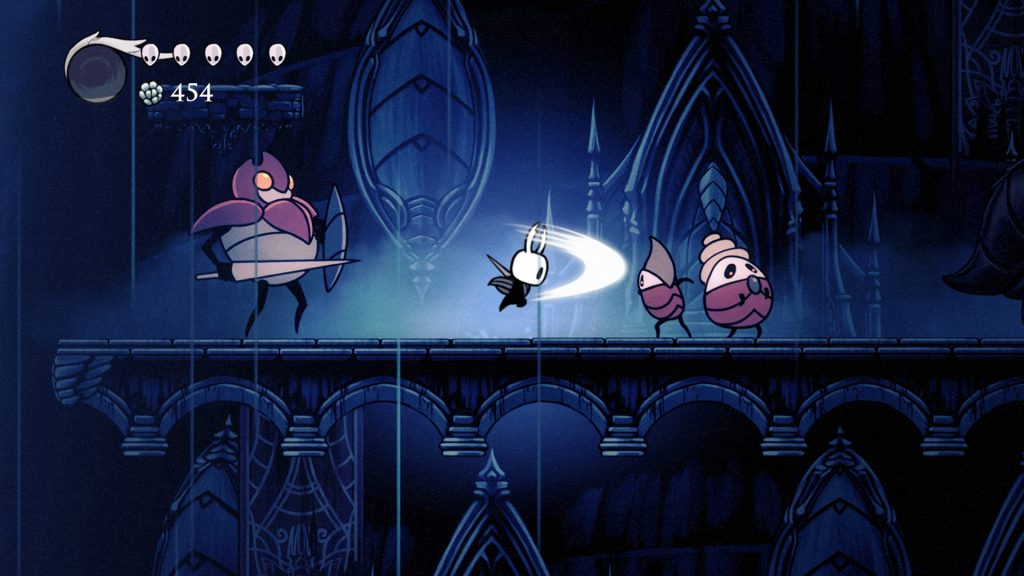 The environments are arguably even better. All convey that classic genre feel of isolation or alienation, but maintain much more variety than bog-standard dank caves. The lushness of Greenpath or the Queen’s Gardens contrasts beautifully with the somber sobriety of the City of Tears, or the grim emptiness of the Ancient Basin. Arguably no location is more memorable than the Deepnest — a decrepit pit so overrun that the floor and walls writhe, and shambling bugs inhabit the carapaces of fallen foes. Eugh. I love it!

The soundtracks and sound effects also beautifully complement the visual style. Tunes are dreary and generally minimalistic (except for blood-pumping boss beats), imparting a true sense of loneliness in the labyrinth, while the sound of ripping through foes with a squelch or blurch perfectly emphasizes your actions — as does you harmlessly striking off a shield with a sharp clank. The atmosphere sucks you into its gloomy ponderance and never fully lets you go, and every second of it is stellar.

Like any Metroidvania worth its salt, Hollow Knight features extensive amounts of exploration, finding cool upgrades, and using those cool upgrades to explore more. While I usually evaluate games like this based on the uniqueness or inventiveness of the upgrades gotten, Hollow Knight goes for something else — its various powers and items aren’t particularly unique, but the ways in which you use them are multifaceted and woven expertly into the level design. It’s incredible how much is opened up with a simple dash, or a wall jump, and by the end you feel fantastically free with just a few new movement options.

Speaking of the level design, it’s staggeringly good. Not only is the world of Hallownest absolutely giant, it’s carefully constructed to still be easy to move around in and rewarding to explore. Every nook and cranny has something rewarding, whether it be currency, a stray collectible, or something more substantial. 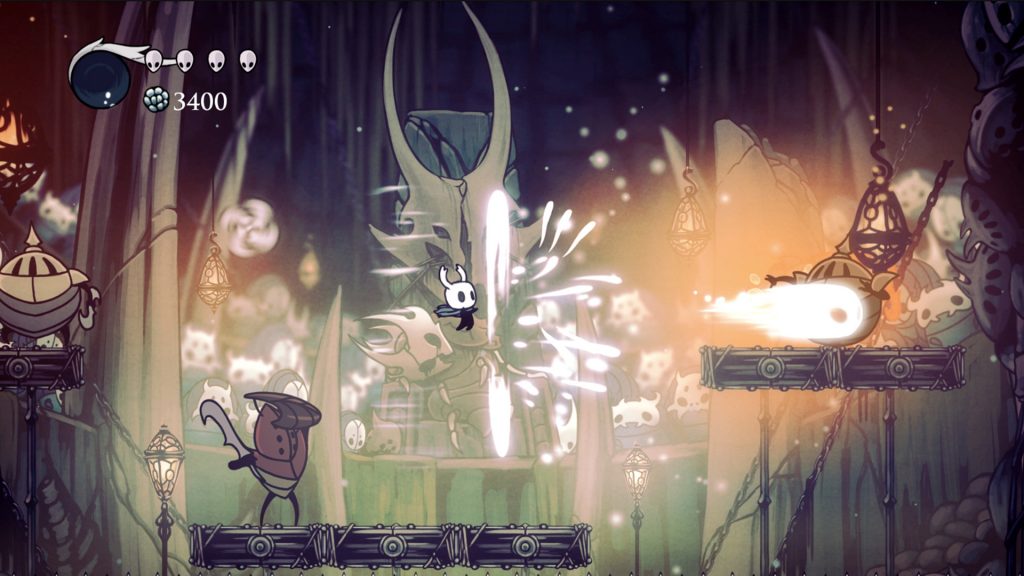 While you don’t have maps initially (you have to find the same NPC in each zone and purchase one from him), the act of filling it in and finding the places you missed is strangely rewarding. There’s a palpable sense of charging into the unknown, since you can only update it at benches (save points), and as such you’re forced to run blind into uncharted territory for a majority of the game. By taking away just this small bit of comfort, it becomes much more exhilarating and tense to make your way through the map.

Where Hollow Knight truly innovates is the combat. I would paint typical Metroidvania combat as “adequate” — fun and rewarding, but rarely the focus. Hollow Knight spits in the face of this middlingness, offering frantic close-quarters fights with a constant dance of risk reward depending on how you play. Do you charge up your nail for big swipes, or strike with smaller blows? Do you stay grounded, or attempt to focus on strikes from above with a pogo-swing? Do you use your Soul meter to cast powerful spells, or conserve it to heal yourself when you inevitably get hit? And how do you outfit yourself with Charms — equippables with a variety of effects that can make or break your quest?

Fighting mobs and maneuvering through dangerous environments can be challenging enough, but the game really shines in its boss battles. There’s no gimmicks or annoying mechanics at play here — each one is fairly clear-cut, a race to see who can deal more damage first. They all have patterns to memorize, attacks that seem like bull at first but can clearly be overcome, and a palpable sense that you make progress with each death. 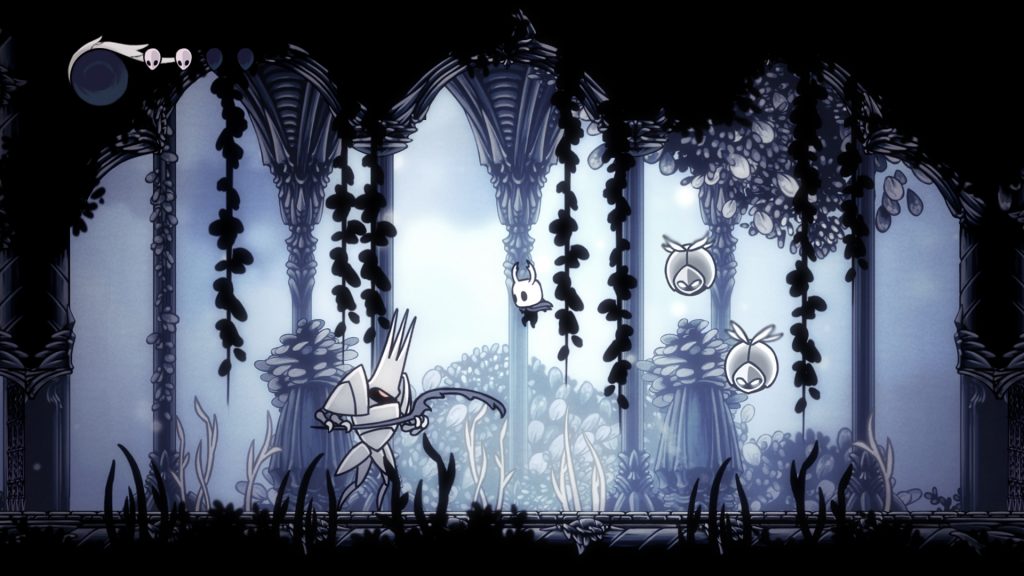 And you will die a lot. Hollow Knight is not an easy game — it’s one that asks you to be patient, and learn, and grow. Each time you face your demise you have to fight a shade where you died in order to gain back your full soul vessel and all your money, as you literally beat the spectre of your past mistakes to move forward. It’s difficult, yes, but in a rewarding and satisfying way. Never while I played was filled with rage or compunction at the game. Every inch of the design communicated one thing loud and clear — “You can do this. You just have to figure out how.”

Hollow Knight ran me well over 20 hours on my first playthrough, which for a game of the genre is absolutely staggering. I was able to get over 85% completion without using a guide, which I personally find to be a testament to the strong design at play. And while I’ll admit the start was a little slow, as things got progressively rolling and I saw how big the game was I fell more and more in love. 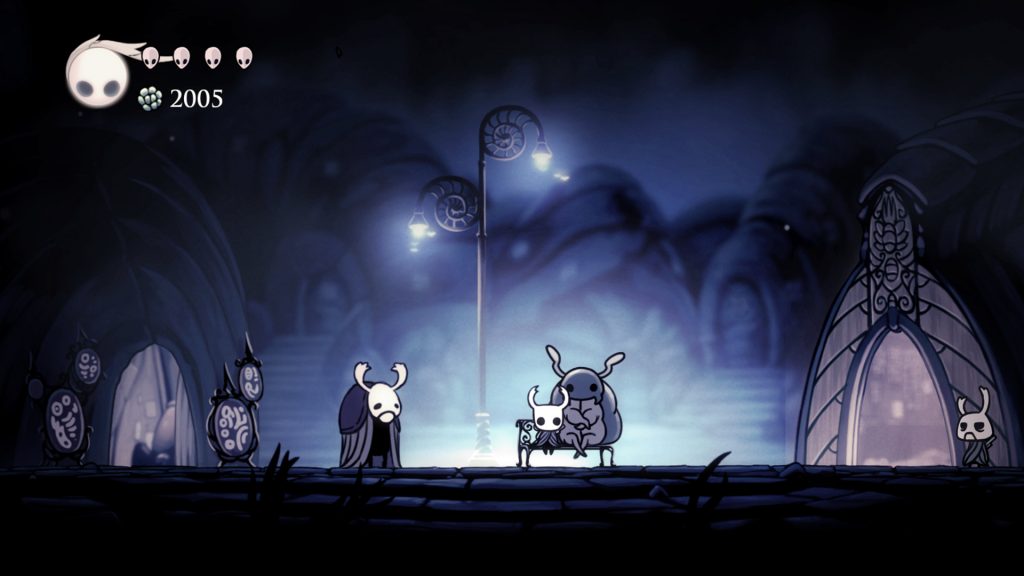 Often indie games are treated as successors to the classics of old; titles that cannot fully capture their predecessors’ glory, but can emulate to a nostalgia-tickling extent. Hollow Knight does not prey upon your love for Metroid or Castlevania or any other series — it stands as its own presence, its own being. It is no mere shadow to these giants of the past: it stands proudly alongside them, perhaps (dare I say?) even above them, as a pinnacle, the culmination of years of progress and development. And all for only $15? It is a disservice to yourself if you don’t pick this game up immediately.

Hollow Knight is a special game; a triumph of atmosphere, design, and so much more. Any complaints I would have are nitpicks; any issue I could take would be pedantic. It’s in the running to be the best game on Switch, and I am sure it will be one that people will continue to speak of for years to come. 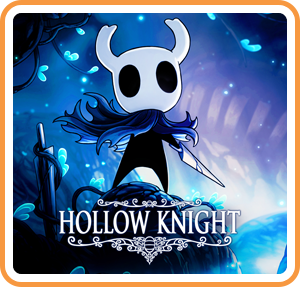