Nintendo shows off upcoming 2018 Switch titles in a new timeline

With Mario Tennis Aces out now, Nintendo’s put together an all new timeline to showcase upcoming Switch titles for the rest of 2018. Most of these were shown during E3 week in some way, while others are just waiting for their final release dates. (I’m looking at you, Dark Souls and The World Ends With You…) It’s a great way to keep track of everything just released and on its way to our favorite portable home system. 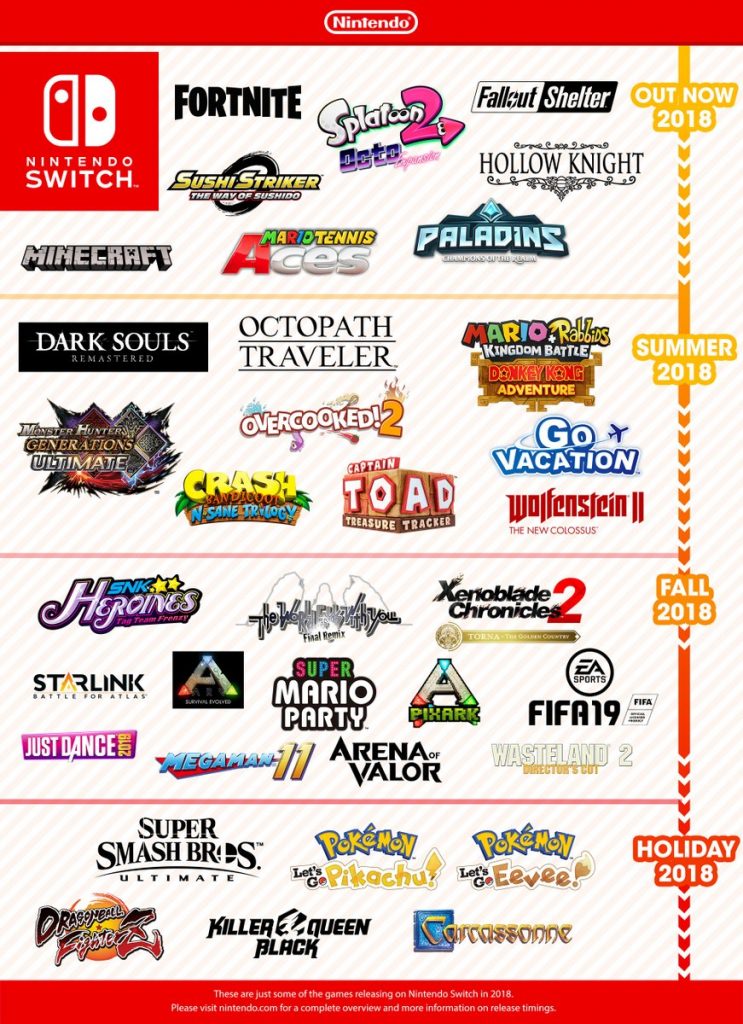 It’s worth noting that this promo image isn’t perfect, with Dragon Ball FighterZ releasing on September 28th even if it’s listed for “Holiday.” Still, seeing all the games together is doing wonders for reminding me that the road to Super Smash Bros. Ultimate won’t feel nearly as long as it actually is with so many other great games to play.