With all the hubbub surrounding E3 2018, it was very easy to let Sushi Striker: The Way of Sushido slip through the cracks. The game was revealed at E3 in 2017, and it didn’t get much coverage after that. But, after completing Sushi Striker’s surprisingly meaty campaign, I can say this is a hidden gem on the Switch that you shouldn’t let fly by on the conveyor belt.

I was surprised by how fleshed out Sushi Striker’s story was. Taking cues from shonen anime, the adventure follows Musashi, an orphan from a village struggling to feed its villagers. Sushi is banned across the world, but the evil Empire is trying to steal the world’s remaining sushi for itself. Musashi, who can be a boy or girl, runs into a Sushi Striker while foraging in the woods. After trying sushi for the first time, Musashi decides to try and give the gift of sushi to the whole world. 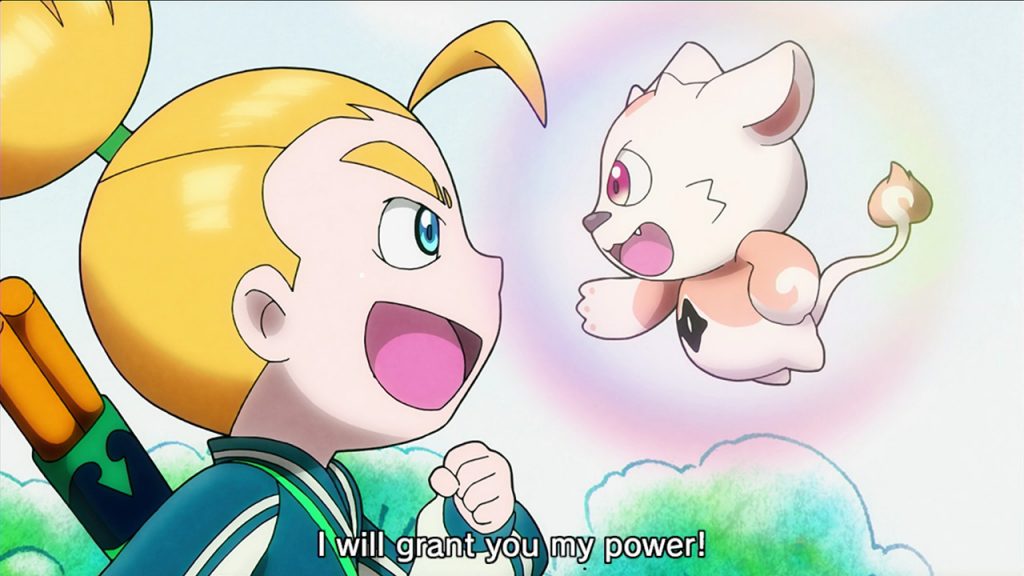 The story goes through some rather predictable twists and turns, but it’s still a satisfying tale of a child taking on the world. There are full-blown anime cutscenes in between chapters that add welcome depth to the plot, and they helped me enjoy following the story while breaking up the battles nicely.

The story goes through multiple areas, each with their own theme. The beach levels threw wasabi at me, which stunned my character if I ate too much. The castle region made me face turrets, which I had to take down in a limited amount of time before it obliterated me in one hit.

All in all, the campaign is fun, but it overstays its welcome by the end. There’s an odd design choice in the middle of the game that makes the difficulty non-existent for a while, but overall I found the level of challenge to be pretty fair. 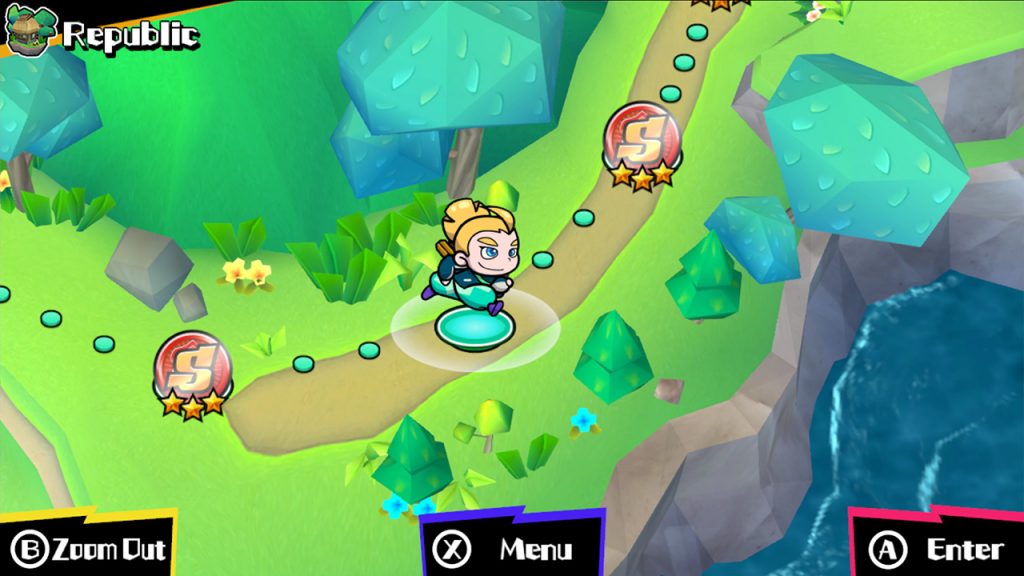 All you can eat

Sushi Striker’s gameplay looks simple on the surface, but it actually contains a number of layers. There are four sushi belts accessible to you: three are your own, and the fourth is a shared belt that your opponent can also grab sushi from. The goal is to link together plates of the same color to create the tallest possible stack you can.

On Switch, this can be done with the control stick and the A button, or the touch screen while in handheld mode. I didn’t get to try out the 3DS version, but I’ve heard some people say it controls better using the stylus. I played basically the whole game using button controls, and I didn’t have a problem with that playstyle or the results. 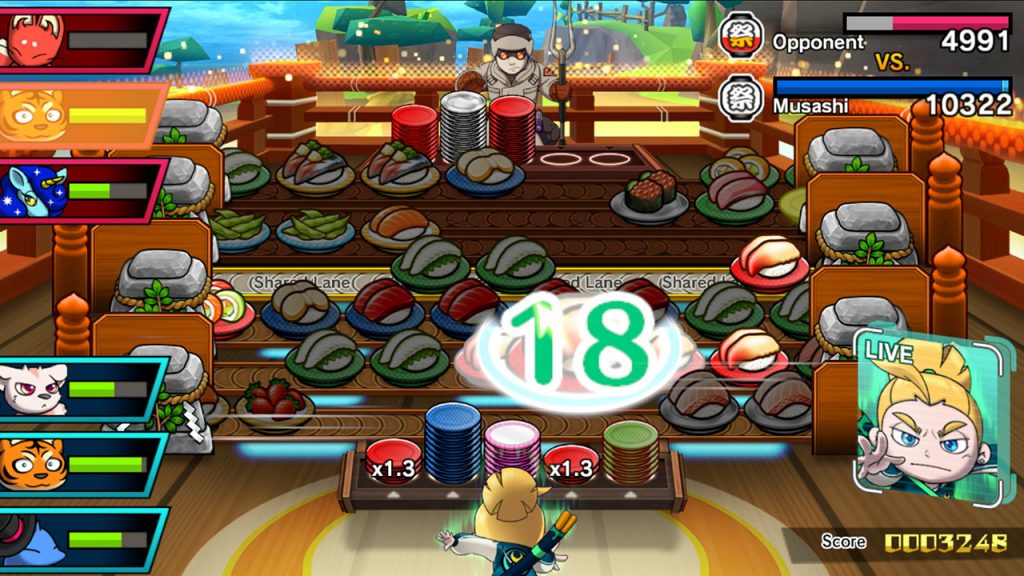 The plate stacking is much more complicated than just matching color. For one thing, there’s a spectrum of plate color attack power. I memorized which plate colors are the strongest so I could look for those on the belt.

You only have seven seconds to create your stack, and the goal is to stack seven or more plates at a time. If you get a stack of seven plates, a special rainbow plate appears on the belt. This plate can link with any color, and it has more attack power than standard plates.

After you stack the plates, your dishes sit in front of you, waiting to be chucked across the line at your opponent. If you throw stacks of the same color in succession, you’ll start a combo and your attack power will increase. On top of that, stacks with a rainbow plate will extend combos regardless of the color. There’s a lot to think about, and it’s incredibly fun to balance color, stack size, and rainbow plates while the sushi zooms down the belts.

There’s even more to add to the madness with Sushi Sprites. Design-wise, Sushi Sprites feel like reject Pokémon: They’re almost all adorable, but they wouldn’t quite fit in the Pokémon world. Every Sushi Striker can use three Sushi Sprites in battle, and each one comes with its own ability. By connecting plates during battle, each sprite’s special meter charges up. Once full, you can choose to unleash its special ability. Jinrai, the main sprite, can unleash Sushi Bonanza, which briefly turns all the plates on the belt to the same color. My other favorite abilities were Sweets Paradise and Electrozap — the first heals Musashi, and the next adds damage to my plate stacks. 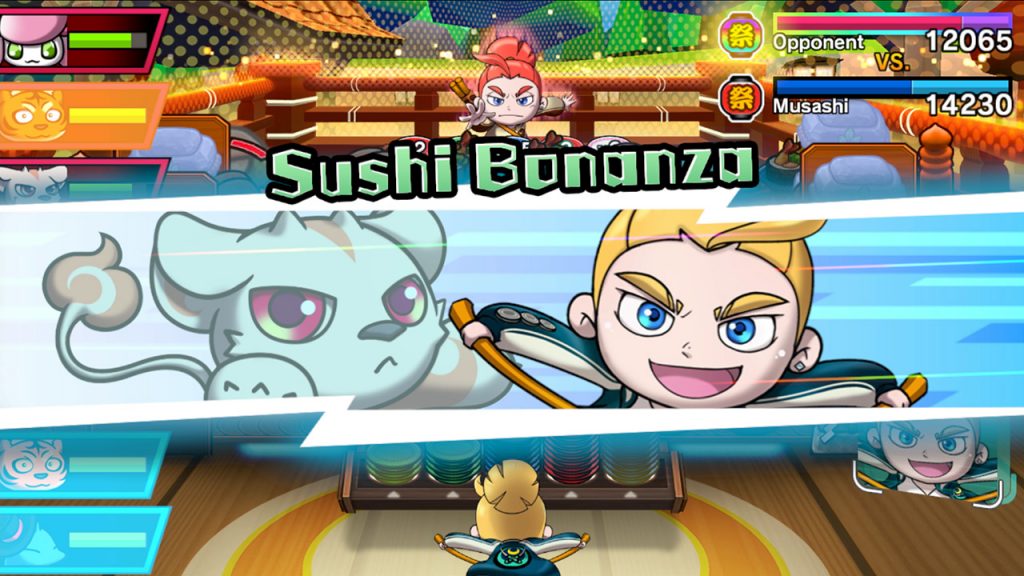 There are dozens of different sprites, each with its own ability. After every battle, there’s a chance that an enemy Sushi Sprite will want to join your team. Recruiting different sprites was fun, and it was always interesting to see how different combinations worked in battle.

Even leveling up in Sushi Striker is deeper than I expected. Musashi, as well as every Sushi Sprite in your library, has an experience bar. After each match, Musashi and the sprites used in battle gain experience based on the grade received. Every battle has three different achievements to unlock that also boost your experience. If you unlock enough achievements in each world, you’ll also unlock bonus levels that grant you a special Sushi Sprite. Managing my Sushi Sprite’s levels proved to be rewarding, as the cute characters evolve into more powerful forms, just like Pokémon.

Multiplayer battles provide even more content in Sushi Striker. Split-screen, local wireless, and online are all options to bring another player into the fold. Split-screen play proved to be my favorite, as it was always exciting sitting next to my opponent while a battle came down to the wire. 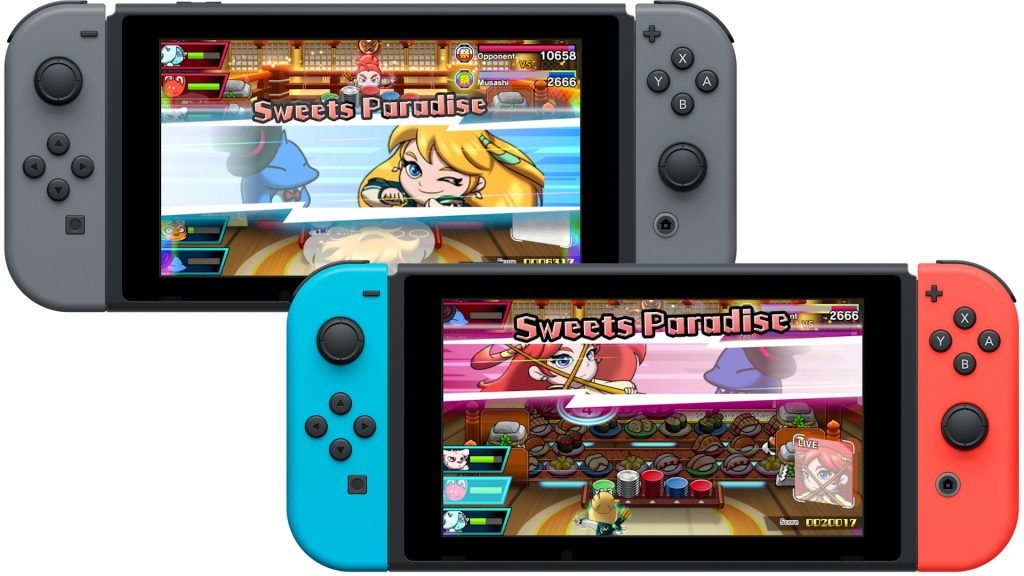 Online play wasn’t unlocked until chapter five of the game. I sat in the lobby waiting for an opponent for a long time, but no one ever showed up. Getting that far in my journey is a stiff requirement to unlock online play, and I wish it had been available from the beginning.

Sushi Striker looks like your average puzzle game at first glance, but I was surprised by its deep mechanics, strong story, and surprising amount of content. The campaign is nice and meaty, and the multiplayer and bonus levels add plenty of extra content; on top of that, its gameplay is fast, addictive, and highly entertaining. Don’t let Sushi Striker slip through your fingers — this is one frantic puzzle game that would be a shame to miss. 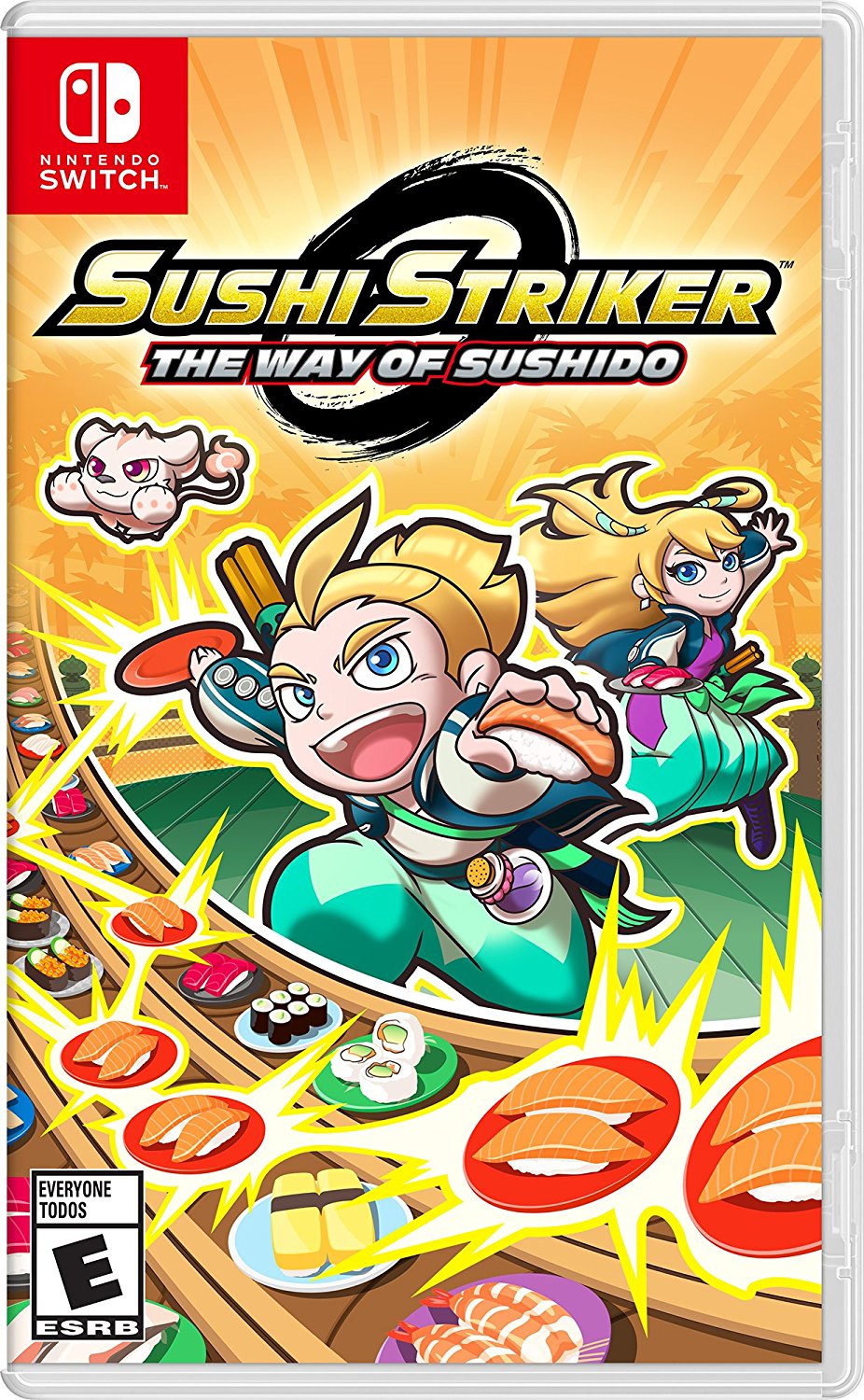