New Super Smash Bros. Ultimate screens are all about Bomberman

After Melee blew the doors wide open when it came to Smash, I still remember having talks at school over who should make it in the roster. I managed to call Meta Knight making it in before Brawl, but it’s taken all the way ’til now with Ultimate for one of my other most wanted characters to be in the game. He may not be a full-fledged fighter, but I was smiling wide when it was revealed that Bomberman would be blasting his way into the game as an Assist Trophy. 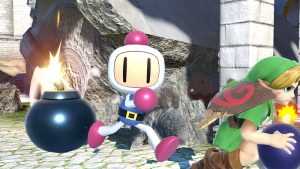 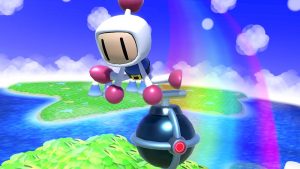 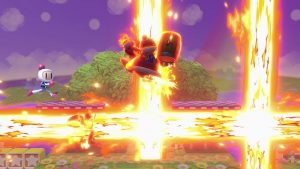 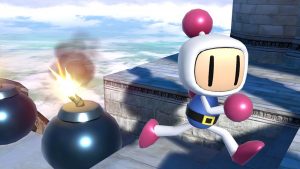 He’s looking similar to his modern game appearances, most recently Super Bomberman R, and it’s a great fit into the world of Smash. He looks like he could just join in on the action at any moment! Still, where he really shines is in explosives, and he’ll be laying bombs all around the stage that burst into his games’ trademark plus shape. It’s a full fire assault for your enemies, and a great representation of a gaming mainstay.

Keep your eyes open for more on Assist Trophies, music, and more as we get updates all the way up to the December 7th release of Super Smash Bros. Ultimate on Nintendo Switch.