In this day and age, downloadable content is a phrase that’s come to mean something negative for a lot of gamers, and not without reason. All too often we see complaints about unfinished games that are only truly complete once you pay for a pricey package full of extra content. Whether or not it’s true is another story, especially when it comes to how these things are named. Splatoon 2’s Octo Expansion, however, is aptly named, since it is just that: an expansion to an already complete game. Not only that, it may also be one of the most perfect sets of DLC to come out of this era of gaming.

The Ride of Your Life

As the DLC starts, you step into the shoes of an amnesiac Octoling, waking up in what appears to be an abandoned subway. Your only company is a crazed looking inkling, Cap’n Cuttlefish, who quickly talks you into exploring the subway, and after realizing you don’t even know your own name, takes to calling you Agent 8 — old habits die hard, I guess. After a short excursion, you come across a ringing telephone. Upon answering it, you’re given the supplies you need to board the subway, and your adventure begins. A kind sea cucumber, named… C.Q. Cumber, informs you that in order to escape from the underground, you must visit various stops along the subway line, completing challenges to progress and find the four “thangs” you need to reach the surface. 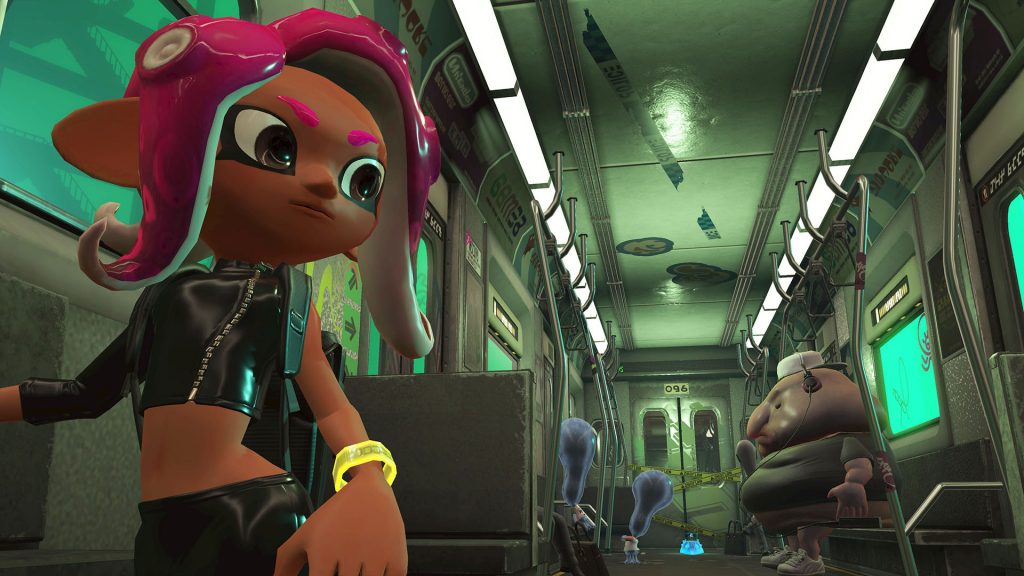 Note: Pay attention to the backgrounds of these challenges, as there are several references to be found, along with a few nods to Nintendo’s past scattered about — I’ve managed to spot some N64s along with a Zelda reference, some GameCubes, and even some Game & Watches.

There are 80 challenges in all, though not all of them need to be completed to collect all four “thangs” and unlock the playable Octoling. Completed challenges will reward you with Mem Cakes, which are condensed cakes of your Agent 8’s memory that can be traded to Iso Padre, a hulking isopod that’s much nicer than he looks, and far more philosophical than I expected. Complete sets of Mem Cakes will earn you special equipment that you can use on the surface, but only after your Octoling has escaped. Each challenge will give you either one, three, or five lives to make it through, proportionate to how difficult the challenge will be. If you fail to adhere to the rules of a challenge, a bag on your back will immediately inflate with enemy ink and explode, splattering your poor Octoling all over the ground and requiring you to start once again at the nearest checkpoint. 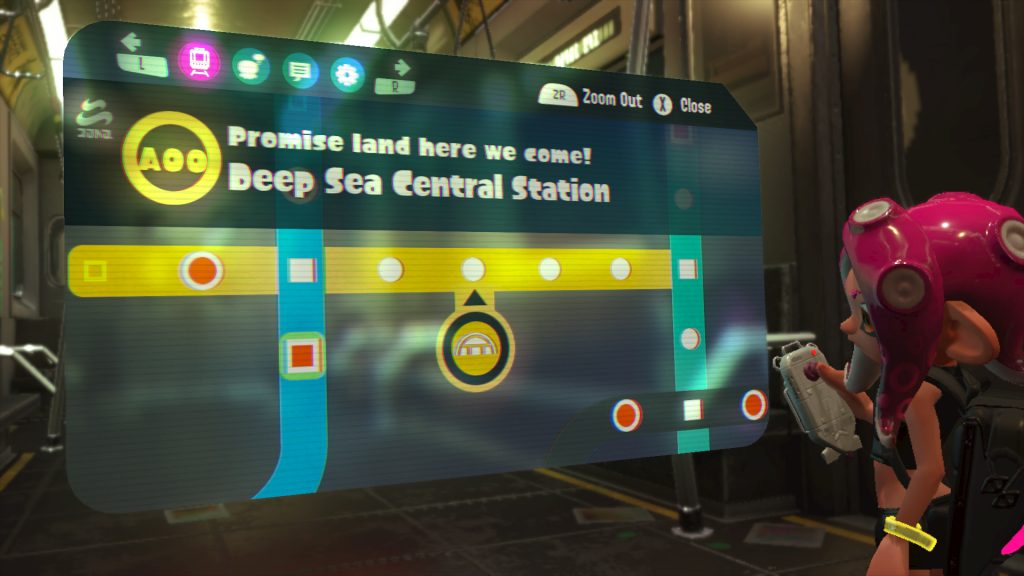 Players will be hard pressed to complete the challenges and collect all 80 Mem Cakes, since the difficulty in the Octo Expansion is dialed up a few notches from that standard single-player Splatoon fare. I never found the difficulty so frustrating that I wanted to quit; in fact, its effect on me was quite the opposite: the more I completed, the more I wanted to play. It’s a rare thing to have a game be this hard, yet this satisfying at the same time.

The challenges never felt unfair — rather than feeling defeated each time, my poor Octoling was splatted into oblivion, it only made me want to try harder. As far as genre goes, the Octo Expansion ventures pretty far into puzzles for a lot of these challenges, though there are tests of pure skill scattered across the railways as well. Breaking targets along rails or within a time limit and defending orbs from oncoming waves of enemies may have been some of the most difficult gaming feats I’ve managed in recent months, but it was also the most satisfaction and fun that I’ve had while gaming this year. Completing the levels in the Octo Expansion made me feel like I was accomplishing something, which is an incredible mark of great level design. The levels didn’t just make me feel smart when I figured them out — I felt like I was really good at the game for completing them. 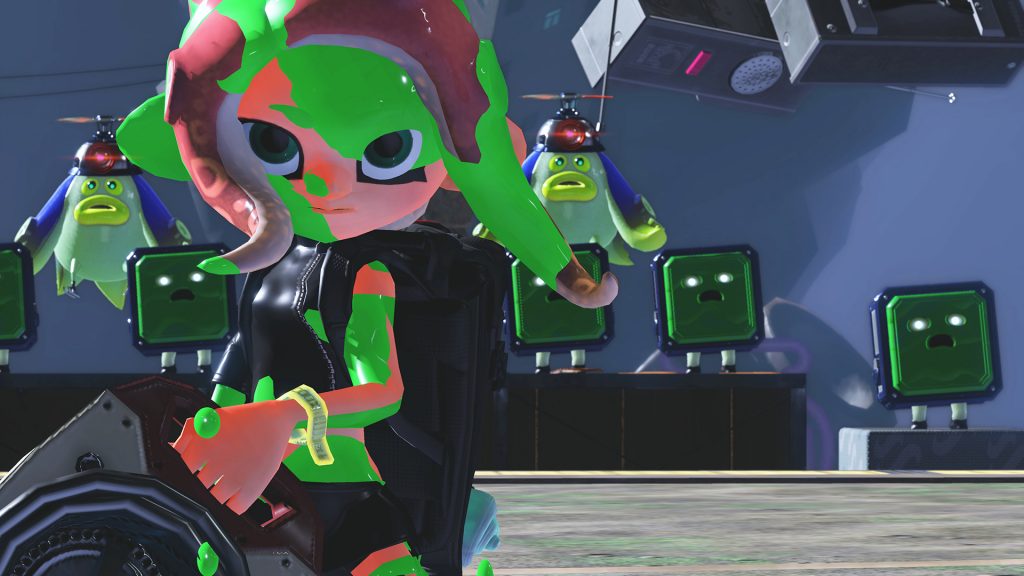 The Octo Expansion isn’t just an expansion of the available playable content of Splatoon, it was also a deep dive into two characters who have been front and center since Splatoon 2 launched, Pearl and Marina. Early on in Octo Expansion’s story, Cuttlefish manages to make contact with Pearl and Marina, who agree to help him and Agent 8 navigate their way out of the underground, providing commentary on the challenges and helpful hints for when you get stuck. The game provides small snippets into their relationship and history as you progress, and it’s incredibly satisfying. The additional lore we received for Off the Hook and a few other characters was so entertaining, in fact, that I want to keep this section as spoiler-free as possible, so people can experience it on their own.

I’ll finish off the topic by saying that though Splatoon isn’t exactly the pinnacle of storytelling, the wild ride that makes up the Octo Expansion’s story, particularly the finale, will leave you smiling. 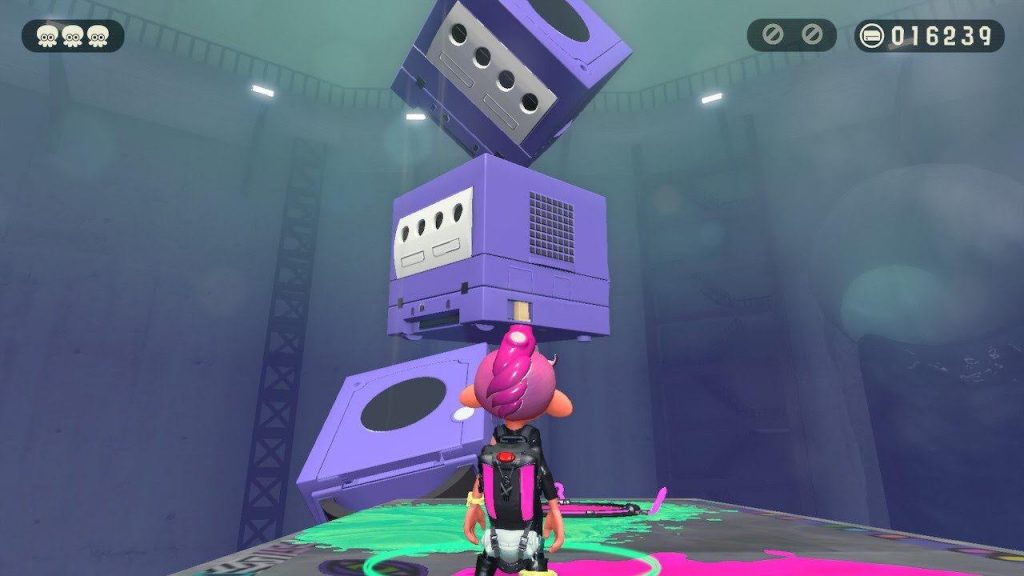 Tracks from the Tracks

The Octo Expansion also adds several new music tracks to the game, which provide the perfect ambiance to this neon-tinged adventure. Different types of challenges have different background music — a particular favorite of mine is the track that plays in the background of most of the “8-Ball” levels. Its quiet and calm tones layered with the rhythmic and repetitive beat helped keep me sane when I would accidentally let an 8-Ball fall off the edge, and I was happy to keep replaying these stages just to hear that track.

All of the tracks and remixes of existing songs by the brand new Splatoon artists, Dedf1sh, are definite highlights as well. If you’re diligent you may even hear some early Off the Hook demos hidden in the Octo Expansion, which was a real treat. Splatoon’s music has never once disappointed me, but Octo Expansion really brought the hits and outpaced several other Splatoon tracks that came before it. 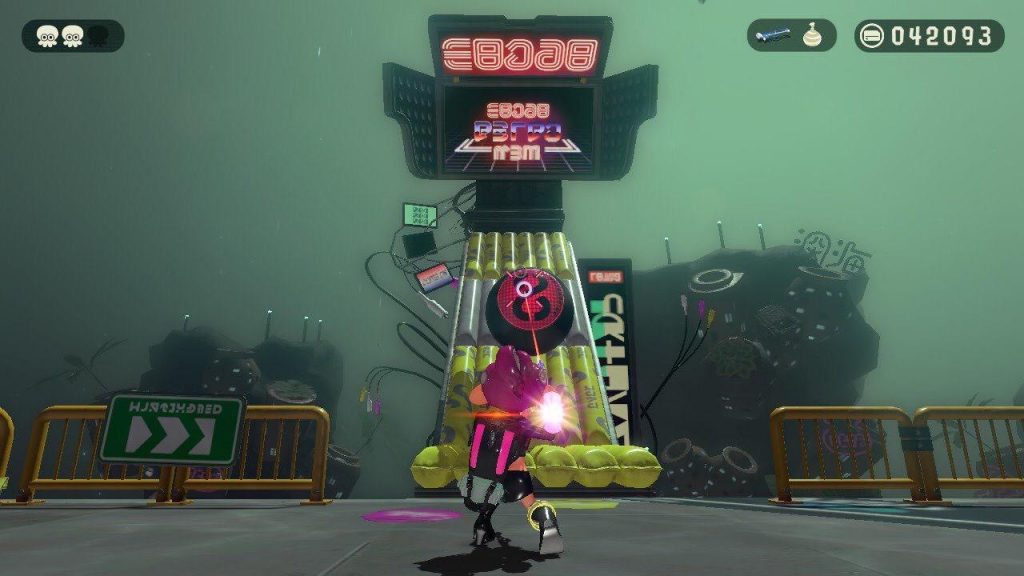 When it comes down to it, the Octo Expansion is the perfect piece of DLC for Splatoon, if not just a straight up perfect piece of DLC. The story is deeply satisfying and the rewards actually feel rewarding. When you blend those together with the phenomenally gratifying gameplay difficulty and stunningly stellar soundtrack, you get an experience that I haven’t ever had with DLC — like every single piece was entirely worth it. It may be $20 extra, but the bang for your buck makes it more than worth it. 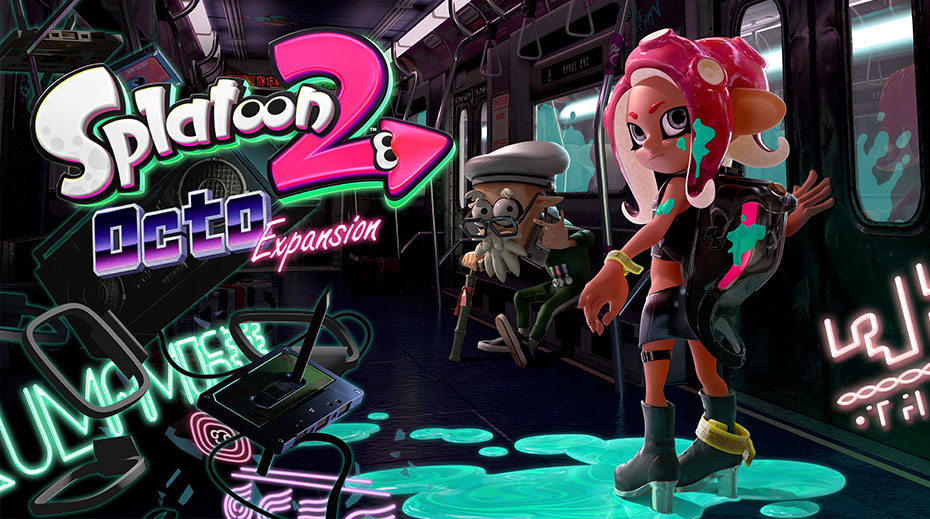