After the Tuesday morning rush of Nintendo’s E3 Direct I was able to head over to the show floor to check out some of Nintendo’s upcoming titles. First on my grand tour of recently announced games was Pokémon Let’s Go, Pikachu! and Let’s Go, Eevee!, and I wasn’t disappointed.

Once I made it up to the demo area, I was handed a Poké Ball Plus and began to work my way through Viridian Forest. The Poké Ball Plus was tinier in my hand than I expected it to be, but felt really comfortable to hold. There are two buttons on the Poké Ball Plus, one doubles as both A button and joystick, and the B button takes up the top section of the Poké Ball itself. These buttons were the source of my biggest gripes, but overall the experience wasn’t horrible. 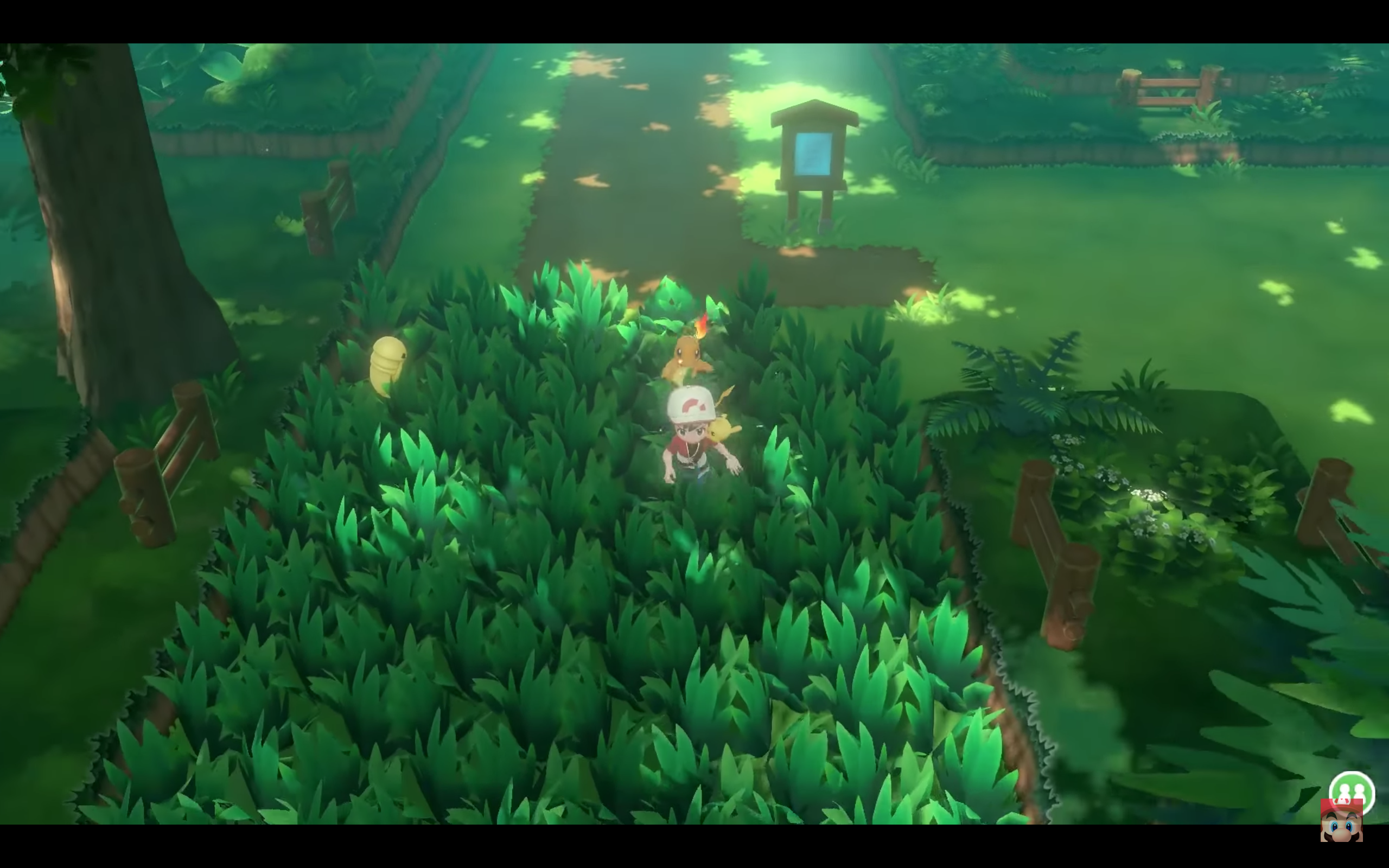 Trying to click the A button resulted in me inadvertently moving the joystick, causing me to select the option on either side of the one I wanted pretty often. I also found myself turning the Poké Ball in my hand without realizing it, so I missed the B button a few times. I did get the impression that I would get the hang of the controller if I had more than the fifteen minutes of use the demo offered, so I wasn’t too frustrated.

As far as gameplay was concerned, Viridian Forest was absolutely packed with Pokémon for me to catch, roaming around freely, though still more concentrated around grassy areas. This helped make the game feel like an older Pokémon title, as if the Pokémon wandering out in the open were just adding a new layer to the experience, rather than introducing something completely foreign. 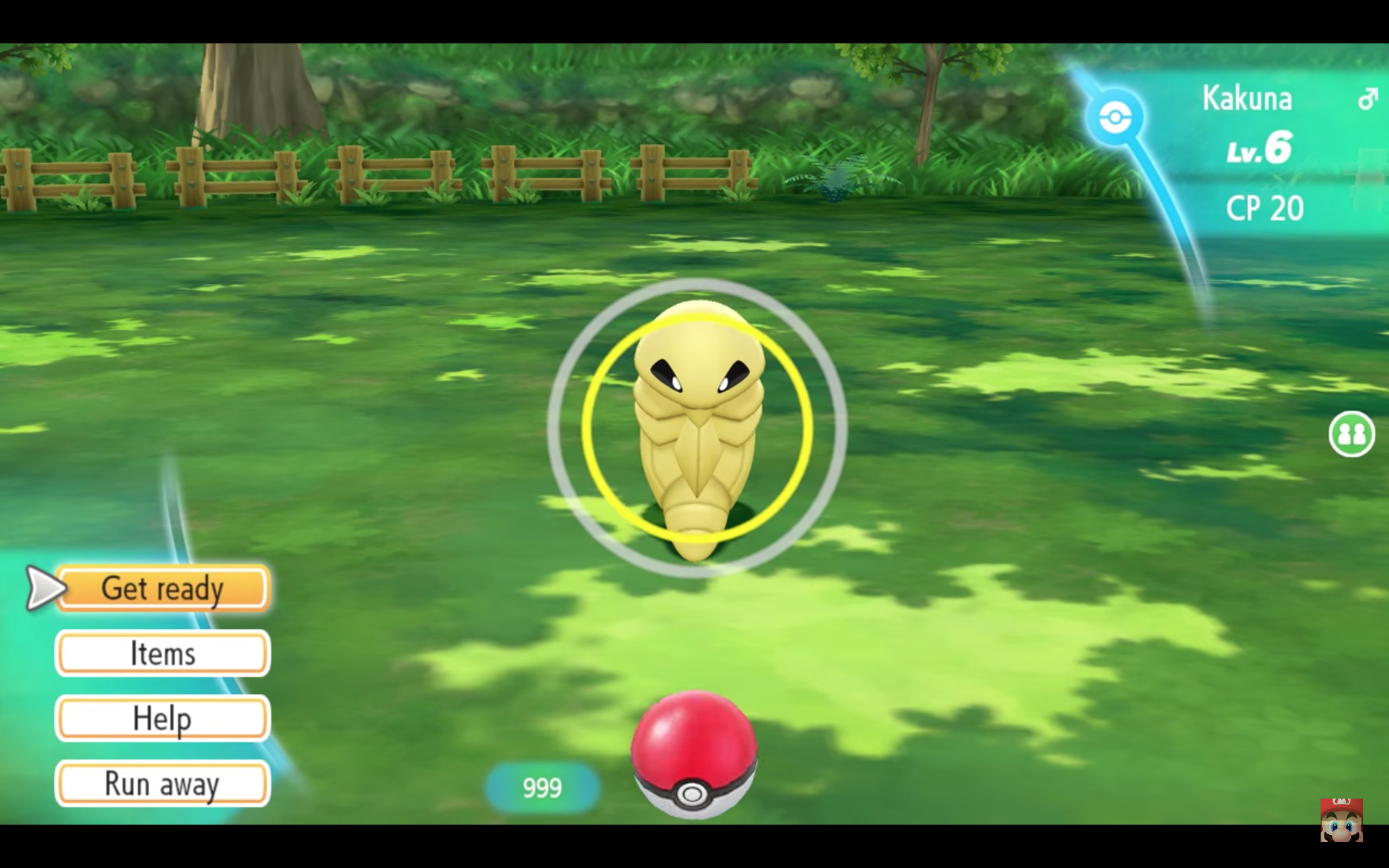 Once encountered, the only option was to catch them, which I knew would be the case going in. At first this was great, just hop right in and start throwing things. Once caught, the Pokémon offer experience to your entire party, much like an Exp. Share All would if you had defeated a Pokémon in battle. After a while though, this started to wear on me, since I began to realize that I would have to be continually catching every Pokémon I encountered if I wanted to rack up the experience.

The motion control throwing in these encounters was actually the highlight of the experience for me, since a well placed throw felt incredibly satisfying, especially if I managed to land a Great or Excellent. There were a few times that I accidentally tossed the Ball off to the side as a result of the Poké Ball Plus quickly rotating as my hand moved, but with the demo’s 999 Poké Balls available to me, I didn’t mind much. In the main game this could prove to be a problem, and may be the reason that defeated trainers offered up extra Poké Balls as well as money when defeated. Throwing to the side on purpose with good aim was pretty difficult to get the hang of as well, and I wasted plenty of Poké Balls trying to catch a Beedrill this way.

Capturing Pokémon began to feel tedious halfway through the demo, especially since it didn’t seem I could walk five feet without encountering a Caterpie or Weedle hidden in the grass. Though I was assured that there were just a large amount of extra Pokémon in the demo to provide plenty of gameplay potential. Despite this, I started to avoid the tall grass as much as I could on my trek through the forest seeking out other trainers to battle. 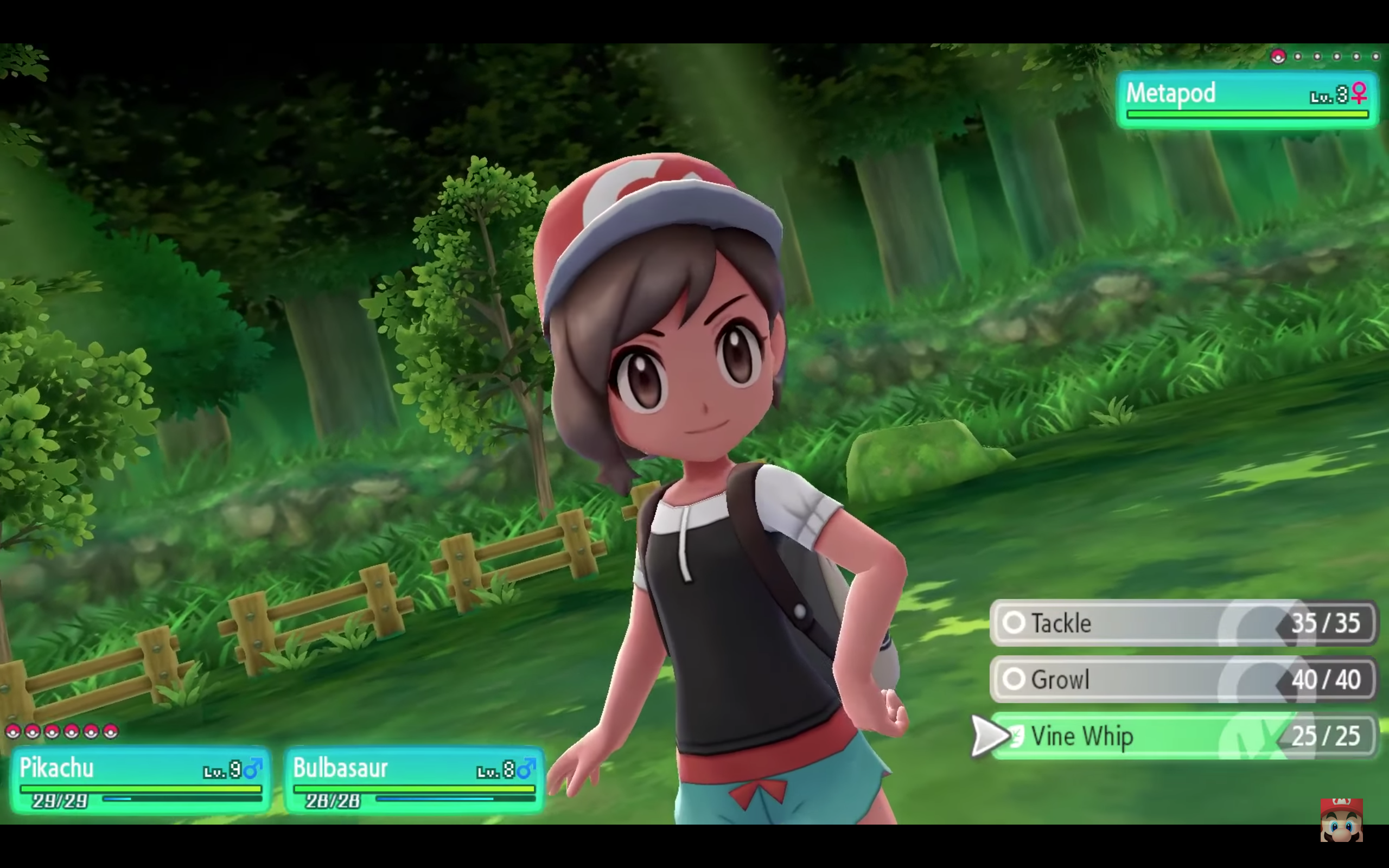 Battling, thankfully, has returned in full force, with little to no changes that I could discern in my brief time with the demo. I was able to swap out Pokémon, use four different attacks – all of it. Pokémon also level up like normal, learning new moves along the way. It seemed that the game had a switchable Exp. Share for my whole party turned on for the demo, and it actually had a different prompt register during battles vs. capturing wild Pokémon, so the two ways of earning experience may be separate mechanics.

After reaching the gate building at the end of Viridian Forest, my time with the game came to a close. I left satisfied and definitely excited for the release of Pokémon Let’s Go, Pikachu! and Let’s Go, Eevee!. The more of this game that I see, the less scared I am that it’s shaking things up too much, which is a good thing. This new spin will be more accessible than any other Pokémon game has been in the past, yet still found a way to appeal to this veteran with twenty-plus years of Pokémon under his belt.