Junichi Masuda kicked off Nintendo’s Pokémon: Let’s Go, Eevee & Pikachu! Treehouse segment by exploring Viridian Forest. It was here that we learned what was pulled from Pokémon GO and standard Pokémon gameplay to form this new game.

First up, let’s talk about battling. During the reveal of the game, there was some worry over the lack of wild battles. We now know that battling is only done against other trainers. So yes, wild Pokémon encounters are different. Pokémon GO’s catching mechanics take center stage here (bonus multipliers and all), even with the ability to use berries in aiding in your capture. Despite this change, you do earn experience by catching Pokémon and Experience Share is turned on for your entire party. 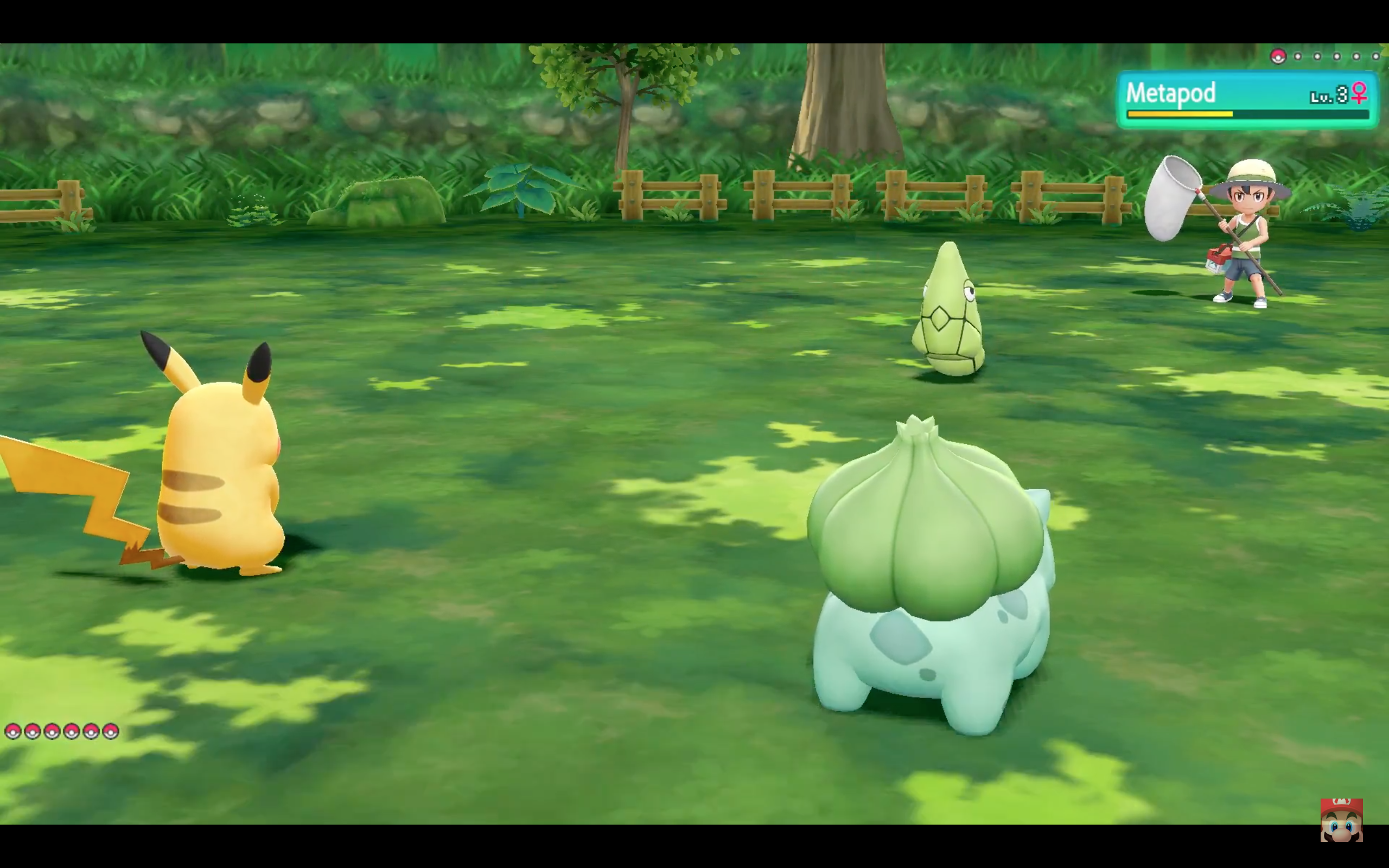 Similar to the experience boost in Pokémon GO, wild Pokémon can have auras too. So far we know that a blue aura means they are smaller than their species average size. Red aura is the inverse of this.

Clarification was further given to partner Pokémon. Yes, Pikachu is tied to the Pikachu version, and Eevee with the Eevee version. Pikachu rides on your shoulder whereas Eevee rides on your head. You’ll have to make your decision on which version of the game you want, rather than being presented with the option in-game. In addition to that, Pikachu and Eevee have their own special abilities in game, as we saw Pikachu wagging his tail upon discovering an item (an antidote). 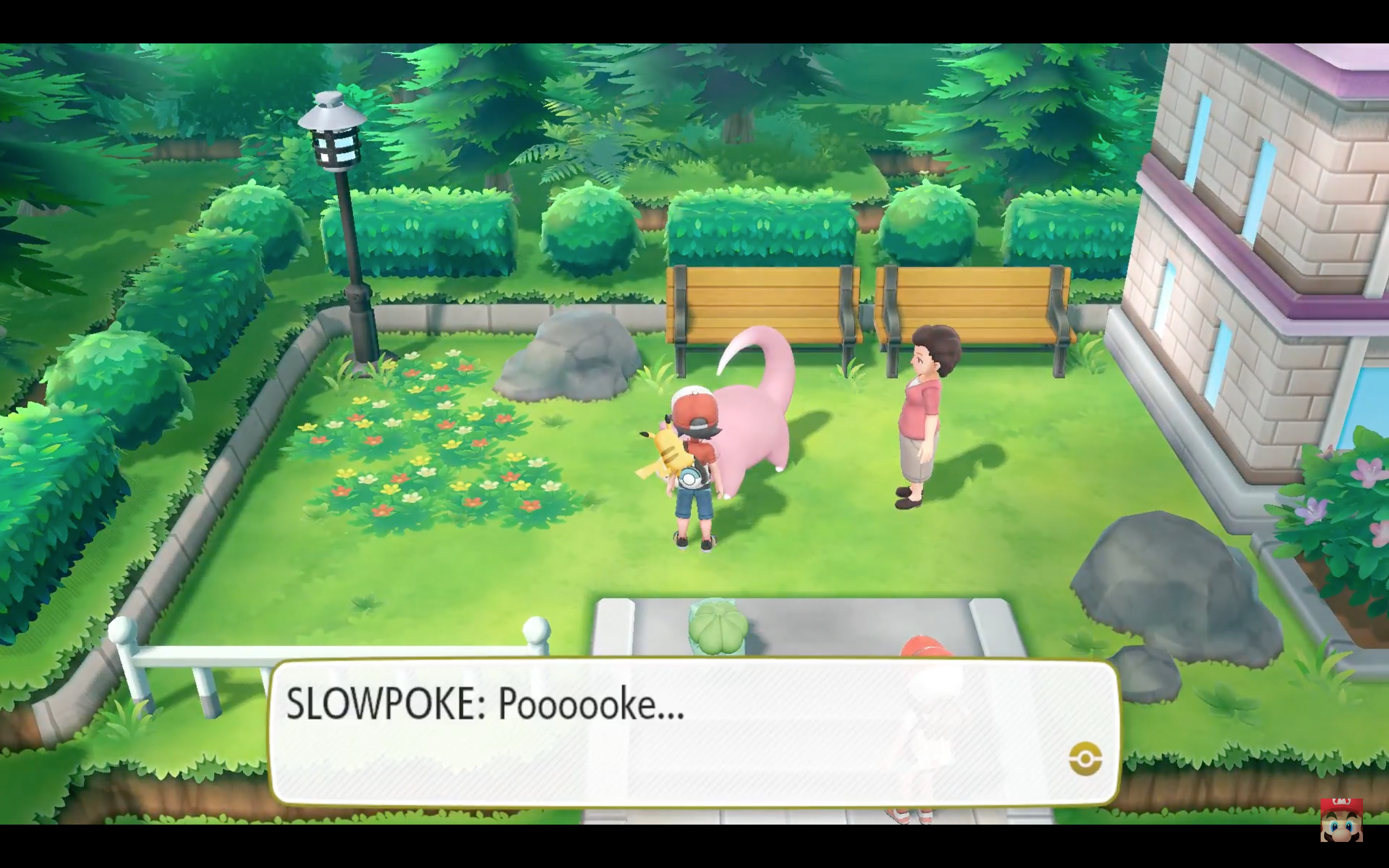 You do have a choice with your second partner Pokémon though, and that Pokémon will follow you around. Your limit? Anything that you can catch in game (and likely what can be transferred over via Pokémon GO). Some may walk behind you, like Charmander shown on the stream, but you can also ride some Pokémon. (Perhaps Rhyhorn and/or Charizard)?

It was confirmed that in handheld mode, gyro controls are to be used as well as button inputs. We have yet to see active gameplay of this on Treehouse live though.

After making their way through Viridian Forest, it was onto Pewter City. Here, we ran into a brand new character. Blue/Green/Gray isn’t your rival this time around, so meet Trace! He is a rather kind rival and gets scared easily. We also got to see Brock for the first time in game!

Lastly, for the sprite, art loving fans, you’ll be pleased to know that they’re in game, mostly as assets within your party and item menus. 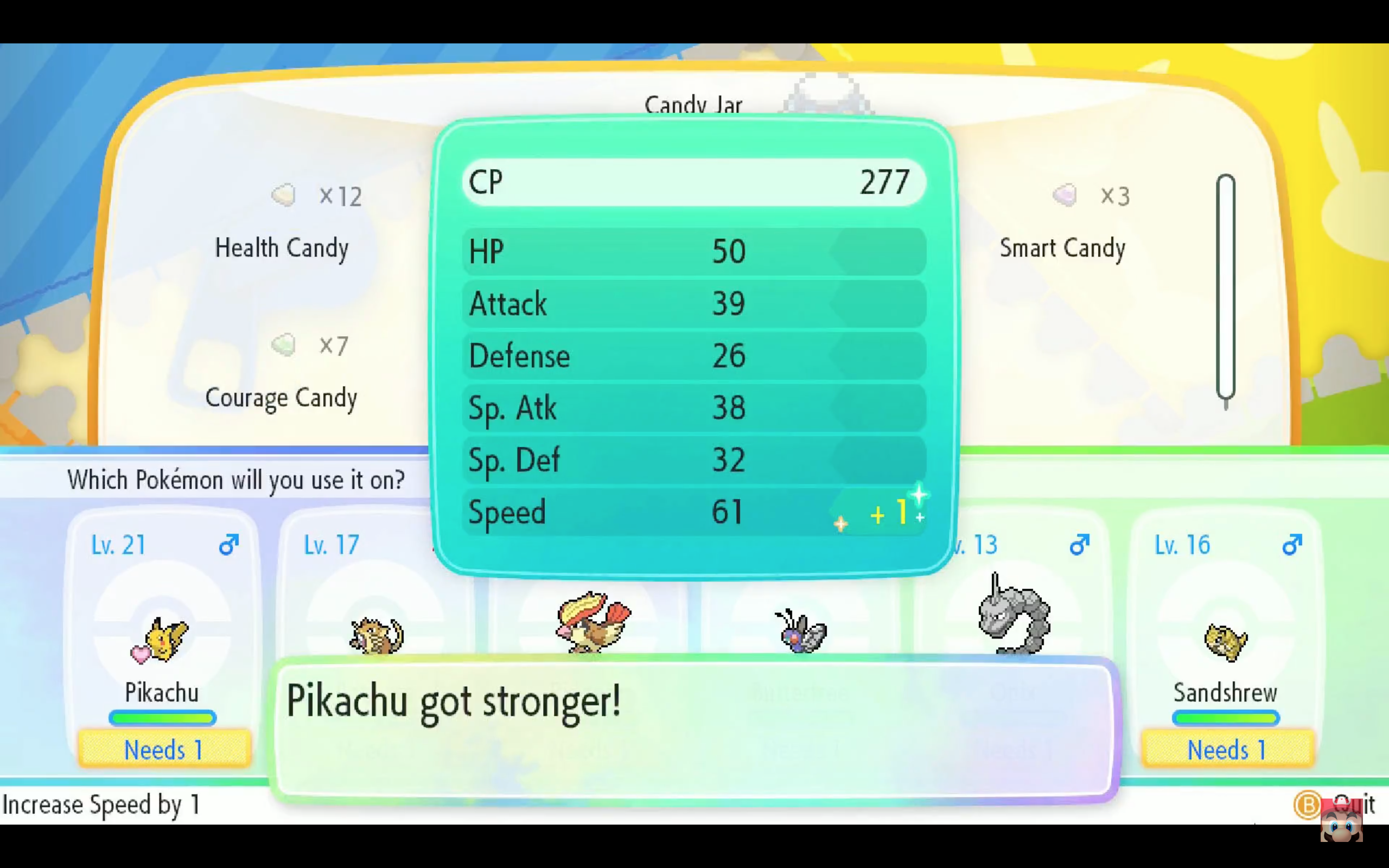