Three months after its announcement, the curtain has finally been pulled back on Super Smash Bros. Ultimate. Masahiro Sakurai said there were probably tens of thousands of changes from the Wii U version to Ultimate. There’s a lot to get to, so let’s dive right in!

Sakurai began by introducing the fighters coming to the party in Ultimate. After rolling through countless returners from the franchise, Sakurai announced that every playable character in Smash history will be coming back in Ultimate. 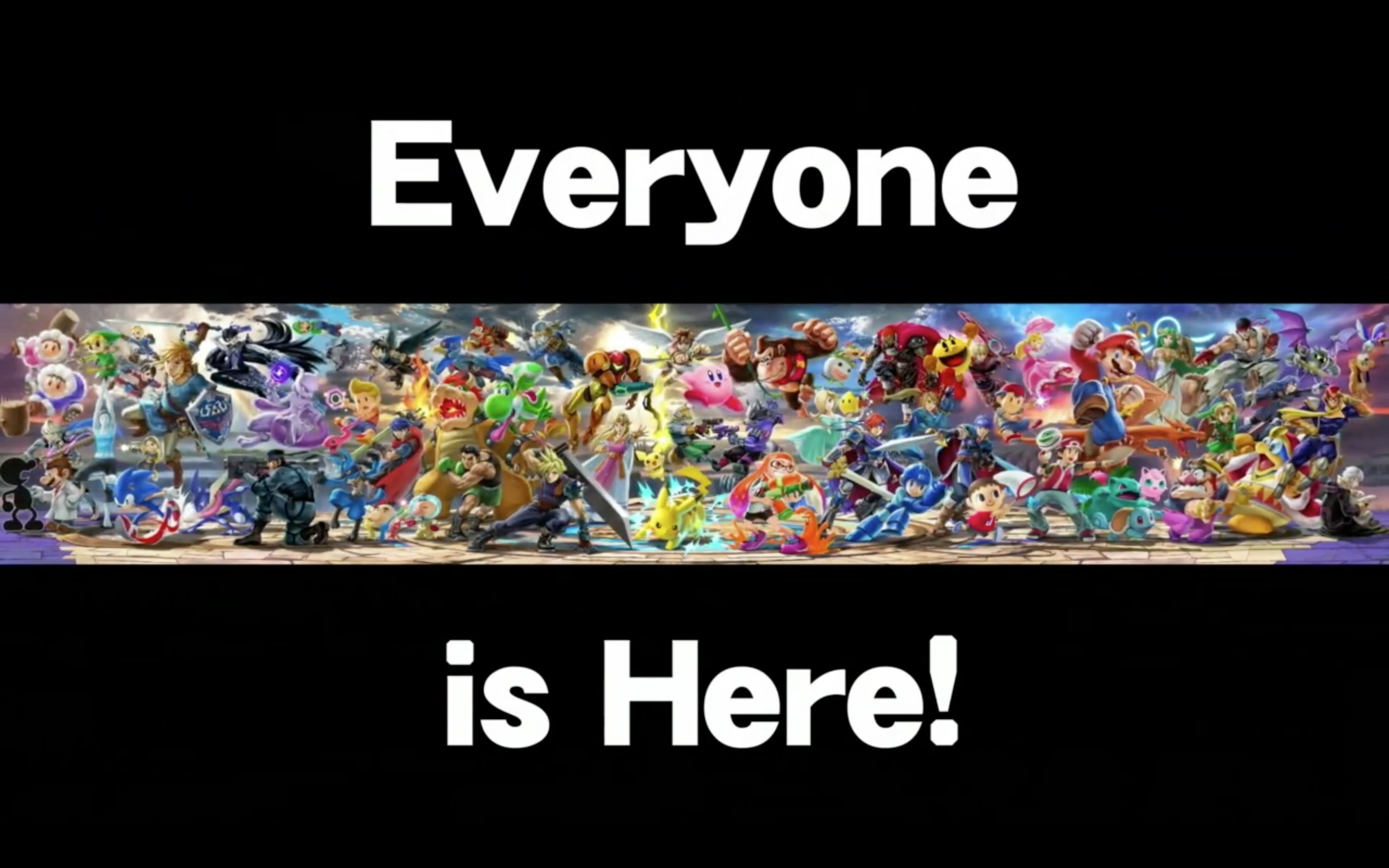 That’s right – Snake, Ice Climbers, Wolf, Young Link, and every other character who had been removed is coming back to the fight on Switch.

As for newcomers, we saw the moveset of the Inklings for the first time. They utilize various weapons from Splatoon for their different special attacks, and they have to dive back into the ink to recover just like Splatoon. There are eight different inkling colors, each with their own fashion sense.

Daisy joins the fray as an “echo character” for Peach. Commonly described as “clones” in the Smash world, Sakurai gave the new term to characters who are closely inspired by others on the roster, like Lucina and Dark Pit. As expected, her moveset looks very similar to the Peach moves we’ve been using for years. 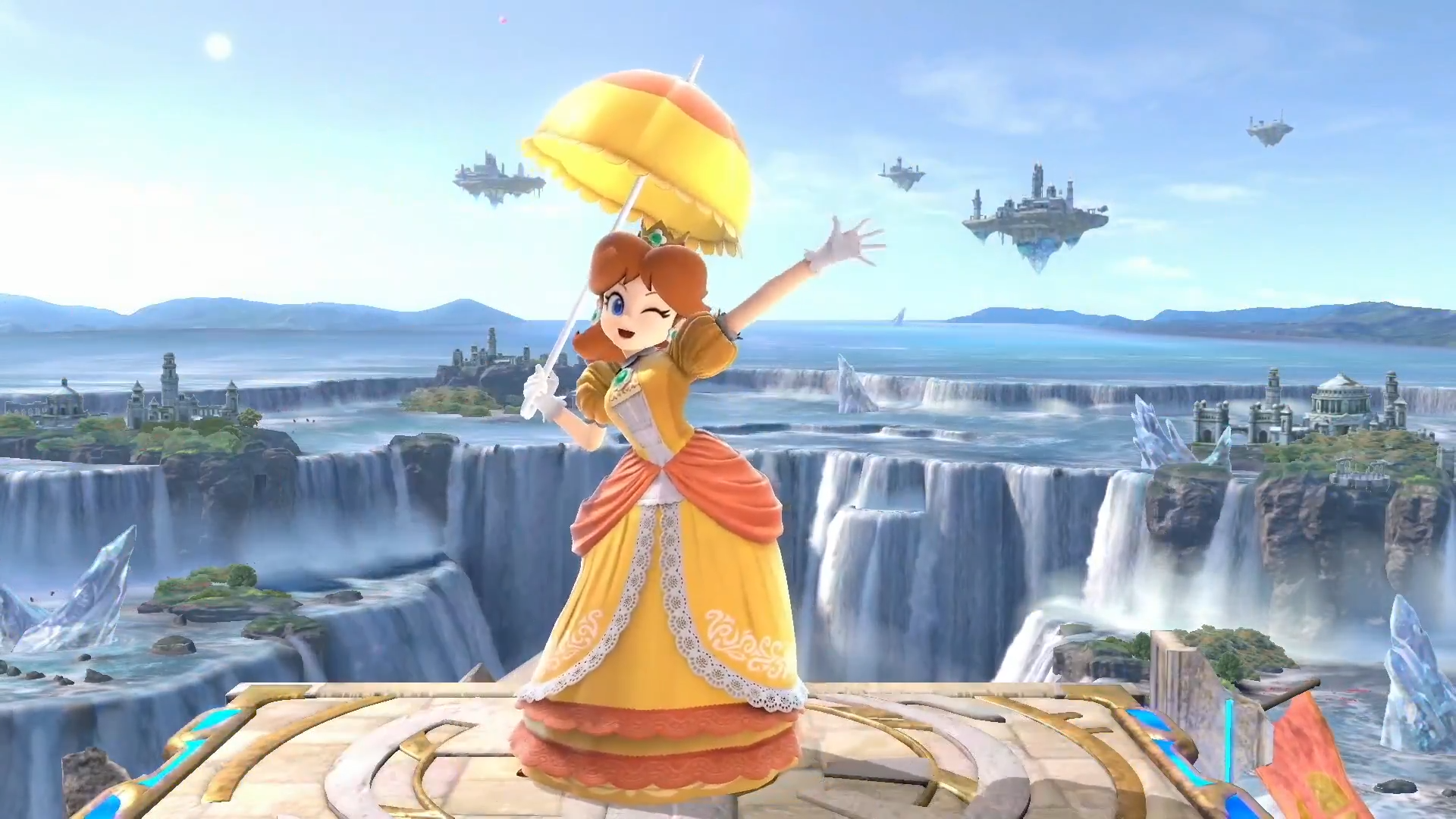 And finally, after years of begging, Sakurai finally caved and added Ridley to Smash. Complete with an epic reveal trailer we’ve come to expect from Smash, Samus Aran’s arch-nemesis is on the roster, complete with an amiibo.

Sakurai said the number one priority was bringing back every character from the franchise, so we shouldn’t expect too many new fighters.

There are a lot of changes to returning characters too. Zelda is now designed after her appearance in A Link Between Worlds, along with a revamped moveset. Cappy is along for the ride with Mario, as well as Builder and Wedding outfits. Link is wearing his champion tunic from Breath of the Wild, and his bombs are now detonated remotely. 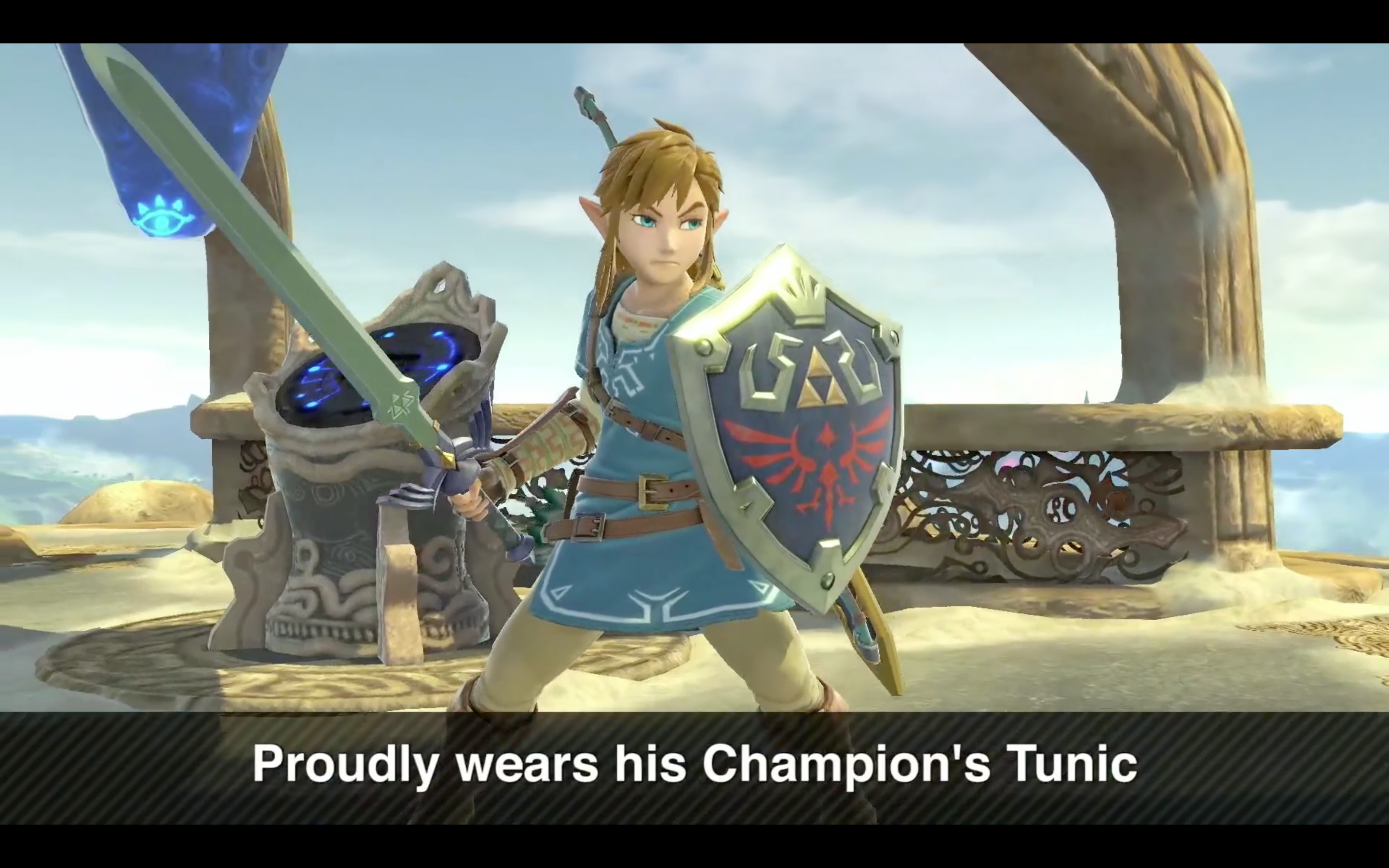 Final Smash moves have been totally revamped for Ultimate. Instead of each move being wildly unique in execution, each character has a relatively normalized Final Smash that gets to the punch right away.

Protoman and Bass join Mega Man’s final smash, while supporting characters from EarthBound and Mother 3 support Ness and Lucas. Fox and Falco both have Arwings that storm the stage, and Ganondorf turns into Ganon from the finale of Ocarina of Time. 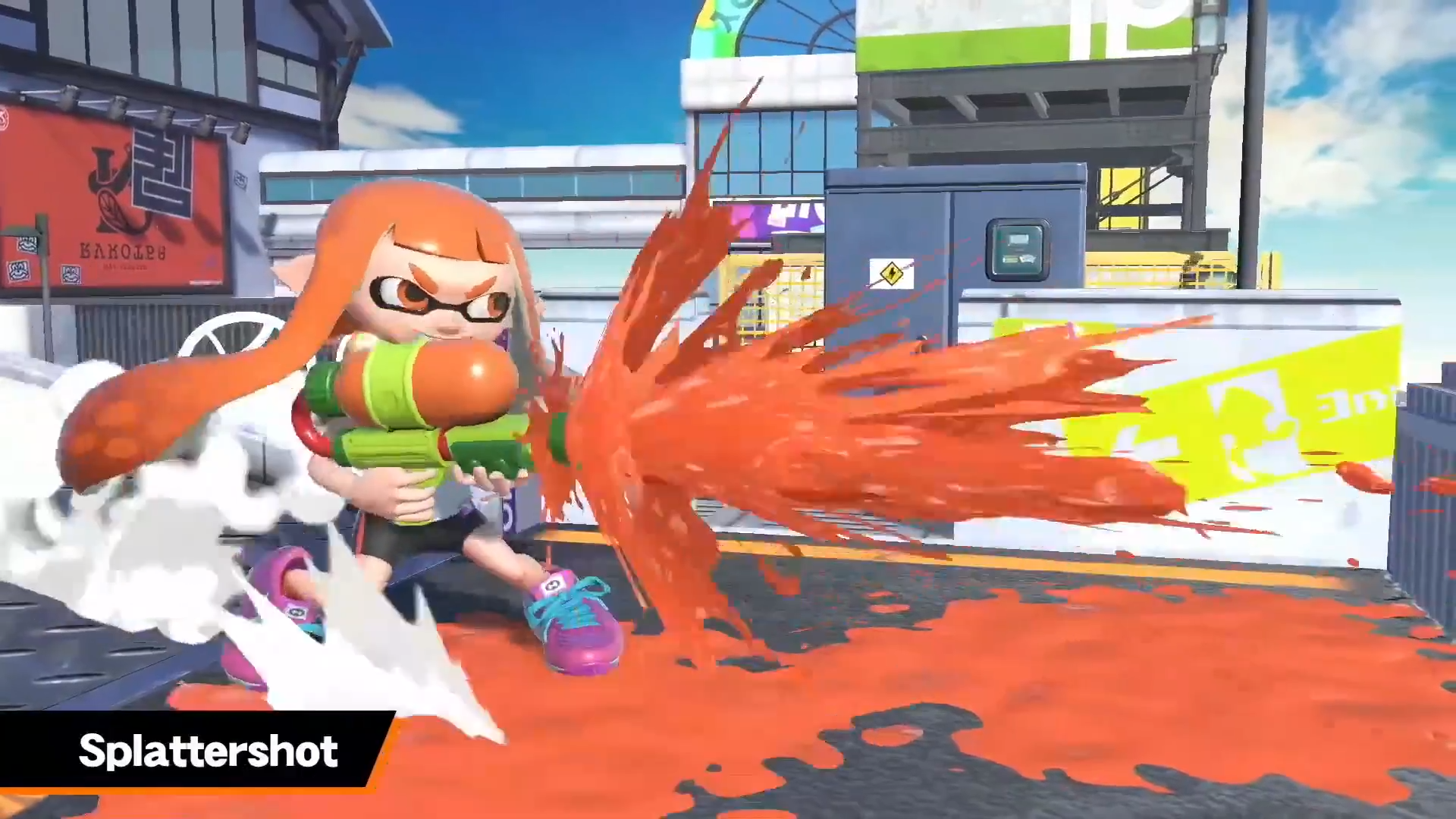 There were a few noticeable visual differences in Ultimate’s reveal. In the top right of the screen, there’s a blast zone indicator so you can see how close you are to falling out of the screen.

The character icons have a lot of new features in Ultimate. Inklings can check their ink level, Cloud’s limit meter is displayed, and the Villager can see what’s in their pocket. Shulk’s Monado Arts can also be individually selected instead of having to cycle through them all in a set order.

1-on-1 differentiates itself from free-for-all in a number of ways. Attacks do more damage in 1-on-1 to keep the action going at a good pace. In stock 1-on-1 matches, the score is displayed each time someone is KO’d. When some characters land a heavy hit in 1-on-1, the game does a slow motion effect. 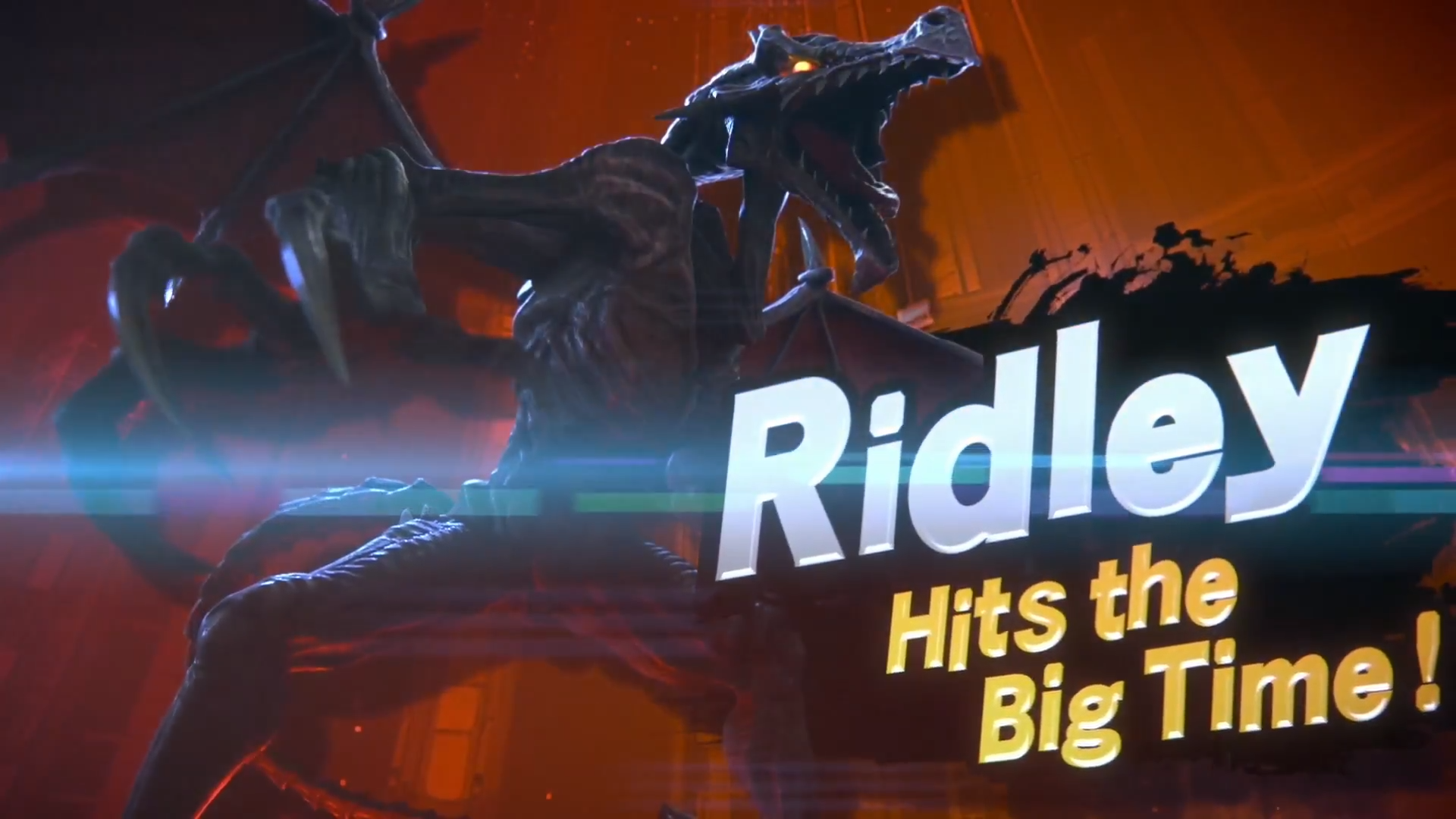 Sudden Death matches also received an overhaul. The screen now zooms in right from the start of overtime, with deadly flames boxing the fighters in. It’s sure to make Sudden Death even more intense!

We’ll have a lot more on Ultimate here at Nintendo Wire this week, including a deeper look at mechanics and the stage list. Stay tuned!