Star Fox revealed to be in Starlink: Battle for Atlas, coming to Nintendo Switch in October

During the Ubisoft press conference today, a trailer for Starlink: Battle for Atlas was shown, which ended with Fox of Star Fox fame flying in as a guest character in the Nintendo Switch version of the game. Mr. Miyamoto was invited onstage as well, and was given a gift from the Starlink team; a pretty nice looking statue of an Arwing and Fox. You can view the trailer right here: 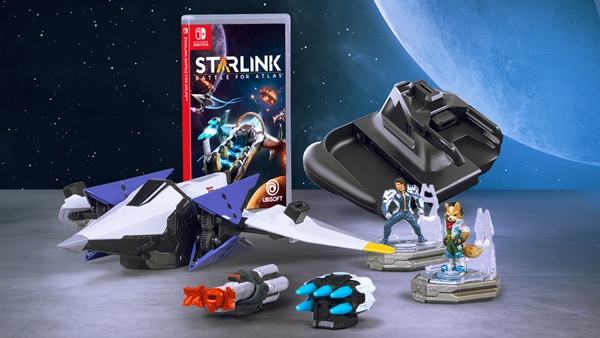 Starlink: Battle for Atlas launches for all consoles on October 16th, 2018.