This Tuesday, we’ll catch our first real glimpse of the Switch’s Super Smash Bros. title. And while the masses at large are unbelievably hyped for what is sure to be another stellar entry full of interesting new character choices and modes, the competitive crowd is excited for somewhat different reasons.

The history of competitive Smash is long and fraught with tension both inside and outside the scene, as players butt heads against each other and the Big N over rules, preferred game, modifications, and more issues than you can shake a Wii Remote at.

But Ninty has slowly improved its relationship over the years – and now, as they’re prepped to reveal the fifth Smash title to the world, they’ve invited the crème de la crème to compete first thing. Unlike 2014’s invitational, which was a mix of top players and some lesser known personalities, this lineup represents only the best of the best. And it’s only fair that you know who to root for, isn’t it?

Without further ado, let’s take a quick look at the eight gladiators who will be duking it out on Tuesday: 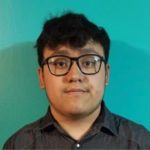 From: Mexico City, Mexico
Plays: Smash for Wii U
Mains: Marth, Cloud, Bayonetta
Fun fact: The “MK” in his name doesn’t stand for “Meta Knight”, but rather for “Monster Kingdom”, a local game shop run by his brother.

MKLeo’s story is a classic – a no-name kid from Mexico City who burst onto the worldwide Smash scene at only 14 years old when he won Mexico’s biggest Smash tournament, Smash Factor 4, over a host of international talent. Since then, this cat-loving kid – after dealing with visa issues and naysayers who thought he was too young – won his first major at the age of 15. He’s currently one of the top 2 or 3 in the world, and current two-time winner of the Genesis series. If there was ever a prodigy of Smash, it was him.

As one of the best Cloud and Marth players in the world (who’s also handy with Meta Knight and Corrin in the pocket), Leo utilizes an aggressive, yet nuanced style of play, carefully spacing himself to maximize damage and stay out of reach. While he’s started using Bayonetta in tourney too, there’s no telling who he’ll be using in Tuesday’s invitational. Will this post-2000 monster be able to take home the crown? 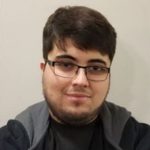 From: Chillán, Chile
Plays: Smash for Wii U (currently retired)
Mains: Diddy Kong
Fun fact: His iconic white scarf is a gift from his mother.

It’s lonely at the top – and when you’re the number one in a game for a long time, being the king grows weary on you. So it is for ZeRo, once an unknown upstart from Chile who became one of the best in Brawl – and then, for three years, the undisputed king of Smash 4. Few have dominated a game in its lifespan like ZeRo did with his Diddy, taking the #1 spot on every power ranking until January of this year, when – after months upon months of haranguing and people waiting to see him fall – he announced his retirement. But he’s walked back on it, just for this event.

During his reign, ZeRo focused on having a complete lockdown on the neutral game, being defensive and controlling the match with severe fundamentals. In addition, his strong grasp of the basics gave him great adaptability, which – coupled with his peerless ledge pressure – won him countless tourneys. And he even won the first invitational back in 2014. But will those skills translate into this new Smash? Will it entice him out of retirement? Only time will tell. 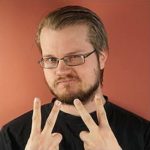 It’s one thing to be the greatest at a game that’s been out for a few years. It’s another to be the best of all time in one that’s lasted for over a decade and a half. And while some dispute the point, the general consensus is that Armada, the Swedish Sniper, is the finest to have ever held a GameCube controller. From humble beginnings in Scandinavia to breaking through the international mold at Genesis 1 to years upon years of domination, Armada’s kind geniality and fervid work ethic have made him the greatest of Melee’s “Five Gods”.

As the foremost Peach player in the world, Armada has no real flaws and is a master of the punish game. Able to capitalize on any mistake or slip-up with expert precision and timing. His skills translate to his Fox as well, who he can use to shinespike opponents off-stage in a way that looks easy. Of course, while he’s a master of Melee, Armada doesn’t tangle with the newer titles, which has the potential to disadvantage him if Smash 5 plays more like Smash 4 (which it almost certainly will). But this sterling Swede has the tenacity to snatch victory from the jaws of defeat time and time again. 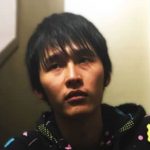 Once a low-tier hero who mained Pac-Man and Wario, and then brought Mewtwo to prominence, Abadango has had a tumultuous career at the top of Smash 4’s power rankings. After breaking out early on as someone who played unorthodox

characters, he switched to Meta Knight and Rosaline before finally settling on Mewtwo, winning Pound 2016 and establishing the character as a high level threat. He’s since transitioned to using Bayonetta more, but Abadango has proven that he can be a threat with many different characters.

Abadango has struggled lately at many of the big tourneys, getting no better than 5th throughout all of 2017 and managing to pull off a silver medal at Evo Japan earlier this year. This invitational is a chance for him to get back into the swing of things, but only time will tell whether Abadango can fully recapture his former glory. 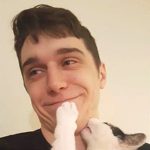 From: Apopka, Florida
Plays: Melee
Mains: Sheik, Fox
Fun fact: At EVO 2015 he forgot to go up for the medal ceremony; and he later broke Dreamhack Atlanta 2017 trophy (requiring a replacement).

The Smash Invitational 2018 is about to be property of the Plup Club, as this goofy “professional Minesweeper player” and speedrunner is set to soar to even greater heights. Once the greatest Samus main around, Plup switched over the Sheik in early 2015 and picked up Fox within the last year or so, reaching farther and farther as time passes. He is one of only two players (besides Leffen) to have taken a set off of all of Melee’s “Five Gods”, and his status as the second of the so called godslayers was cemented when he toppled the competition and one Genesis 5 – all while never losing his carefree grin.

Plup wields both Sheik and Fox with precise agility, utilizing platform movement to its utmost degree and moving across the stage with greater speed than almost anybody else. His clean moves and high reaction speed allow him to respond to any situation quickly, making him one of the most formidable foes in Melee. We’ll have to see how well his skills translate to playing in a new Smash title. 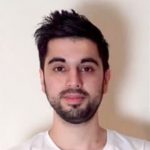 From: Arnhem, Netherlands
Plays: Smash 4
Mains: Sheik
Fun fact: Infamous for pouring milk before adding cereal, to the point where it became a meme and trending topic on Twitter at one point, to the point that the dictionary roasted him.

While Armada is the best European Melee player, Mr. R has proven the be the greatest on the continent when it comes to Smash 4. Starting out as a great Marth main in Brawl, Mr. R was notable for winning the first post-release tourney for Smash 4 (Sky’s Smash 4 Invitational), and has won many a European tourney. Though he’s struggled to secure an American major win, coming in 2nd, 3rd, 4th, and 5th many a time. Always the bridesmaid, never the bride, so to speak.

As the most prestigious Sheik player around, Mr. R utilizes all of her excellent neutral tools and safe moves to rack up steady damage on the opponent. He’s come close to the top so many times over the years – but with a new game on the horizon, perhaps now is the time in which he can reach that top spot with gusto. 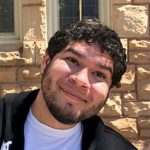 From: Norwalk, California
Plays: Melee
Mains: Fox
Fun fact: Whenever he and Mango team in doubles, they’re referred to as “Four-Leaf Mango”.

One of many notable Smashers from Norwalk, Lucky broke into the scene in Southern Cali in 2007 when he and Mango teamed and began to take many tourneys. Now he’s one of the best Fox mains on the West Coast, usually landing in the Top 8 or 12 at nationals. While he doesn’t team up as much with Mango anymore, he continues to be a threat in doubles, teaming with the likes of Reno, La Luna, and more.

Lucky plays Fox in an aggressive fashion, charging the opponent and putting on the pressure in order to make sure he capitalizes on every mistake. This style of offensive play is favored by the entire group of Norwalk players, but Lucky is also great at punishing opponents for sloppy movements. Hopefully this skill and spirit will translate well to a new Smash title. 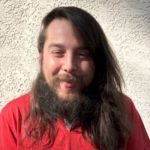 From: Norwalk, California
Plays: Melee
Mains: Fox, Falco
Fun fact: Received his tag when he was playing Counter-Strike as a kid; he asked for a mango to eat so much that all his friends started calling him that.

A man of many names – the Kid, the Buster, the GOAT. This rambunctious man from Norwalk is probably the most popular Smasher in the world, as his ever faithful Mango Nation waits with bated breath at every tournament for what he’ll do next. He’s wild. He’s unorthodox. He’s a gambler. And whether his crazy plays work out or lead to him self-destructing off the stage, you can be sure that he’ll smile and crack “that’s the Mango”. With patriotism, affability, and an intense love for the Philadelphia Eagles, Mango is one of the most colorful personalities the game has to offer.

Mango’s playstyle is as unpredictable as his personality, just as likely to pull off an unthinkable combo that takes the game as he is to “buster out” of a tournament early. With excellent neutral and a high capability of playing several characters, you can never sleep on the Kid – but will his insane Melee gifts work their wonders in the setting of Smash 5?

Those are the eight participants in the tournament, but there are many other Smashers backstage – which means we could get some potential surprises. Will Hungrybox show up for a Reggie rematch? Will PPMD return from his hermitage to duel Sakurai in glorious combat? Will tripping come back? The answer to all of these is probably “no”, but it’s fun to imagine some Pro-Wrestling style shenanigans that might occur.

Which Smasher will you be rooting for on Tuesday? Let us know in the comments!