When it comes to fighting games, I’ve always been a Capcom fan, or more specifically a Street Fighter fan. It wasn’t until the second BlazBlue game came along that I started to develop an appreciation for “anime fighters,” with their higher speed and more character-centric systems. After having kept up with that series and jumping into the Persona 4 Arena, I was on my feet and cheering in Vegas when this game got announced at Evo 2017. After almost a year of waiting and an addicting beta test, I’m still just as excited to have the full version at my fingertips.

As a sucker for crossovers, I’m already on board for BlazBlue and Persona coming together in a single game, and by adding in Under Night In-Birth characters, as well as the four stars of Rooster Teeth’s animated web series RWBY, it turns into a four-way free-for-all of clashing characters under one unified combat system.

It’s still mostly a four button game, as many of Arc System Works’ are, with an extra one to facilitate its tag battle nature. There are two standard attack buttons, a heavier attack button for a dedicated overhead attack that leads into a free chain of attacks, and a fourth button for switching characters. That means no separate Drive button for BlazBlue characters or a Persona button for that cast — instead, those more unique traits are integrated directly into their movesets. It simplifies things across the board while maintaining the style inherent to the game. This is one of the easier to grasp combo systems I’ve seen in a fighting game. Rather than giving single characters a huge amount of depth, it’s fighting as a team and coordinating assists, switching, and some meter management that really help you rack up the damage. 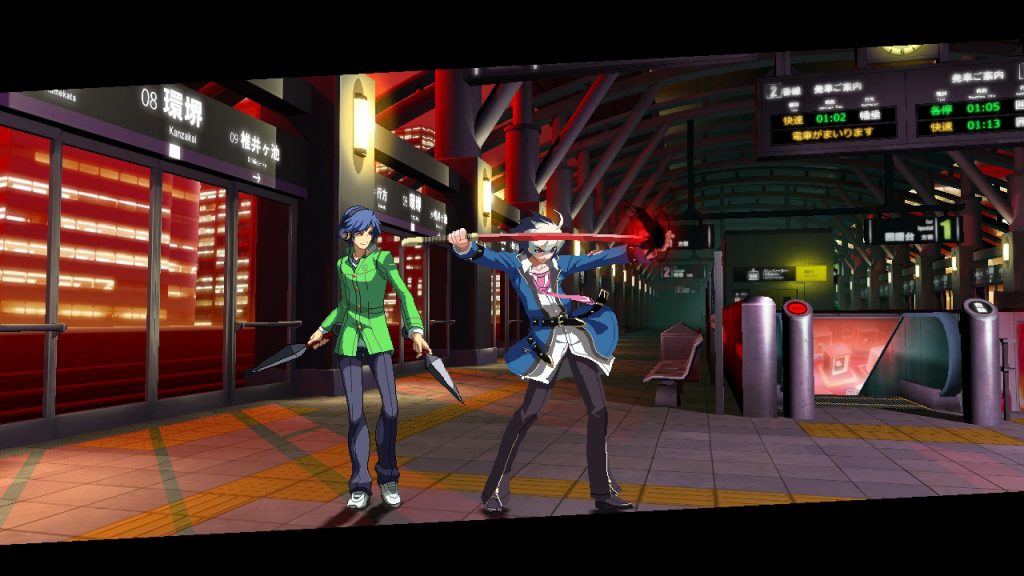 On a first go through the tutorials I was introduced to these multiple systems and techniques, though some of them I didn’t adopt myself until I started seeing more skilled players utilize them in fights online. While the auto-combo system is understandable enough and there’s no complex inputs for specials (Shoryuken style reversals coming from pressing a pair of buttons simultaneously instead), the real meat of the game’s potential lies in the name itself: Tag.

By calling in your partner you can either perform an attack to extend combos or cover your positioning, or swap places altogether. That second one isn’t very safe on its own though, so the game offers multiple means with which to pull it off. You can have your reserve character perform a super during the middle of another to trade places, make them join in to attack with you simultaneously before swapping mid-assist, or even burst you out of an enemy’s combo. All of these ideas have been in other fighting games before, but they stand out here even more with their ability to work together well with the game’s aesthetic and sense of self. 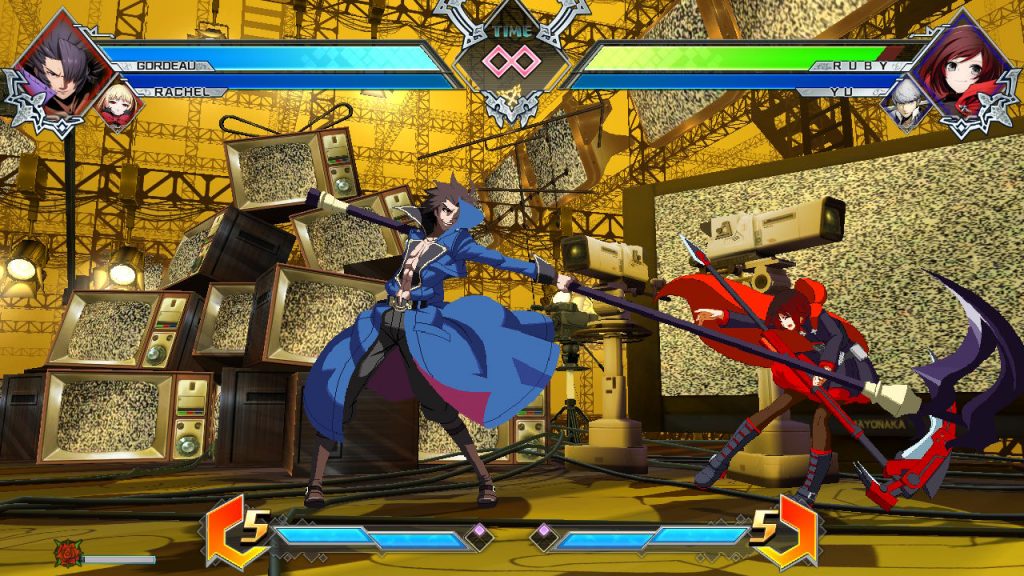 The Wheel of Fate is Turning

The real winner here lies within the game’s presentation. While some of the sprites look dated (due to being existing assets from older games), it’s much less notable in motion, where animations are fluid and stylish. Their personalities and relationships shine in the pre-fight introductions and endings as well, with several inter-series and crossover pairings getting unique dialogue. Add in the option to swap between English and Japanese language dubs on both a cast-wide and character to character basis and there’s plenty to get excited about for those who are less skilled, as well as people who are thrilled to see these characters all together.

Where you’ll get the most out of them is in Episode Mode. Working as a visual novel story mode of sorts with battles interspersed, each corner of the cast gets their own run through a similar plot. A new world has brought them all together and a mysterious voice has started a tournament, all the while urging tag teams to battle it out over four keystones. They’re light and breezy, each only taking a little over an hour — and there’s some change in the mix if you’re letting all the voice clips play through. 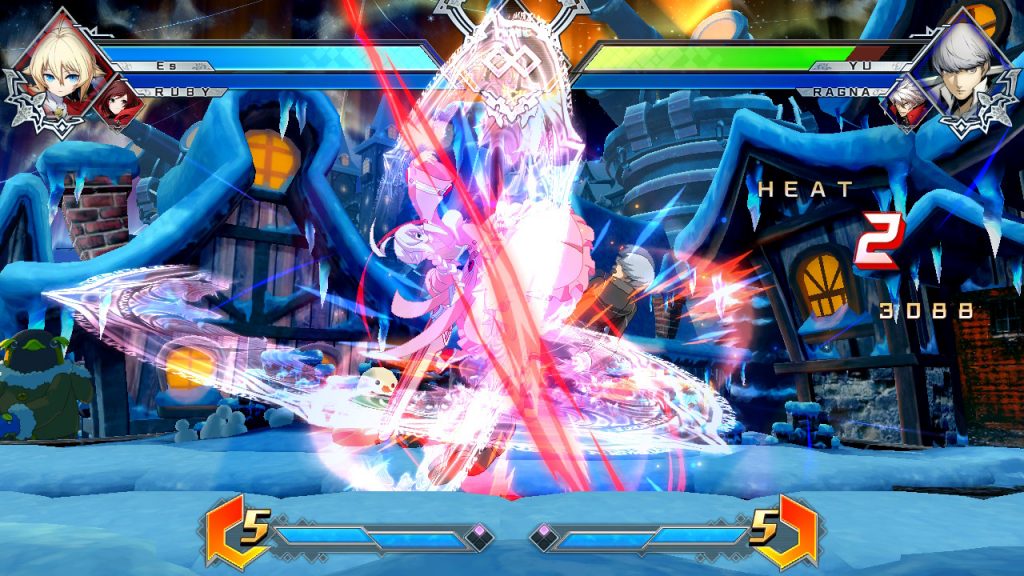 Really, the core plot for these is secondary, with the main draw being the character interactions. The Persona 4 Arena story was a fun excuse to get (almost) the whole crew from that game back together, and the BlazBlue story even managed to maintain that game’s multiple endings and dialogue choices. All the others only take one go through to get 100%, but it’ll take some extra time with Ragna to see everything from his episode.

With how extensive BlazBlue’s story can get, I was a bit let down with what I had seen by the time I was done with the story mode. Because of how the game’s cast is half DLC, certain future add-on characters are present, yet locked out of being playable even when they’re joining you in the story. This is felt most in the Persona 4’s episode, which at times actively came up with (admittedly in character) reasons for why you couldn’t play as some Investigation Team members, and the RWBY story where free downloadable fighters Blake and Yang are more or less cameos. Even if you still had to pay to access them in versus and online, getting to try these apparently finished characters in this mode could’ve been a good chance to preview what they’re like during gameplay.

Welcome to the P-1 Grand Prix!

Outside of this, you’ll find the standard suite of fighting game modes: Versus for local play, an arcade-like survival mode of never ending fights, and a training mode with plenty of options to get your combos on point. I’ve always been a fan of Arc System Works’ combo and mission-centric mode (here called Tactics Mode) that encourages you to not only perform combos, but understand the archetype and mechanics of the characters. Add in both ranked and casual online lobbies with an absolutely adorable avatar system and it’s no wonder I got in nearly 200 matches over a few days. 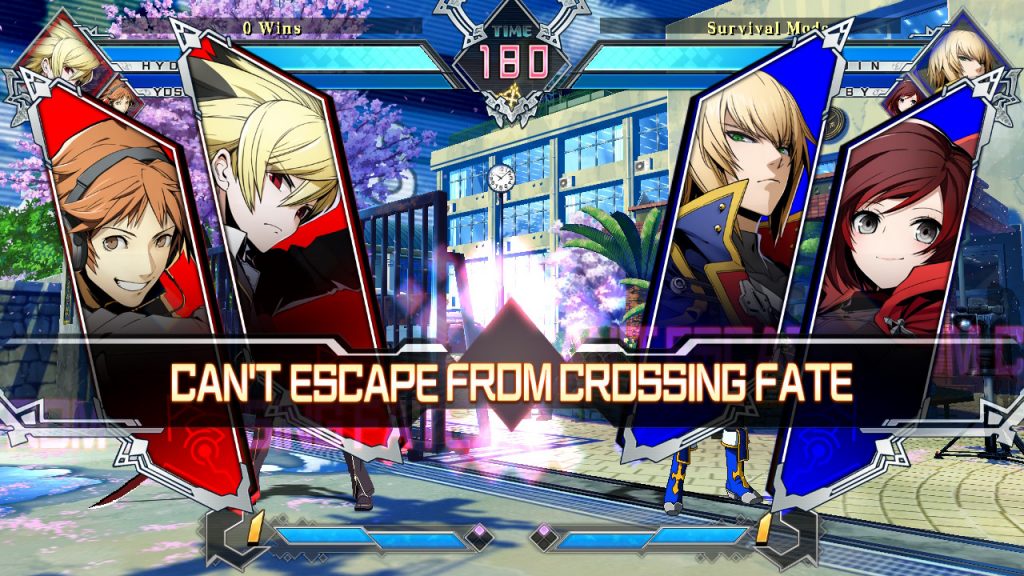 This is where the real meat of the game is, playing match after match with others. And throughout all of that I haven’t gotten bored with BlazBlue. Finding a pair of characters that click for the player and test their skill is a huge draw for me, and managing to do so and watch myself get better is what makes fighting games fun.

By being so easy to play and understand at an initial level, Cross Tag Battle has gotten me to that rewarding phase quicker than a lot of games I’ve played in the past, and I actually want to keep playing online rather than focus more on getting together with friends. It helps that playing matches on the Switch in handheld mode becomes fairly comfortable after an adjustment period, though I will say that a dedicated fightpad, or even a GameCube controller, might be a better fit for the game.

The most divisive aspect of Cross Tag Battle has been the handling of its character roster. The present and available characters offer good cast variety in terms of playstyle. BlazBlue covers the arguable core players of each universe, as well as a few popular extras, and one or two that are here for playing a role in the Episode Mode. That adds up to 20 characters to play as, with another 20 arriving through DLC. 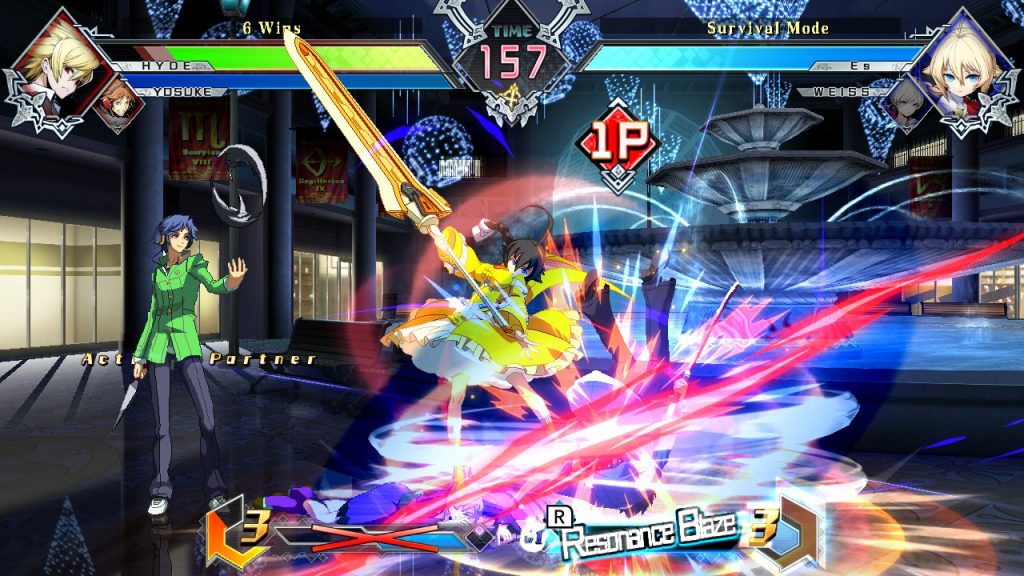 Even discounting the other half of Team RWBY, who will forever be free once released, that’s an extra purchase to get nearly half of the game’s hypothetical cast or piecemeal pickups for who you want specifically. Even if the game’s price is slightly lower to reflect this, and the total cost of everything is on par with other pricing models, the fact that some of those characters are technically in the game and inaccessible is disappointing.

At the end of the day, I’m still satisfied with what I’m getting out of the game. While there are shortcomings in the Episode Mode and some popular characters are DLC to be, the core game has been a treat. It’s been a while since a fighting game has managed to strike a balance between accessibility, style, and pacing, but BlazBlue: Cross Tag Battle brings these parts together with no trouble. Add on well animated sprite work and a full, fantastic English dub, and it all crosses over into a game I can’t seem to put down. 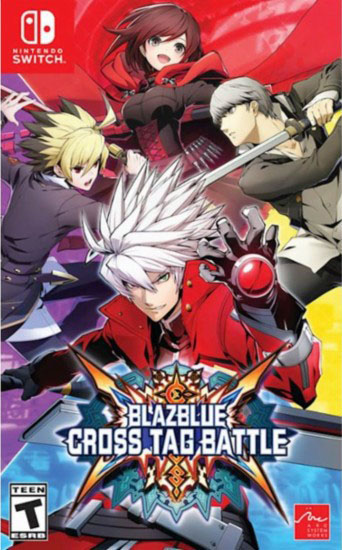