Compilations are a tricky business for sure. When you set out to embody an entire lineage of work, there’s bound to be highs and lows along the way. With 30 years of Hadoukens under its black belt, the Street Fighter series has varied wildly in its identity and relevance from game to game, but has remained iconic at every turn. The Street Fighter 30th Anniversary Collection looks to give you every step of that World Warriors’ journey ’til the turn of the millennium. A few elements of the collection itself fall flat, but that doesn’t change some of these are among the finest fighters of all time.

For the price of admission you’ll get 12 games in one package:

Even when it feels superfluous to have that much punchin’ game, particularly with the multiple version of Street Fighter II, the comprehensive nature of the collection makes the differences from each version clear in its compendium of information on each release. Features come and go, and while it’s easy to point at Super Turbo or Hyper Fighting as the most “complete” versions of the classic, it’s worth trying them all for yourself. 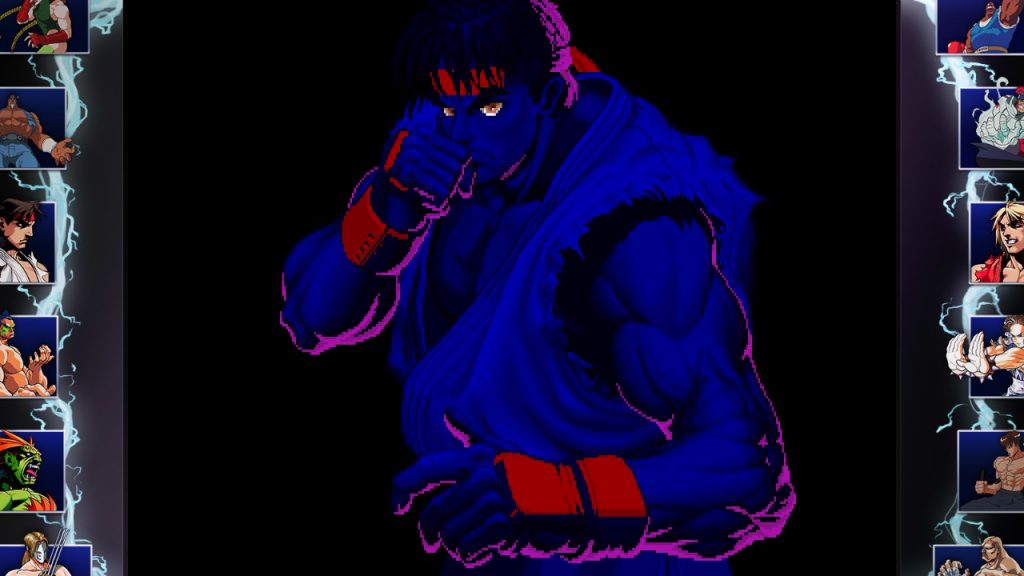 It all depends on your skill, go for broke!

For longtime fans and fightstick aficionados, you may be pleased to know that each title bases itself on the arcade versions of each game rather than any home console ports. That also means the main mode of play for each is just that: Arcade. This is Street Fighter at its purest, and while I can think of a few places where the trend could have been broken (Alpha 3 having a handful of home release exclusive characters, for example), I’d say it was the right choice for the collection.

Each plays well and easily reminded me how palpable it is to get through a round by the skin of your teeth and with your own talent. Not having a Switch stick, I spent most of my time relearning the feel of the games with a pair of Joy-Con. While it gets the job done, especially with respect to the utility of handheld mode, I do recommend going with a more traditionally designed controller for these six-button fighters.

On a game to game basis, I have to single out Street Fighter III: Third Strike. This is easily one of my favorite games of all-time and served as my main measure for how things hold up. Thankfully, it doesn’t disappoint, with the more technical gameplay and supremely detailed sprite animations living up to their glory. If you’ve never given it a try, do yourself a favor and make this your first stop after going through your own game of choice. 2nd Impact makes for a good distraction every now and then, but you know what they say: the Third Strike is what counts. 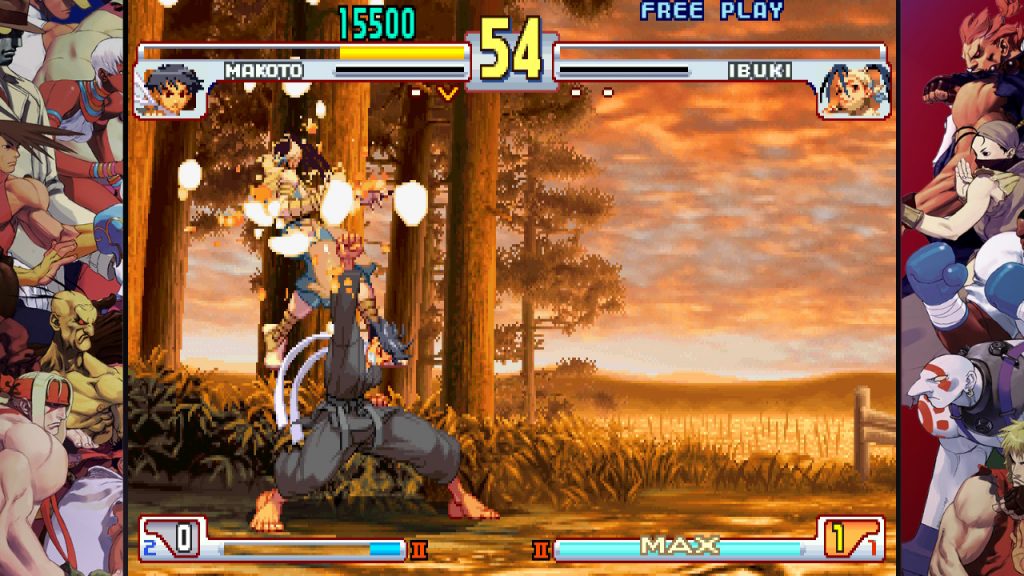 Having not experimented much with the Alpha series outside of 3, I was surprised by how much I gelled with Alpha 2 as a game as well. Alpha 3 always felt like it had just a little too much going on for my taste with its “-ISMs” — and even if I love its announcer, I’m gravitating more to its predecessor. Still, the whole Alpha series expanded the story side of Street Fighter and gives each of these versions their own weight.

I will say, I don’t see myself playing the original Street Fighter much at all past this review. It does not hold up, and it’s no wonder Street Fighter II was what put the games on the map. I won’t complain over its inclusion for the sake of completion, but trying it out after the other available games was less a step backwards and more a full dive into janky controls and stiff animation.

The collective Street Fighter II is the toughest sell here, mostly due to the recent Ultra Street Fighter II exclusively for Switch. Having the multiple, original versions does give the collection its own value in this department but it definitely raises some level of redundancy across the two releases. It doesn’t diminish the collection by any stretch though, as there’s something nostalgically magical about bringing me back to the original Super Turbo.

Yeah, I’ve been waitin’ for this!

So what’s so new and special about the package itself? Most impressive is the museum mode, and all the other informative elements I briefly mentioned already. Every character and game has its own entry that breaks down what sets them apart from the rest, offering both random trivia and story details. You can even pick a character and see the frames of animation for some of their attacks, a really cool feature that I wish extended to each of their attacks instead of three chosen specials each. 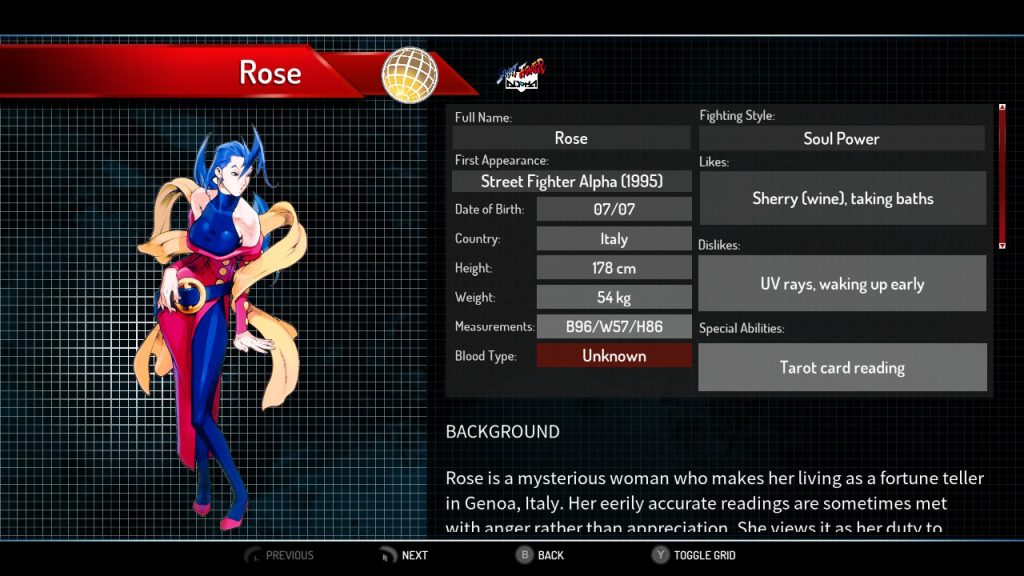 Along with that are hundreds of pieces of art to check out, some with their own paired commentary. Ranging from character illustrations to arcade cab art to design documents, it was a treat to lose myself in everything on offer. There’s also a separate music library for those that love the sweet soundtracks these Street Fights are known for. That said, I felt the sound quality of the collection felt just a little off. Audio felt muffled even when I had my Switch docked and at a decent volume.

For Hyper Fighting, Super Turbo, Alpha 3, and Third Strike the collection also offers online multiplayer as well as training modes. That may sound like it should be a given, but for allegedly emulating the original arcade versions these are welcome inclusions. While there are plenty of options, it’s a shame that character movelists don’t include things like command normals and target combos. While these can be looked up easily and I’ve memorized my fair share, having them in what’s otherwise a pretty dang definitive collection is a little confusing. 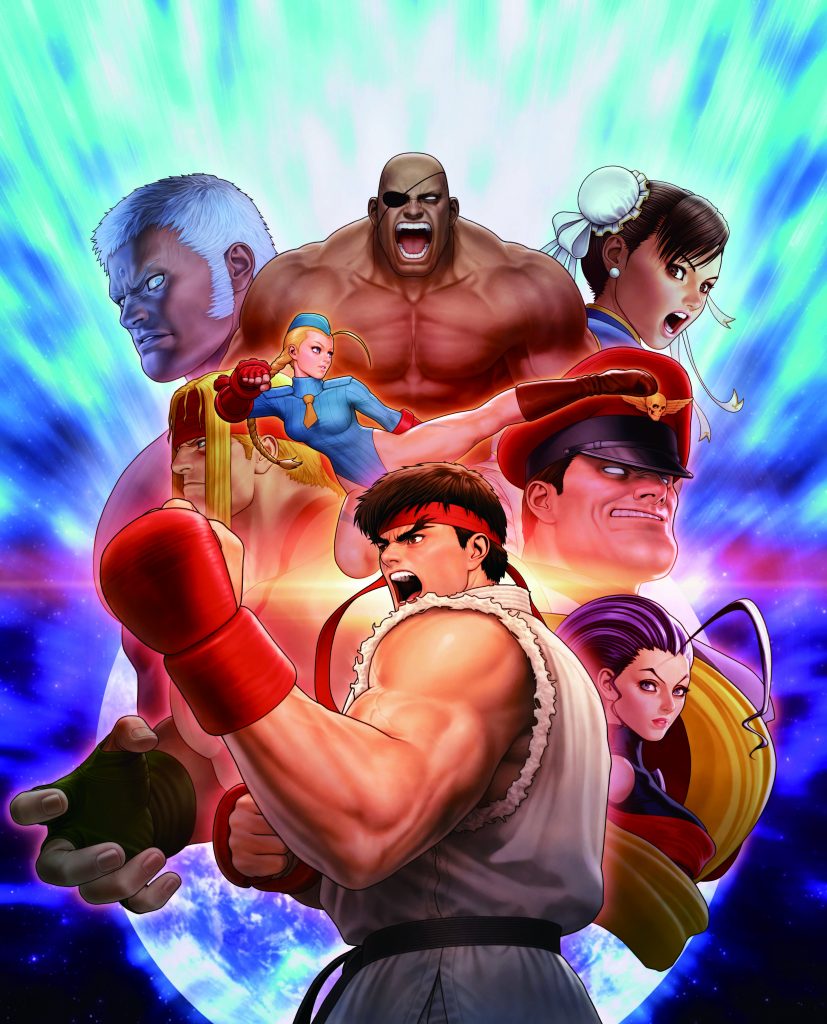 All 12 games (even the original Street Fighter) also get local versus modes that allow you to quickly choose your game and stage before being sent straight to the original character select screens. It makes changing games a quick and easy affair, though I do wish the results screen held more weight. No character victory quotes or art, no win/loss record at all, and no real impact to speak of take some of the weight off of hard fought matches that I’ve gotten used to. You can still access some of what’s missing here via challenging an opponent while they’re in the separate Arcade play mode, but it comes off as an overall letdown.

I can recall several moments in my years with Street Fighter. Trying to take on my brother’s Fei Long with my Dhalsim again and again, the first time I managed to pull off Guile’s seemingly indecipherable super input, and signing off every Third Strike session with my favorite sparring partner via a Makoto vs. Ibuki match, no exceptions. This is a series with not just success, but stories. While it may be a little much to say that this lineup could grant these to anyone playing, I can guarantee that if you put in enough time you’ll see what I’m talking about that makes it special.

There’s so much quality inside of the Street Fighter 30th Anniversary Collection that it’s easy to call it a must-have for fighting game fans. From the iconic to the obscure, every corner of these 12 releases is represented and reveled in to deliver a Shoryuken straight to your nostalgia centers and get you working on those combos all over again. There may be a few blemishes in the overall delivery, but this is still a handsome fighter — and they never lose battles. 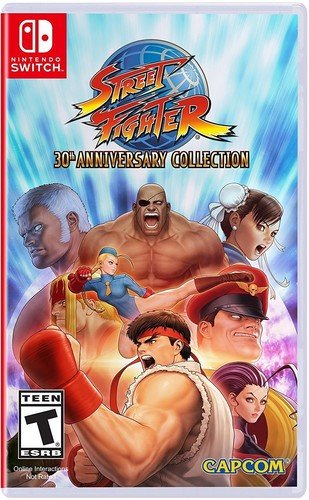