Video games are almost always about goals. Rescue the princess, wipe out a parasitic alien lifeform, defeat an ancient primeval beast that’s laid waste to the kingdom… Not every game’s goals are dramatic either — just look at Harvest Moon, or its modern Story of Seasons incarnations, where you build up a sustainable farm, befriend the locals, and maybe even get married and have kids.

I bring up Harvest Moon because the latest game from its creator, Yasuhiro Wada, has a very different and divisive approach to progression. Is it worth a look? I recently spent time with it to find out.

Happy Birthdays, or Birthdays the Beginning as it was originally called when it first launched in early 2017, is a “God Game” at its core, sharing similarities with the likes of Populous and Spore. 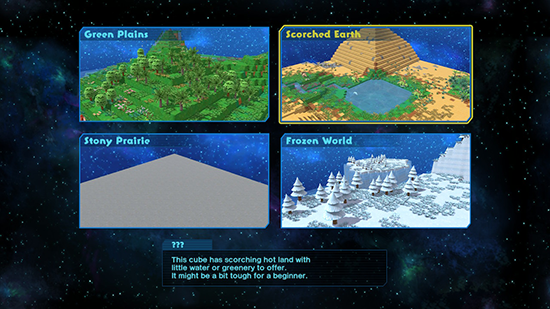 So the main crux of the game boils down to this mechanic of nurturing the environment, with the main story mode giving you specific milestones to reach — the first major one paving the way for modern humans to evolve.

While this can result in some rather amazing moments, like seeing the mountain you made teem with unusual beings, it does lend the game a sense of aimlessness. By zooming out to macro mode you can fast-forward time, seeing centuries whiz by in seconds, and while the right side of the screen has a tracker of populations and “birthdays,” I often felt like I had no control given how much of the game is abstracted. It may say you have 3,000 alligators going about their business, but in-game you only see two or three awkwardly waddling around on top of a tiny cube.

There are a few “powers” that grant you some more direct control over the world, like adjusting the level of moisture and heat in a certain area, but you’re still mostly at the whims of the more important height ratio.

The aforementioned story mode is unusual, to say the least. “You” leave your house, get drawn to a mysterious cave, and end up becoming God of the tiny cube world. It’s not just any cube world though — it’s a tiny slice of Earth!

The story is basically a take on the butterfly effect theory of time travel, where so much as stepping on the titular bug in the past would drastically change the “present” you came from, only on a biblical scale. 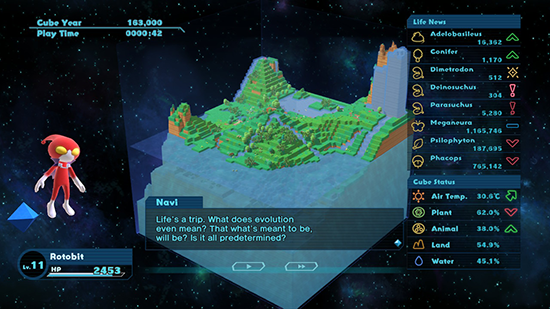 There’s an undeniable charm to how bonkers this story is, considering it’s part of what could have otherwise been a very by-the-numbers god game, but it won’t win over anyone who thinks the core gameplay doesn’t have much of a “point.”

For those who just want more focused goals there’s the challenge mode, where you have to evolve a certain lifeform and save a clear time, but the gameplay is the same loop as ever, just with more pressure.

One part of the game I feel succeeds above the others is the Library. You can scan all of the different flora and fauna that evolve on your world, giving the game a certain educational appeal. While it’s nowhere nearly on par with the massive resource that is Civilization’s Civlopedia, for a kid it’d be a great way to learn about what naturally spurns evolution. Well, at least up until you use the special power that magically grants monkeys’ knowledge to speed things up. 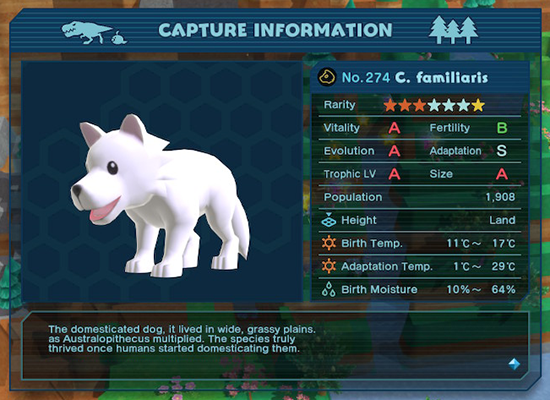 While I would recommend Happy Birthdays to kids thanks to the accessible lessons that naturally unfold, they may find a lot of the surrounding mechanics more than a little cumbersome. Rather than controlling a cursor directly, you instead fly around as a cute sentai-inspired avatar, which leads to a lot of fiddly movement. Don’t expect to create any pretty mountains without a lot of repetitive work, and while it’s possible to make it slightly easier by holding in the L button to even things out, it’s easy to over-correct and start the process all over again. 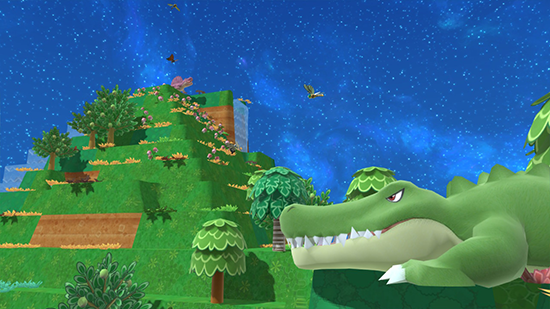 On a similar technical note, the music in the game can be very jarring. Different instruments are added and subtracted depending on the area you’re in, but you move so quickly between distinct environments that the audio can become a mess. Visually, however, the game can be quite beautiful, and it runs well on the Switch albeit with a few minor hitches now and then.

Whether Happy Birthdays comes across as a nice, relaxing sandbox or painfully dull exercise depends entirely on your tolerance for the mundane; it’s undeniably one of the weirder, most experimental games since the PlayStation 2 generation.

For those who like their games more than a little quirky and have the patience for managing a tiny, adorable world, Happy Birthdays should be on your radar. Everyone else? Maybe being a god isn’t as great as it sounds. 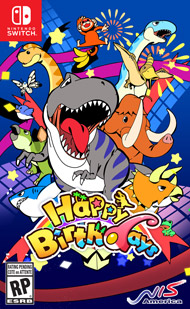