While the games and merchandise were the stars of the show, one of the most reliably great parts of Kirby’s 25th Anniversary celebration were the special illustrations that were released regularly via Twitter. Mostly released on holidays and sometimes just for the fun of it, these Dream Land drawings were the perfect way to showcase patented Kirby cuteness and cameos of older characters.

Now that the year is behind us, all these drawings are being packaged together in a special box set being sold on the official Japanese Kirby Portal site. Have a look back at the Kirby 25th Anniversary Dream Land Memories! 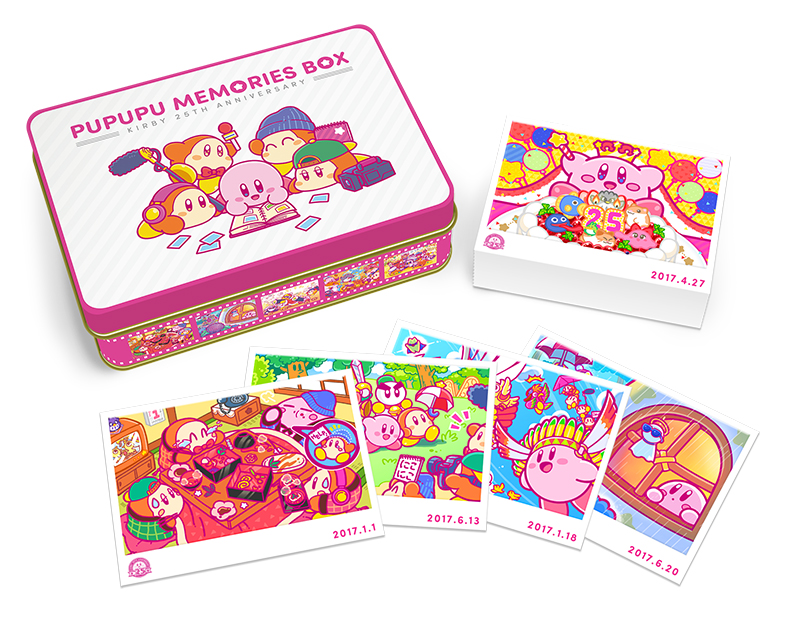 47 special picture cards will be included in the packaging, each one dated with when it was originally posted. This’ll include three special cards just for this box’s special edition: two Waddle Dee illustrations tied into this year’s April Fool’s joke where the little orange guys took over, and a commemorative 100,000 followers card.

This item will be available exclusively via the Kirby Portal site, though the set may also be coming to other store shelves without the three special additions. If any word on that surfaces, we’ll be sure to share it in order to keep these Dream Land memories running through your heads.