Buff Dedede took the world by storm when he was revealed, turning a Nintendo Direct into a gun show with those absolutely jacked hammer swingers he calls arms. Now some new concept art has shown how that fighter came about and what could have been. 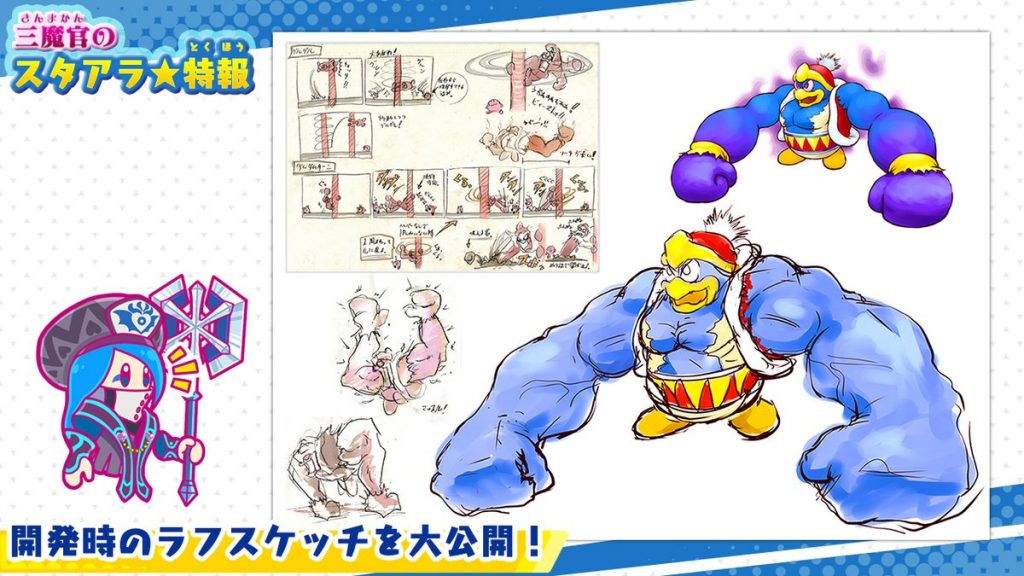 While the concept sketches look fairly consistent, the two towards the bottom show a few differing details. Note the all red eyes, the different posture and movement, and how his yellow mittens could’ve stayed on in tatters. I’m happy with what we got in-game, but who knows how things could’ve been if he were using those pythons to walk.

This wasn’t the only behind-the-scenes Dedede action we got though, oh no. We’ve also managed to see what the King looks like without his trademark outfit. 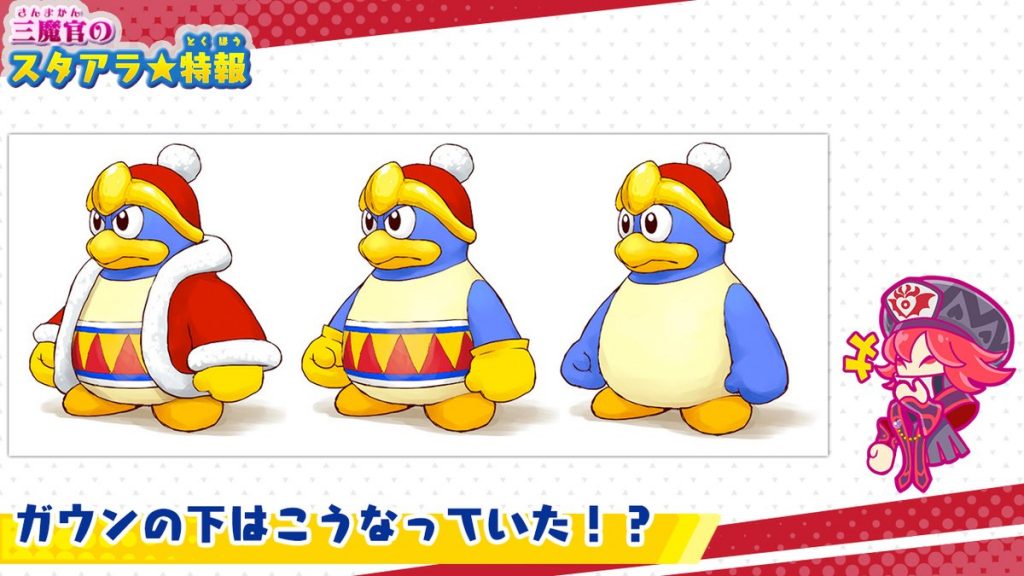 We can see that all this time he’s been wearing a yellow, sleeveless leotard under the coat and belt. As self-proclaimed ruler of Dream Land he can wear what he wants, though now I’m just curious as to how this look could get worked into the games next time around.