DK’s been our favorite banana grabbing big guy for over 30 years, and in that time he and his crew have headlined a barrel full of Nintendo standouts. With the Switch itself being a remarkable a system, it’s only fitting that one of the character’s best and most recent games should get a second chance on a console that won’t let him down. Donkey Kong Country: Tropical Freeze didn’t need another go to be great, but this funky fresh re-release is a step towards making it a Kong classic.

The leader of the bunch, you know him well

The ingredients of SNES Kongquests past are all present along with the extra polish and style that began when Donkey Kong returned on Wii. The level design and ingenuity deserve top praise. Each stage carries an identity that enhances both what you see and what you do, offering new gameplay opportunities to jump and roll through. 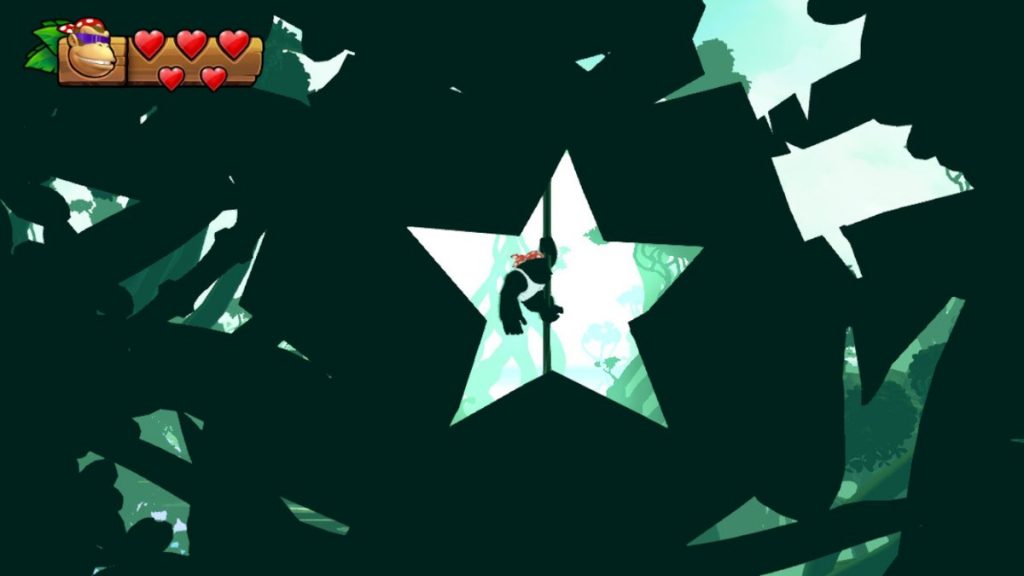 Nestled in these stages are plenty of secret and out of reach puzzle pieces waiting for intrepid apes to uncover them. Whether a reward for a particularly tricky platforming challenge or a prize for letting the stage’s architecture lead your thinking, these “Aha!” moments carry the whole experience. Mix in the K-O-N-G letter collectibles and just the right amount of satisfying challenge, and when you pull the whole package together you’ve got the king of the 2D platformer jungle.

DK’s not going on this adventure alone though. The original game let Diddy, Dixie, and Cranky Kong all buddy up with the top banana to help his own jumping reach new heights. They work as both extra hit points and movement power-ups, but it’s the extra dashes of character they bring and the unique challenges they allow that make their comebacks welcome. You’ll see it in their idle poses and animations and you’ll feel it with every ponytail twirl or cane pogo bounce, with the only real downside being the distinct lack of Lanky Kong. 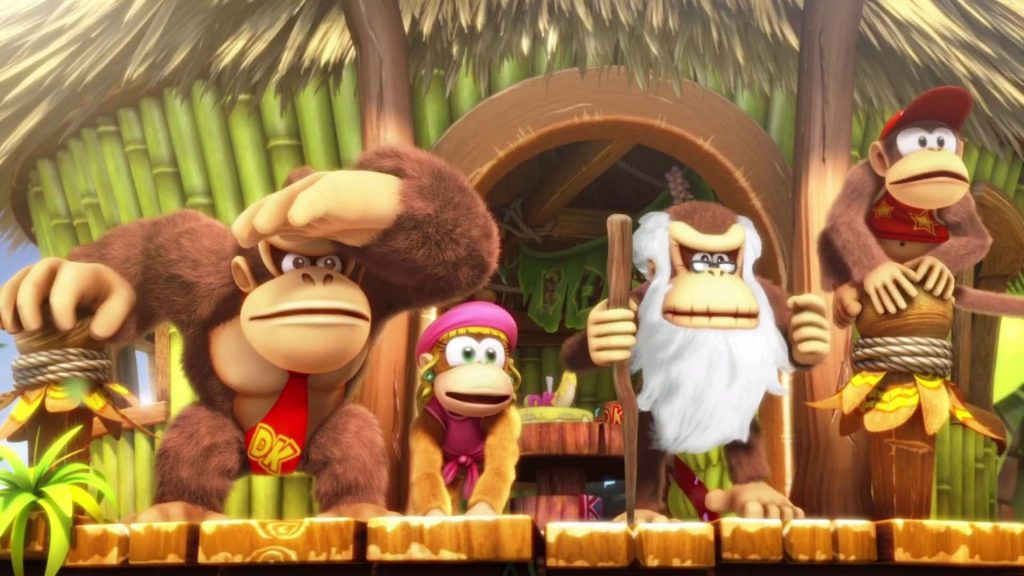 Extra notable on Switch is Funky Kong riding a wave of popularity and box art memes to steal the show with his own marquee mode. This surfin’ shop owner has managed to make Tropical Freeze even more chill by sporting the ability to do nearly everything the others can. He’s got more hearts, can jump on spikes and double jump with his surfboard, continuously roll without rest, and doesn’t need to worry about air underwater. That’s not even everything he’s got, but what really makes him great is how his character caters to new and old players alike.

On the surface, Funky Mode seems like Nintendo’s putting another “easy” option for not-so-qualified Kongs to play along. You’re able to make a few more mistakes with Funky than you could with DK, like shrugging off an extra hit or floating in air to realign a misjump. I found a different kind of value with the tubular tagalong. 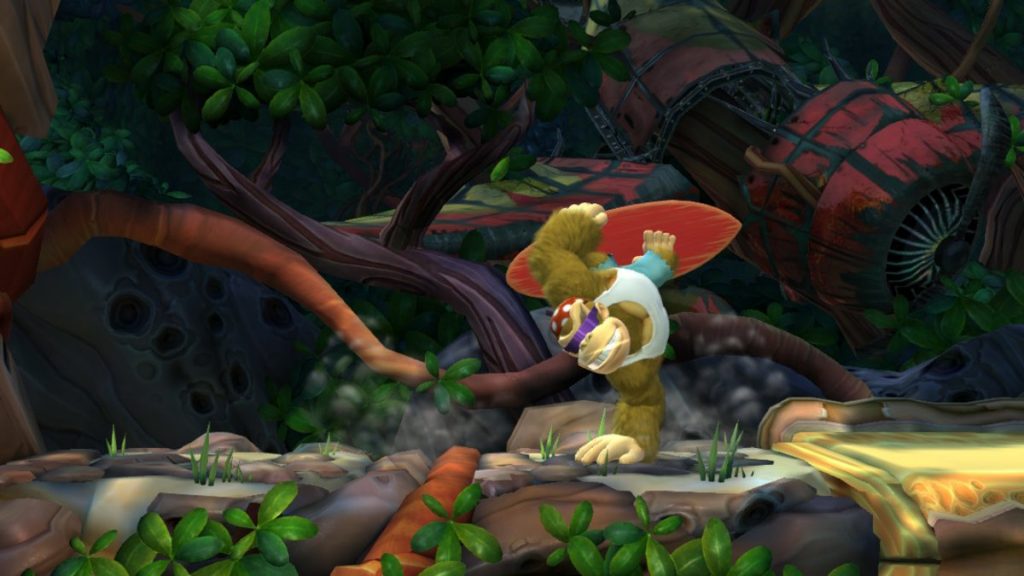 I had already finished the game on Wii U with every secret found — Funky lets me go back through these beautiful stages without much worry, so I could enjoy the set pieces and not fret about needing a certain buddy on my back or watching my health deplete. The original challenging mode is still available to offer the game as it was intended (and all you first-timers should definitely give it a try when you’re ready), but Funky offers you the chance to shift gears from a test of skill to a more stress free stroll.

The real King of Kong

There’s no monkeying around here — this is a game you need to play. Nearly everything about the experience manages to work in its favor, with my only real detractions stemming from the game’s inability to grow past its predecessors. It’s instead a refinement of everything Donkey Kong Country Returns brought back and remains the living legacy of the original trilogy. 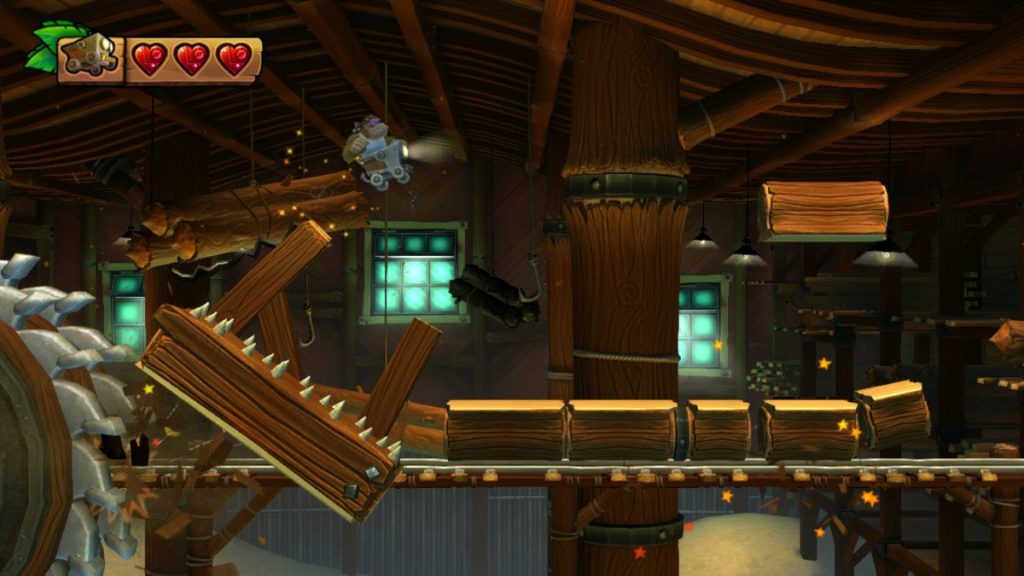 Its life system feels unnecessary and merely a remnant of older game design, and occasionally a stage’s gimmick doesn’t play out as well as it should. Boss fights sap the pace a bit as well, but the bosses themselves carry personality and fun ideas. There’s also a lack of amiibo support, which feels somewhat odd with DK and Diddy both having figures, but that doesn’t exactly lessen the game — it just seems like a missed opportunity. Still, these points feel petty and nitpicky next to my overall view of the game.

I’ve already touched on it, but I have to praise the game’s aesthetics more directly. Each world will take a different theme and roll with it with every stage having its own touches. What could’ve been a typical mine cart level is instead taken to new heights thanks to taking place inside and outside an old sawmill, and you’ll climb along giant animal puppets that move in time with the music score across a savannah (instead of typical ledges and platforms). The variety all serves the gameplay, and is unified by the colorful and beautiful art design and superlative soundtrack. 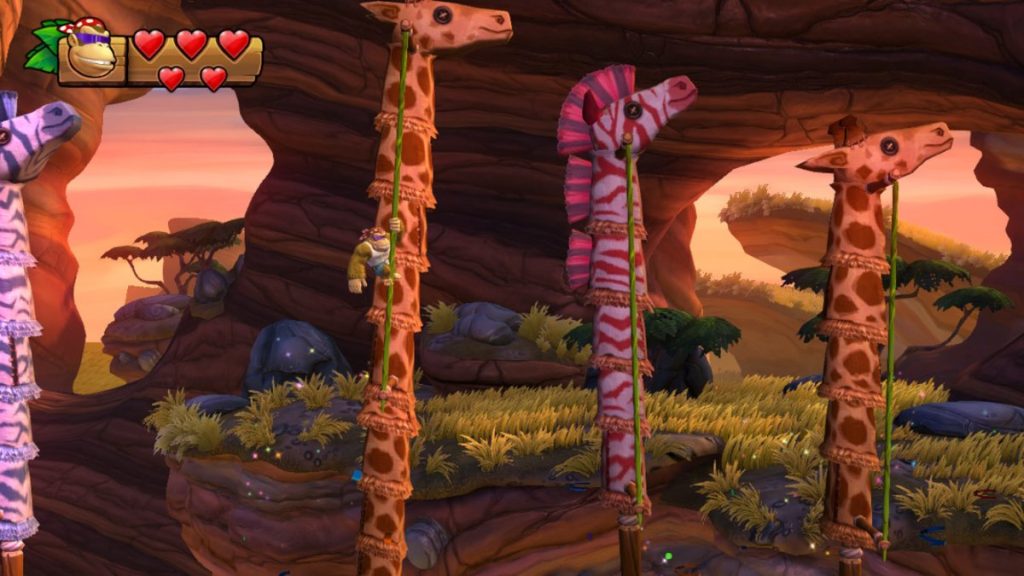 It’s hard not to see Donkey Kong Country: Tropical Freeze as a barrel of gaming perfection. When you peel back everything this top banana brings, you’ll find a Kong carried good time through well crafted and secret-packed stages. With a Funky new flavor, all the familiar taste of the first time you had it, and the delightful drizzle that comes courtesy of a more powerful and popular system, and this split sundae is worth the double dip. 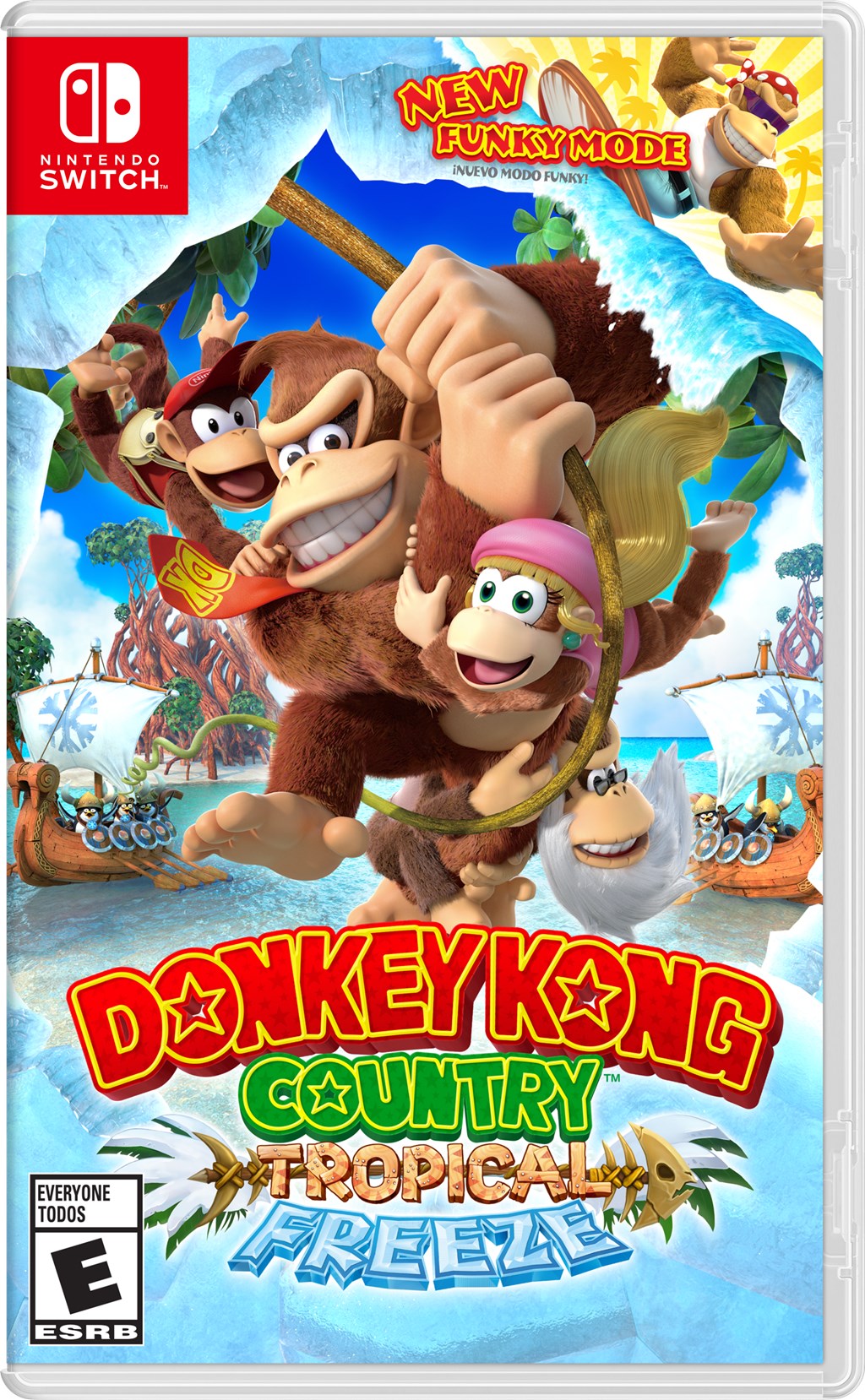