During the SNK panel at PAX East today, a new 40th Anniversary Collection, featuring games from SNK’s long history, is coming to the Nintendo Switch. 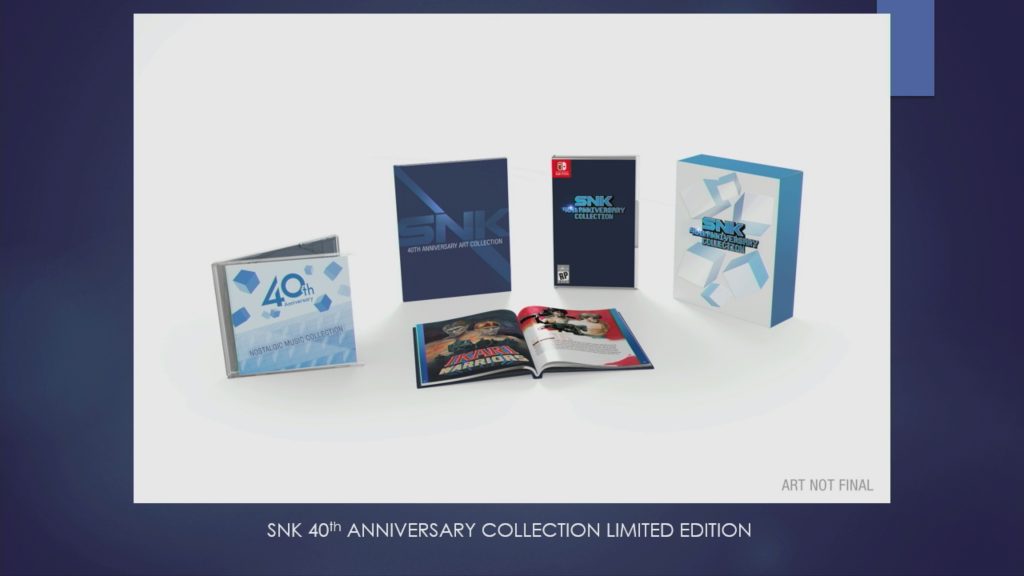 Alpha Mission, Ikari Warriors, TNK III, and many others are included. A Limited Edition was also announced, which includes an art book and soundtrack. Each game will be upscaled to 1080p as well. 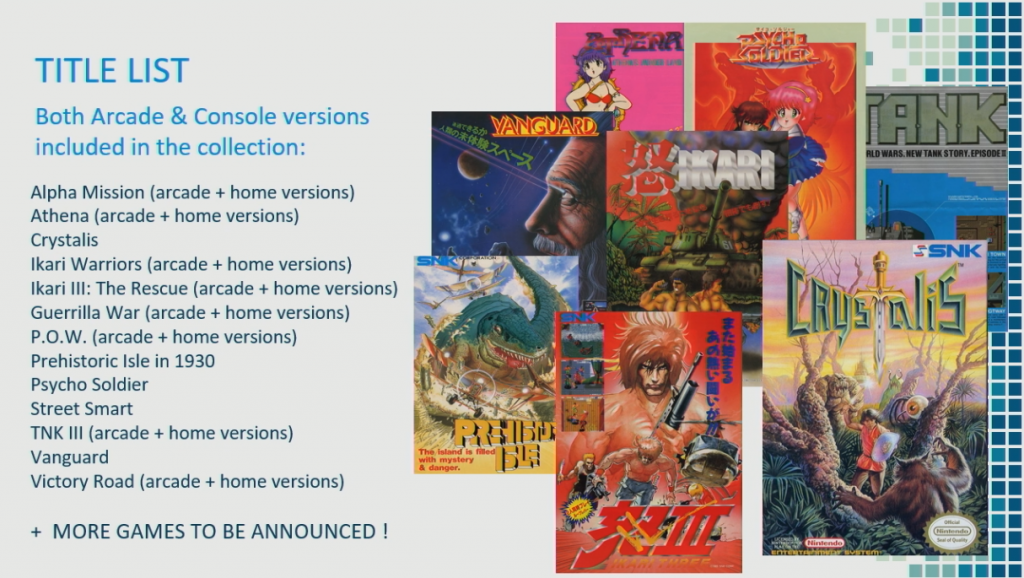 No word yet on an official release date, but stay tuned for more details. For now, you can check out information from the official press release:

This collection will feature the following titles and more (to be announced):

2018 marks the 40th anniversary of legendary studio SNK! To celebrate this extraordinary milestone, a variety of classic arcade games from SNK’s golden age are coming back together in one anthology on Nintendo Switch as SNK 40th ANNIVERSARY COLLECTION, with a treasure trove of features!

Key Features:
A Collection of Classics in Your Hands! – Take a piece of SNK history with you wherever you go on Nintendo Switch. Choose from over a dozen titles and experience an intense blast from the past!

Modern Meets Retro! – The convenience and improvements of modern gaming are all in the collection! Rewind and save at any time while you’re playing, enjoy updated graphics at 1080p resolution, and experience redesigned control schemes for a modern feel!

Enter the SNK Museum – An extensive history of SNK and its games await in the Museum Mode. Explore the legacy of one of Japan’s leading developers with high definition artwork and original promotional assets!