Street Fighter: The Miniatures Game brings three of my favorite things together

It’s rare to come across something that brings so many of my interests and experiences together, but somehow this Kickstarter’s done just that. We already knew the Street Fighter board game project was going to be coming along and Shoryuken-ing its way to crowdfunding today, but seeing it all laid out is really something.

While the $80 pledge level for the base game can look a little daunting, this is about on par with similar board games (look at Dark Souls or Jasco’s own Mega Man Board Game as other successfully Kickstarted table top) and makes sense when you see the figures themselves. Fully painted and posed in ways fans will remember, they definitely stand out. 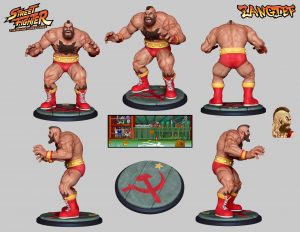 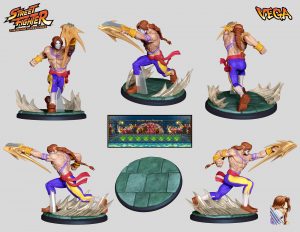 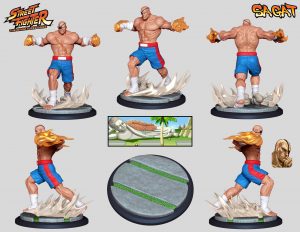 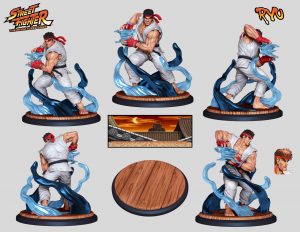 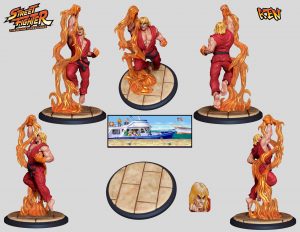 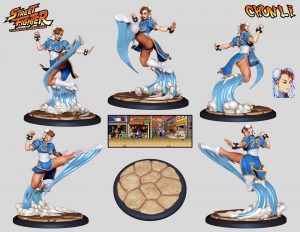 Along with the figures you’ll get multiple “stages” modeled after ones from the series, with Guile’s Air Force arena already bringing his theme music back to mind. There’s also stage element game pieces, full card decks for all the characters, and more essential boards and pieces.

There are even add-ons beyond the base game, like game themed character packs (that Street Fighter 3 pack is nailing it on character choices), but the most extensive is the Boss Expansion. This’ll add M. Bison and Akuma to the game, both with their standard versions for normal play and with souped up boss variants to turn the game into a 3-versus-1 affair. 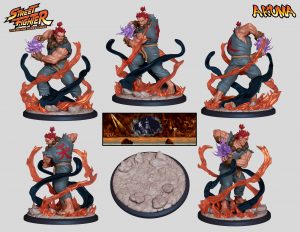 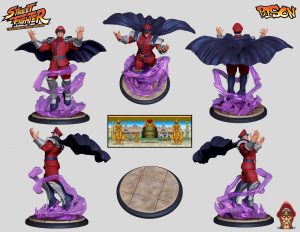 There are 30 days to think it over, but in its earliest times it’s already managed to meet over a fourth of its $40,000 dollar benchmark. At this rate, stretch goals of more Street Fighter II characters may be a possibility, with new challengers and fan favorites joining the base roster at no extra cost for backers. If funded, the game is slated for a March 2019 release, giving time for manufacture and all the other backend stuff that goes into a Kickstarter like this.

I’ll definitely be keeping an eye on this one as it goes. Street Fighter as a property has been a part of my life as far back as I can remember, playing board games with friends has become one of my go-to pastimes, and collecting figures (in this case, amiibo) is what really led to me getting into a position where I’m writing about this topic right now. It’s a perfect combo to get my interest — and hopefully it gets yours, too.