In a press release today, XSEED Games has announced that it’s bringing a limited physical release of WayForward’s Shantae: Half Genie Hero exclusively to the Switch, titled the Ultimate Day One Edition, on May 8th. The special edition will be available at select retailers throughout the US and will retail for $39.99. The Ultimate Day One Edition will include the 30-track Risky Beats soundtrack on CD and a gorgeous 100 page art book, plus all of the DLC for Shantae: Half Genie Hero — Pirate Queen’s Quest, Costume Mode, and Friends Mode right on the game card.

Pirate Queen’s Quest has you controlling Risky Boots in search of the five mysterious components of Shantae’s Uncle’s powerful Dynamo in order to bend Sequin Land to her will. In Friends Mode, you’ll be playing as Shantae’s friends — Sky, Bolo, and Rottytops — to rescue Shantae from certain doom. Costume Mode brings three new arcade-style challenges to Shantae: Half Genie Hero by introducing Ninja Shantae, Beach Shantae, and Officer Shantae. 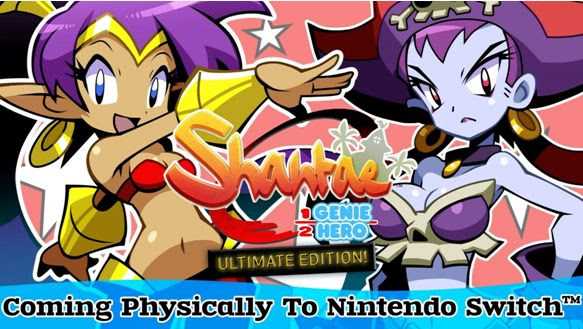 You can check out the official trailer for Shantae: Half Genie Hero Ultimate Day One Edition below: